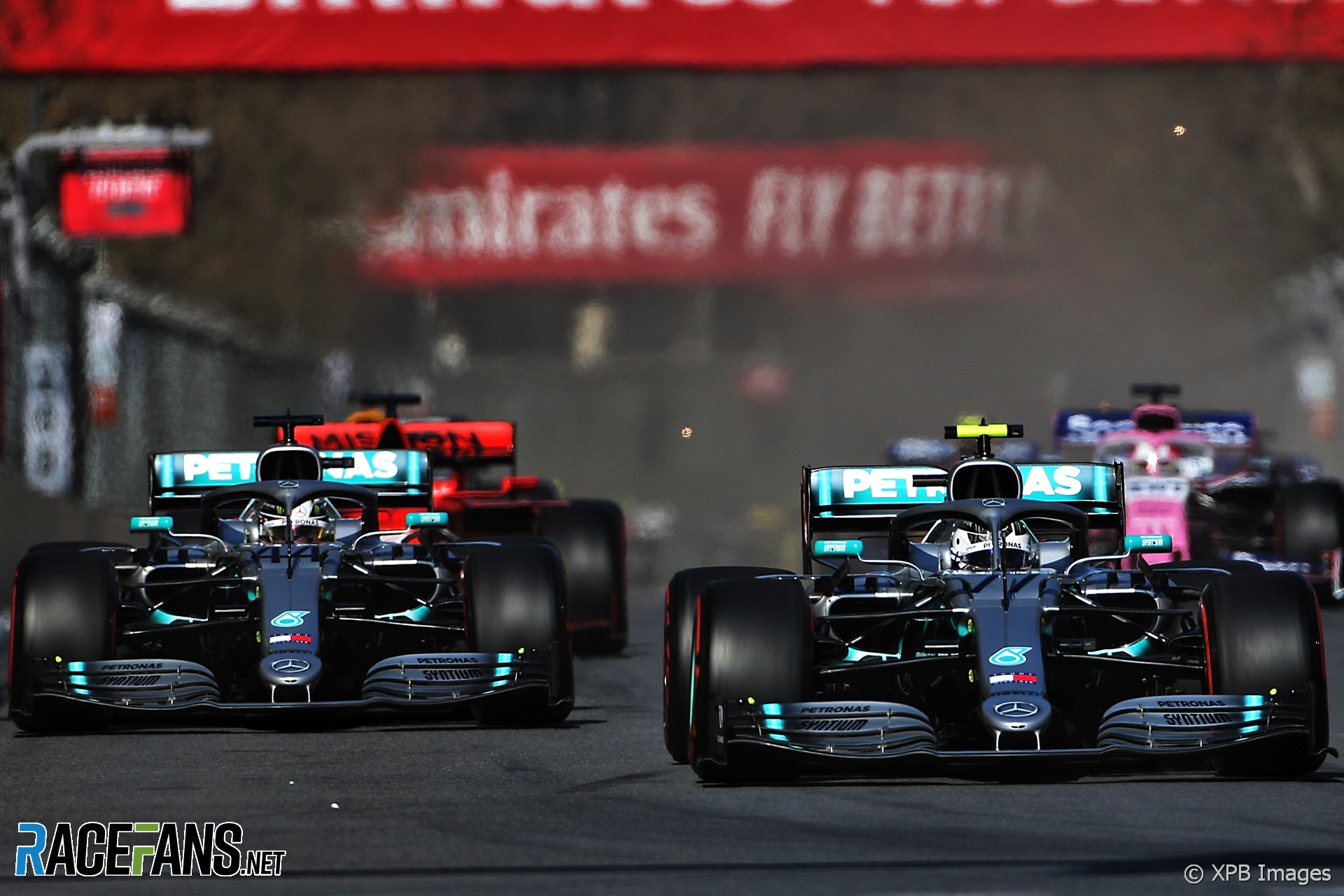 Lewis Hamilton says he was “too friendly” to Valtteri Bottas when he had a chance to pass his team mate at the start of the Azerbaijan Grand Prix.

The Mercedes driver finished second and lost the championship lead to his team mate on what he described as an “under par” weekend for himself.

“Definitely this is not our strongest race in the season,” said Hamilton. “This has always been a bit of a difficult race for me.”

Hamilton scored his only win at the Baku circuit last year after Bottas hit a piece of debris and retired.

“I just struggle here,” Hamilton explained. “There’s certain races I struggle at compared to others. I can’t really point it out. I got quicker at the end but it was too late by then.”

Hamilton said second place was “a really good result considering and a fantastic result for the team”. He said Bottas “did an exceptional job this weekend, truly deserved the win.

“I would say a bit of an under-par performance from myself so I just need to work hard.”

“I didn’t get the job done in qualifying, he did,” Hamilton added. “And in the race I was too friendly at turn one and basically gave it to him. He drove a fantastic race, made no mistakes, so he deserved the win this weekend.”