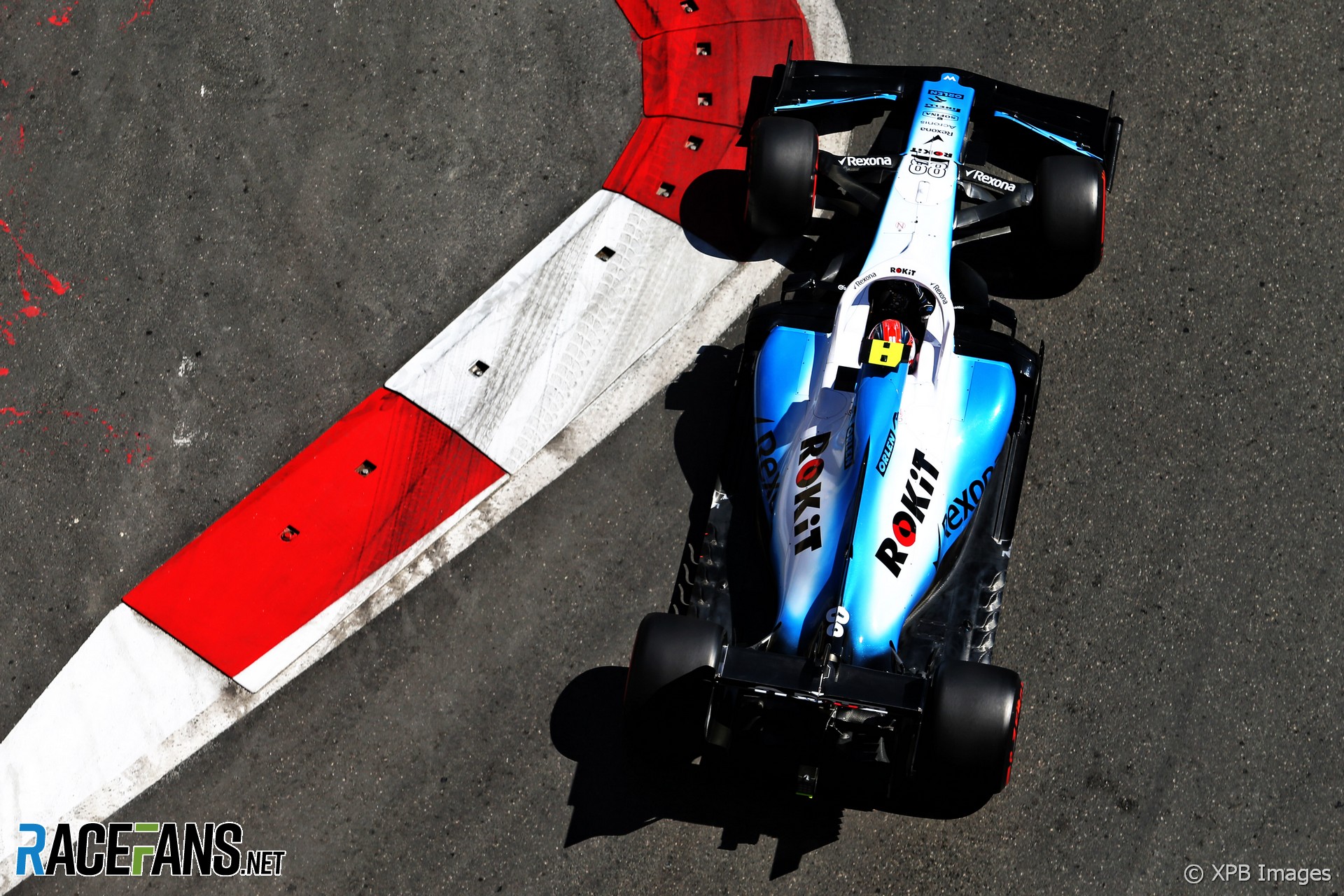 Williams confirmed it has “opted to start from the pit lane with Robert following yesterday’s incident in order to make further set-up changes ahead of the race”.

Kubica’s FW42 was badly damaged when he hit the barrier at turn eight during Q1. “I turned in too soon and clipped the wall at turn eight, which launched me to the outside of the next corner which is the narrowest point on the Formula One calendar,” he explained. “The temperature is not helping us, but this was a driver mistake.”

The Williams driver will join Red Bull’s Pierre Gasly, who was ordered to start from the pits after missing the weigh bridge during second practice.

Kubica was already 19th and last of the drivers due to start from the grid. His team mate George Russell is set to start the race from 17th following his crash on Friday, caused by a loose drain cover.

“I went into qualifying quite blind after missing all the running [on Friday],” he said. “Baku is a circuit that requires a lot confidence for you to maintain your momentum. From a personal perspective, I felt comfortable during qualifying and got the most out of the package.”

One comment on “Kubica will also start race from pit lane”