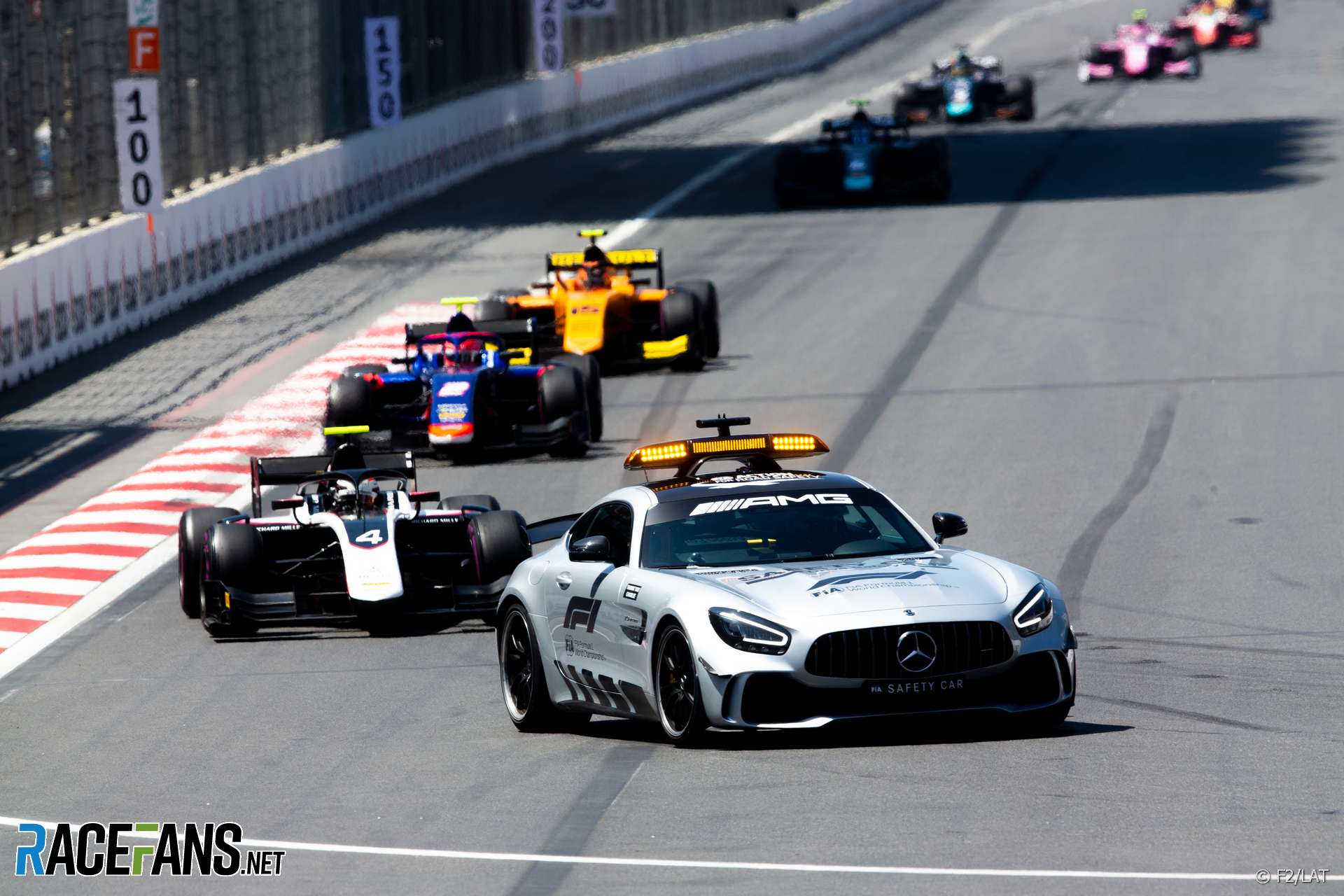 Lando Norris predicts any Safety Car restarts in today’s Azerbaijan Grand Prix won’t be as lively in previous years due to a rules change.

Until the end of last season drivers were allowed to overtake other cars after ‘Safety Car Line One’, situated before the pit lane exit, on race restarts. However for the 2019 F1 season this rule has been changed.

Article 39.8 of the sporting regulations now states that during a Safety Car period “no driver may overtake another car on the track, including the Safety Car, until he passes the [control] Line for the first time after the Safety Car has returned to the pits.” The control line, also referred to as the start/finish line, is much closer to turn one.

Norris believes this is a change for the “worse” which will make restarts “less exciting” as the race leader will not begin accelerating to racing speeds until much later.

“A lot of the restarts you saw last year, everyone was overtaking alongside over the start/finish line, so you have less chance to overtake or make places up,” he explained in response to a question from RaceFans.

“If you’re ahead I guess it’s better, less chance you’d get overtaken. If you’re behind, it’s maybe worse, less chance to overtake.”

“Basically there’s less slipstream effect because the leader starts accelerating at the start/finish line, which you only go up to fifth, sixth gear before you brake into turn one so there’s basically no slipstreaming, no overtaking, unless you really go for it into turn one.”

During Saturday’s Formula 2 race McLaren reserve driver Sergio Sette Camara was knocked into a wall by Luca Ghiotto during one Safety Car restart.

“As Lando said probably [it’ll be] a bit less exciting,” added Sainz, “unless you are F2 and you start crashing into people before that, because in the F2 race it was a bit chaotic to see all the drivers bunching up before the start/finish line.”