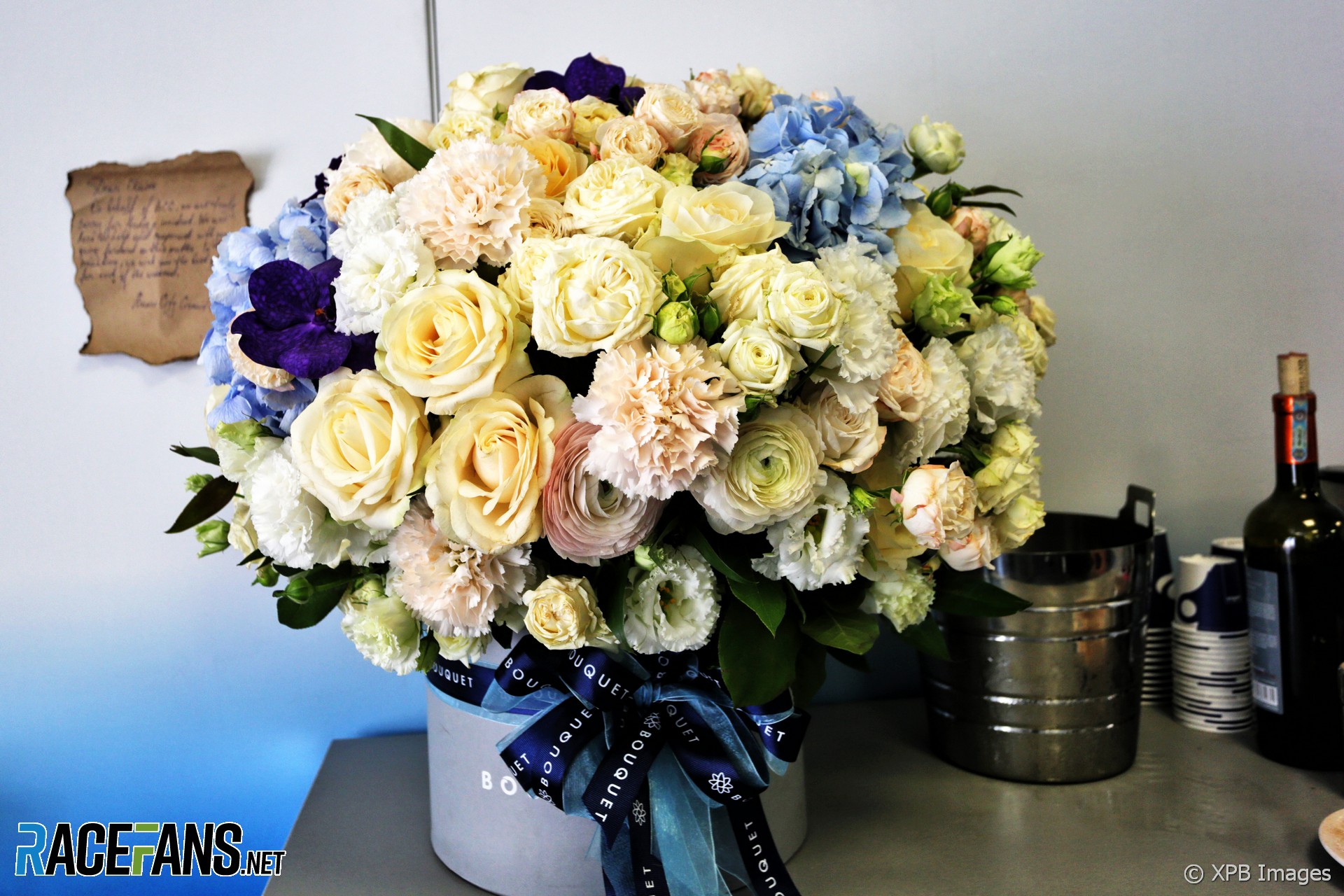 The Baku race promoters sent Williams a bunch of flowers to apologise for the drain which wrecked their car, but the team may face a seven-figure repair bill, reports @DieterRencken from Azerbaijan.

Coffee, then depart hotel by taxi for airport with Lucas Vinois, a French radio journalist, who, like me, is bag-less after Aeroflot dumped our bags somewhere unknown even to the airline.

Lucas had received a message his bag arrived in Baku, and I optimistically hope mine’s made the same journey; if not, at least I should be able to obtain the missing file reference number to enable me to track the status of my bags online.

In the end Lucas gets his bag and I get a reference number, which is about all I’d expected deep down. It feels like a step in the right direction, until the tracking website describes us both bags as “Item located, pending confirmation”. Not exactly reassuring when his is safely in his custody and mine is in another country.

Arrive at circuit, nice and early – at a time equating to 8am for ‘normal’ grand prix weekend schedules. Team curfews mean the paddock is eerily empty, with only hospitality staff about, preparing breakfast for crews.

After a few greets I head for the media centre to start researching my insurance cover. It turns out I’m covered under credit card policies, but the list of formalities is frighteningly long – and seemingly designed to dissuade claims – so I elect to wait another day in the hope it turns up before I have no alternatives. 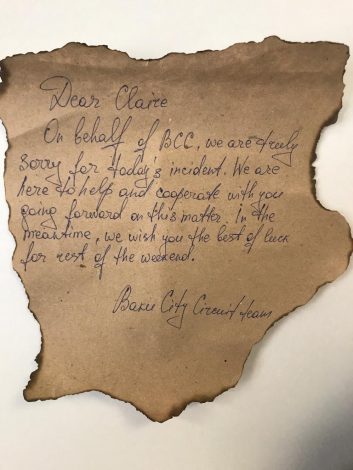 Sleuth about, then spot Bernie Ecclestone and Fabiana Flosi. We’d chatted briefly yesterday, but he seems more relaxed now he’s rested, so I broach the topic of his car collection, which is said to number over 90 – including the odd pre-war Mercedes grand prix racer (or two), Auto-Union (ditto), Vanwall, various priceless bits and bobs and examples of virtually every Brabham built during his custody of the championship-winning team.

We discuss the chances of a ‘Bernie Ecclestone Museum of Formula 1’ as his legacy – and he reveal he’d considered the idea “10 years ago, somewhere in London”, then put it on ice. I guess his squeezing for CVC, the previous owner of F1’s commercial rights, interfered with his plans.

I truly hope he gets around to it, for not only is his collection priceless, but a wonderful record of motor racing over the years. That would be the true legacy of a man who dedicated his life to the sport and its associated riches.

Then I pop in at Williams, and can’t help but see the enormous bouquet of flowers sent to Claire Williams by the circuit team after an unsecured drain cover seriously damaged George Russell’s car during first practice. A simple gesture, and no doubt heartfelt, but the damage is expected to run to a million quid or so.

I also bump into Thomas Butcher, the Australian annually charged with converting the bustling streets of a capital city into a grand prix circuit – a task made all the more difficult by the need to lay asphalt over cobbled streets in the ‘old town’.

I put to Tom that a figure of ‘over 300 drain covers’ seems a bit excessive given it equates to 50 covers per every of the circuit’s six-kilometre length –an average of one every 20 metres.

Tom explains there are indeed ‘over 300’ within the circuit perimeter, but that most of these are either sunken and covered by road, or well off the racing line. How many safety critical covers are there then, Tom?

And what has the circuit done to prevent a repeat? “Tightened up on our controls,” which suggests there was finger trouble…

He is full of praise about the calm manner in which the FIA, and particularly race director Michael Masi and chief steward Time Schenken responded to the incident. This is the biggest test they have faced so far since taking over from the much-missed Charlie Whiting in charge of race weekends. 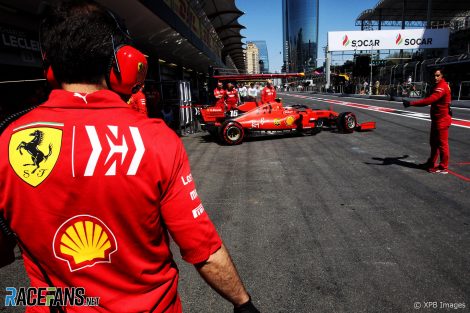 Head for media centre, having arranged to meet with Sergey Vorobeyev, the Sochi race promoter and good friend who, with his PA, pulled strings every which way in attempt to locate my baggage. Still no idea where the bag is, but am convinced Sergey’s intervention will eventually result in the matter being resolved.

Thanks, mate, for all your efforts!

Lunch in media catering area: wraps with local fillings and a couple of focaccia, followed by pastries and sliced fruit. It strikes me how ‘new age’ grands prix look after us, providing visa and meet and greet services, catering, media hotel rates and transport where required, whereas certain traditional races don’t care a rotten apple core about us. One gets the distinct impression some of them would rather the media stayed away…

F1 proceedings start, with the prior F2 race providing indicators to how chaotic this weekend is likely to be. Both FP3 and Qualifying underscore that, as you can glean from our reports. However, the difference in level of ‘ahhhhs’ in the media centre after Robert Kubica and Charles Leclerc suffer crashes is stark: proving how highly rated the Monegasque has become, and how shocked we all are at his error. 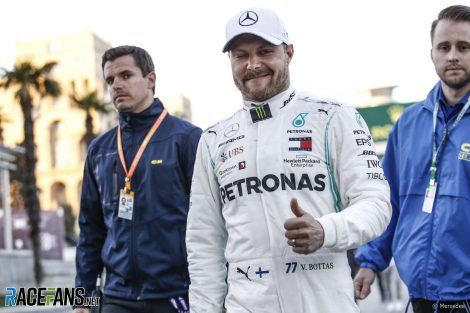 After Valtteri Bottas grabs pole position, the post-qualifying interviews begin later than scheduled due to the extra hour spent rebuilding the barriers Kubica and Leclerc trashed. I head for Toro Rossos, the Williams duo and McLaren.

Day done, I set off for hotel: an excruciatingly slow journey due to Saturday evening traffic in what is a secular state, but one in which 99.2 per cent of the country’s population are Muslim.

Arrive at hotel – message pings up from Sergey: Sheremetyevo Moscow airport (not Zeroflop!) has advised him that my bag will be on the overnight flight – just in time for my departure. Here’s hoping.