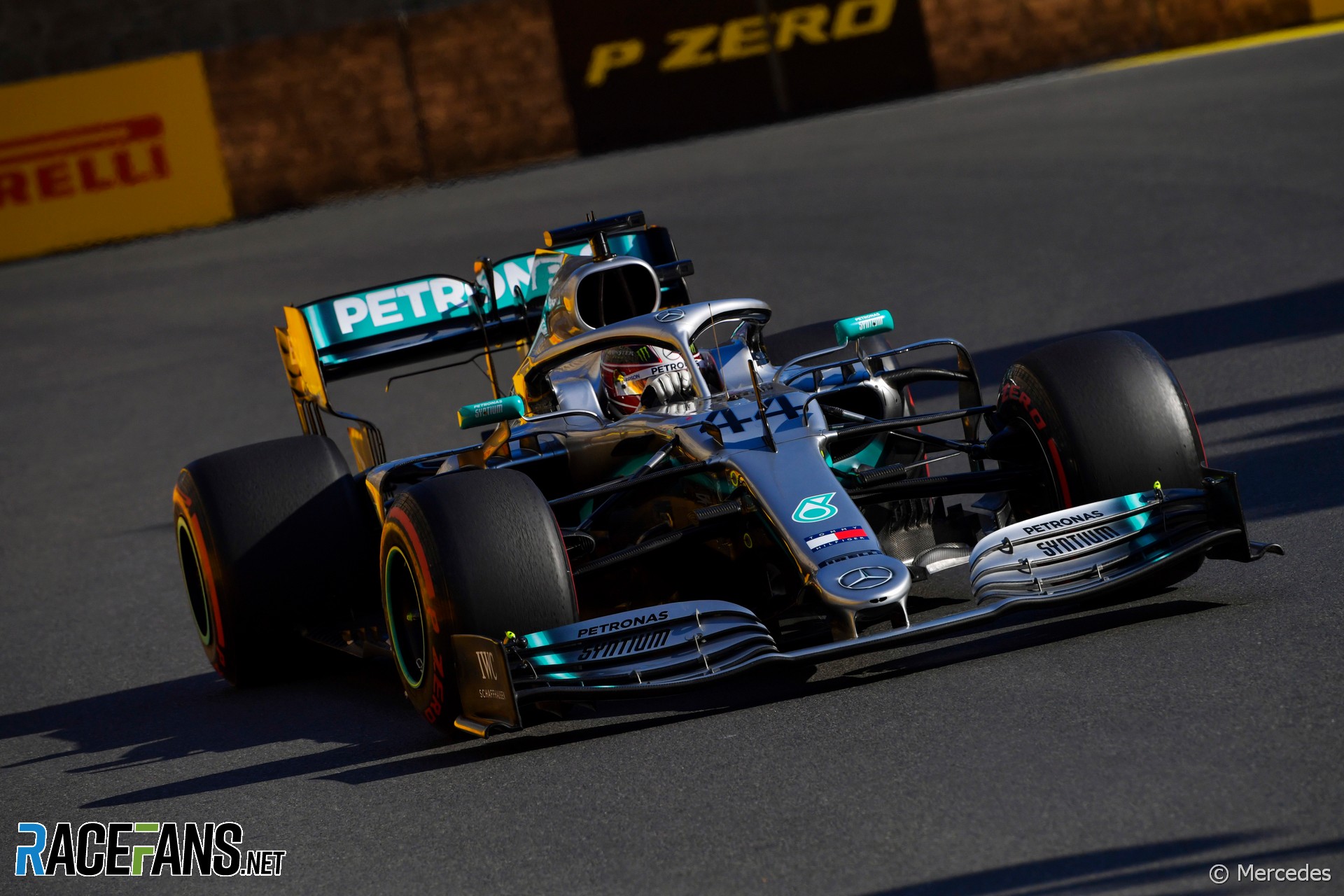 Lewis Hamilton says he understands why he lost time to Valtteri Bottas during the Virtual Safety Car period in the Azerbaijan Grand Prix.

Hamilton, who finished second to his team mate in yesterday’s race, plans to make changes to his car’s dash display to prevent it happening again.

“I lost two-and-a-half seconds, or whatever it is, under the VSC, so had to regain that and, with only nine laps to go, that was not so easy,” he said. “So, that was my fault and something I’ll work on. There’s somethings I can fix on the dash to make sure that doesn’t happen again.”

During a VSC period drivers have to stick to a target minimum ‘delta’ time through each part of a lap. Time can be won and lost based on how quickly drivers react to the VSC period ending.

Drivers can customise their dash settings to ensure they receive the information they prefer during a VSC period. Bottas confirmed he and Hamilton use different configurations.

“It’s pretty similar but between us there are some differences,” he said. “We work with a personal electronics engineer, we work [on] starts and the dash, these kind of things.

“I’ve been pleased with the information and I think I managed to be close enough to the delta time under the VSC. It was a really important restart.”