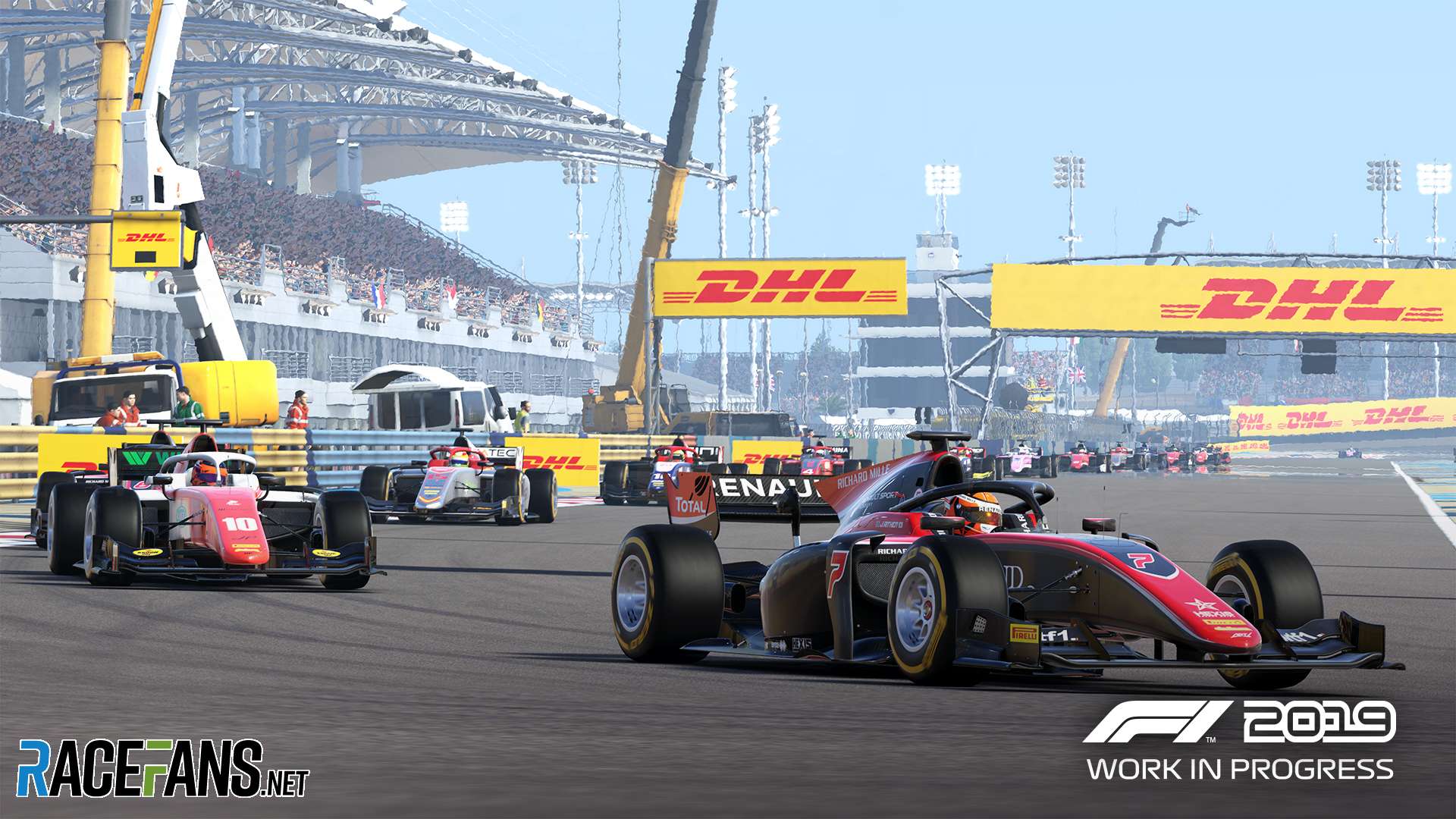 Formula 1 fans will be able to get their hands on the official championship game much earlier than usual this year. F1 2019 will hit the shelves at the end of June, almost two months earlier in the year than its predecessor.

And there’s little sign its earlier release means Codemasters have skimped on the new material. In addition to the full roster of 2019 F1 drivers and teams, new classic cars have been added and for the first time the official feeder series Formula 2 also features.

At a media event earlier this week RaceFans had the chance to spend a few hours on a pre-release build of the game, including all the F1 and F2 cars and tracks, and spoke exclusively to game director Lee Mather.

Since Codemasters took over the rights to produce the official F1 game 10 years ago, the team has been keen to release the new edition earlier in the season.

“As a Formula 1 fan I know that I would be super-excited to engage with the game earlier in the season,” game director Lee Mather explained to RaceFans.

“It’s more relevant. We’ve always wanted to come out as early in the season as possible and keep the game relevant for longer. People are craving Formula 1 since the start of the season and we wanted to try and get as close to that as possible. It’s been a goal since the beginning.”

With an expanded team of around 110 people working on the game, F1 2019’s worldwide launch will be on June 28th (the ‘Legends edition’ will appear on June 25th). To their credit, they have resisted the temptation to bring the release forward by slapping the new liveries on last year’s game and pushing it out of the door. 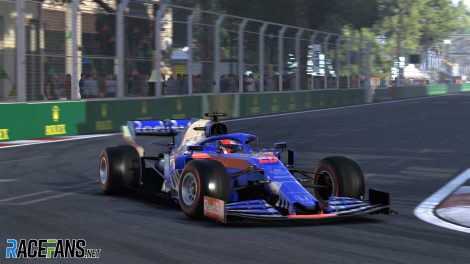 As far as the core 2019 F1 season gameplay is concerned, however, circumstances dictate that not a great deal has changed here. The same roster of 21 tracks from last year’s game returns – inevitably, as it matches the 2019 F1 calendar – and various team and driver changes have been updated.

In order to meet the earlier deadline, a standard 2019 car shape was created for the early version of the game we played. This car, created with the input of Formula 1 Management’s Ross Brawn and Pat Symonds, will also feature in the multiplayer version.

Mather says the teams’ individual car shapes should be ready for launch but “that’s not guaranteed.”

“We will obviously to everything we can to hit that if possible,” he explains. “If there was ever going to be a compromise somewhere that was going to be probably the area that it would be.

“Obviously we’ve always had in mind that we don’t want to compromise quality. So as long as we’re confident the quality bar is still there, that’s something we’re prepared to do, to give people access to the game that little bit earlier.”

The teams’ performance levels will also be updated. This will include making Ferrari a little less competitive, as they have failed to live up to pre-season expectations.

“Every year we always look to update the teams’ performance as we [understand] where they are. At the moment what’s in the game is what we expected the season to be like.

“We’re pretty close, but obviously once we hit Barcelona that’s really the benchmark for how the cars’ are performing. Up to then the tracks either favour one team or another in performance.

“I think at the start of the season we were expecting to see Ferrari be more dominant than they are at the moment. Mercedes is still proving to be the car to catch. So we’ll continue to make tweaks to the performance of the vehicles in the season as we’ve done in previous years.” 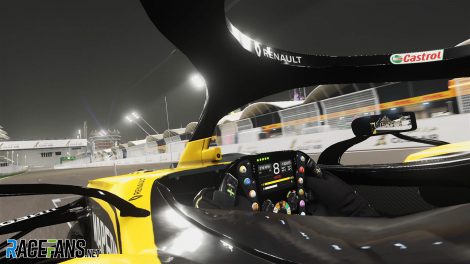 At the wheel, F1 2019 feels very similar to its predecessors. But as the sport embraces Netflix and other new platform in a bid to win new fans, Codemasters have done more to help beginners master the more complicated aspects of the game, such as the tyre rules and ERS deployment.

“We’ve now added some additional help screens as you go through the game, just to give people an understanding of what to expect. We haven’t taken for granted that people who play the game understand Formula 1. It’s a complicated sport and we want everyone to be able to enjoy it.

“So from the assists that you have on-track, that allow people to actually get the car around, to understanding things like the tyre rules, the changes in the points, we’ve now added some paginated help that comes up throughout the game.”

An officially-licensed game such as this always has to be all things to all people: accessible enough for inexperienced newcomers, but authentic enough for devotees. Seasoned veterans of the Codemasters series will be pleased to know the concessions towards new players don’t get in the way of immersing yourself in the detail of the game.

Visually, all the detail changes for the new season are present and correct, from the sheen on the tyres to the new ERS lights. F1’s official on-screen graphics are also used more extensively throughout the footage, and you can sit back and scrutinise your performance using new, automatically-generated highlights reels.

Feedback from fans after last year’s release told Codemasters to prioritise on enhancing the multiplayer side of the game, according to Mather. A key aspect of this was allowing users to modify their car and driver designs. “Customisation’s big in a lot of other games,” he explained.

As the multiplayer game now uses a specially designed 2019 car model which is not linked to any of the 10 teams, Codemasters have now granted players some freedom to create their own designs. This is done by selecting a series of skins and colour options, though we weren’t able to test it out during our demo play.

There is also in-game support for players who want to set up their own leagues. “We deal with quite a lot of the leagues regularly,” says Mather. “You see they run spreadsheets, they’ve got their own websites and they set up all those things. That’s great for those guys but most people who would like to participate in a league don’t know where to go. How do they get involved?

“So now you can search in the game, find a list of leagues, search for the relevance that suits when they play, the style of racing, whether it’s long or short races, whether they race during the week. Also regionally, you [might] want to race people in the same territory as you so they’re all able to race at the same time.”

Updates to the multiplayer code are being made continuously throughout releases to address concerns over performance. “We’re always constantly working on multiplayer,” he says. “We have a team of people who work on the network code and they never stop. It’s not a case of ‘this is the ’18 game, the ’19 game, the ’20 game…’, this is a team who just constantly work on that particular area.” 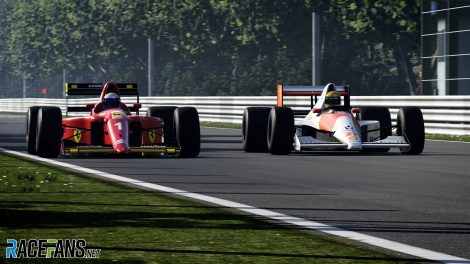 Marking their 10th anniversary as producers of the official Formula 1 game, Codemasters have secured the licence to incorporate the image of arguably the sport’s most famous driver, Ayrton Senna. Paired, naturally, with a recreation of his arch-rival Alain Prost, you can adopt their likenesses as you in-game avatar and, more excitingly, race as either driver in a series of eight special in-game challenges.

This concept creates a level of expectation the game may struggle to reach. Which classic moments in the history of Senna and Prost would you most like to recreate? Senna chasing Prost in the Monaco rain, the 1989 title-decider or Prost’s stunning 1990 comeback from 12th on the grid in Mexico?

it’s a great concept, but realistically it’s constrained by the availability of rival cars and historic tracks to fill in the picture. The one challenge we played was a by-the-numbers affair set around 2019-spec Monza, which involved overtaking 10 Lotus 79s (which neither driver ever raced against) before catching your opposite number.

However Codemasters have done the usual first-rate job in recreating their classic cars, in this case a 1990-spec McLaren MP4/5B and Ferrari F1-90, both of which look and sound fantastic. The final version of the game will include more classic cars including – here’s a sign of the times – two which featured in Codemasters’ 2010 title.

Players can inspect and learn more about all the cars they collect in a dedicated showroom, and a new trophy cabinet lets you show off the silverware you accumulate during your virtual career. 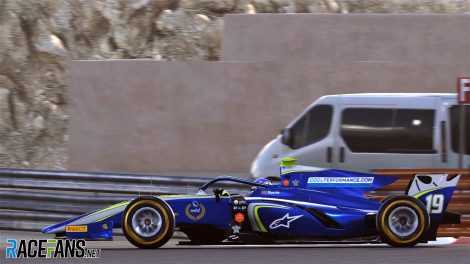 The existing F1 career mode has been enhanced in the new version of the game by the long-awaited of feeder series Formula 2. The team describe this as being like creating two games in one and you can see why.

Players get a fully-realised 2018 F2 championship (featuring the likes of Lando Norris and George Russell) and the full 2019 season will be added too after the game’s release. The full F2 weekend structure is reflected, with a mandatory pit stop feature race plus a short feature race, and the correct points system.

You can race in F2 as part of a route into F1 and attract the attention of the grand prix teams’ driver development programmes. Catch the eye of Mercedes and you could land a place in one of the Mercedes-powered teams when you graduate.

The game introduces two new characters at this stage for you to compete with. Although we weren’t able to try this out, we were shown footage of how they fit into the game, and how you develop a rivalry with them. Team orders even figure in the competition – one of your rivals is seen barking: “Next time the team gives you an instruction, follow it!”

Completing a thoroughly authentic F2 experience, the official commentary team have also been drafted in. David Croft and Anthony Davidson continue to narrate the F1 action while Alex Jacques and Davide Valsecchi do the honours for F2. 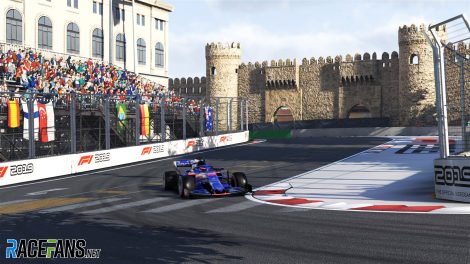 The earlier arrival of the official Formula 1 game clearly hasn’t come at the expense of adding new material to the game. As always we’ll reserve judgement until playing the finished code.

For the team, the 10th instalment of the series for major platforms feels like a culmination of the previous titles, especially when it comes to fleshing out the career side of the game by incorporating F2.

“We regularly go back and play the other games,” says Mather. “There’s so much good stuff in them. I think we’ve managed to bring through all the things we loved in the previous games and do anything we liked back them so much better now. Also we’ve got a good understanding of what people enjoy and what people want to play in the game.

“We focused on those areas and really polished those up to the standard I think we’ve always wanted to reach. We always had that vision for the career to be more than just on-track. That’s something we’ve really been able to build on.”