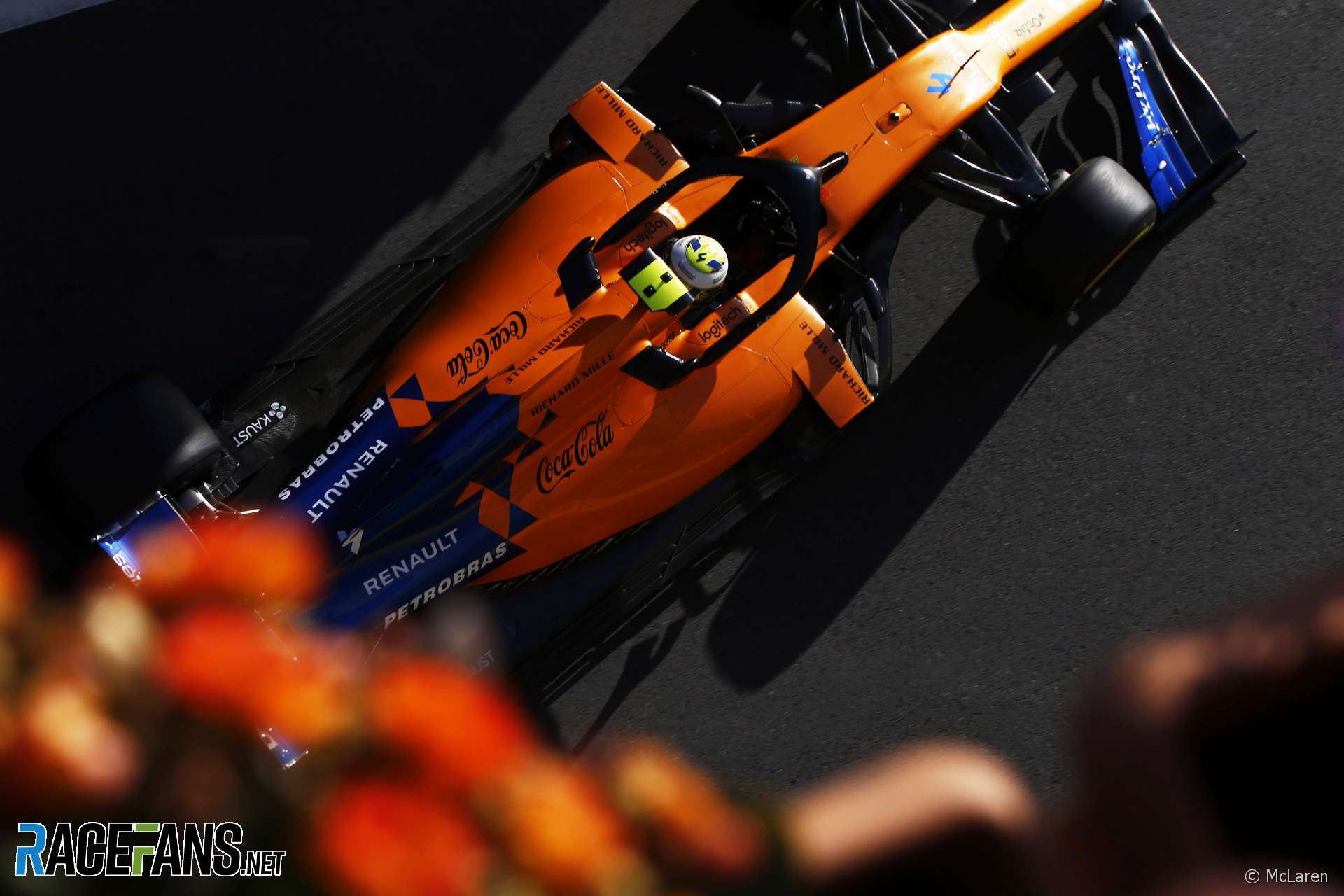 In the round-up: McLaren Racing CEO Zak Brown says the team is beginning its journey to recovery now, having seen its performance deteriorate during last season.

So it feels like we’re starting the journey to recovery. Last year we were talking more about the start of the road to recovery but by the end of the year [it] felt like we we’re less competitive than the start of the year, where now it feels like we’ve started in a more competitive situation. It’s nice to kind of rebound from China qualifying to have a strong qualifying [in Azerbaijan].

[There’s] still a long way to go but pleased with all the hard work everyone’s doing.

In Career F2 is 3 events, with a narrative. You can do the full F2 season in Championships. The rivals join you in F1, but can retire and be replaced by the F1 drivers they replaced.

"I just can't identify with a generation that wants to share everything, at all times. It's not that I have something to hide, not at all. I think many people are thinking that life of a Formula 1 driver is a lot more exotic than my life is, but I actually like to have a normal life, and I think I qualify as living a normal life. But I don't have the desire to share. Why? I don't get the point. Why do you need to tell people what you are doing?"

"British driver Jamie Chadwick, 20, stood on the top step of the podium at Hockenheim today to become the first ever W Series race winner."

Paul di Resta: "The fluctuation in tyre performance, for the same pressure, same temperatures, it was like driving on slicks. There was nothing there."

Should Codemasters strip away the non-racing aspects of F1 2019?

The biggest no-no for me is that they are focusing too much with the sideshow than racing. If they want to present management, then make a manager game separately of the racing game. I don’t care for answering the questions of journalists and things like that.

Instead of this, they should focus more on the damage models, parts failing and so on.

And I must say that replacing of driver pictures with their CGI images looks catastrophically cheap and on par with games from a decade ago. Less of those animated nonsense would be great.
@Proteus

32 comments on “McLaren “starting the journey to recovery” – Brown”