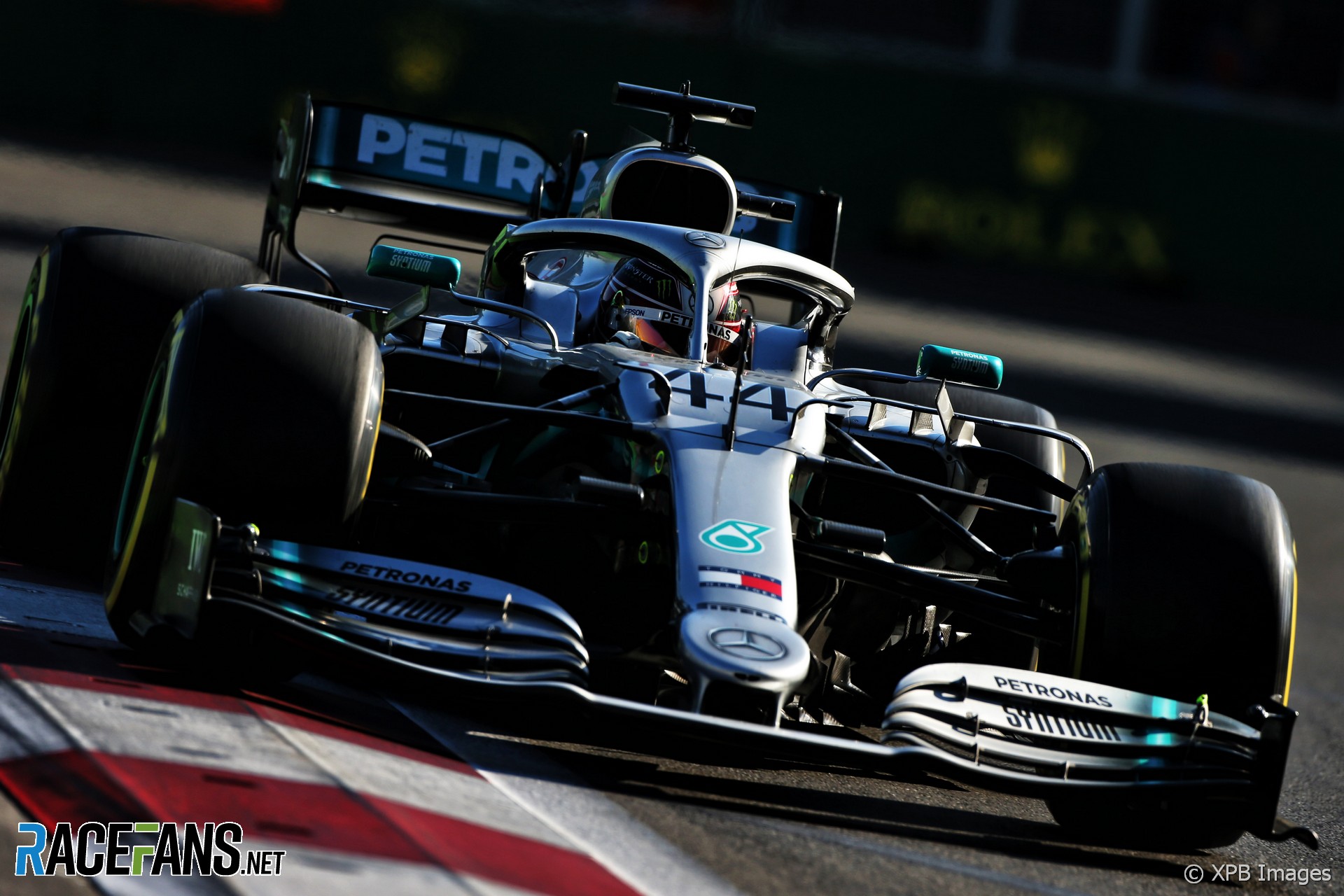 In the round-up: Lewis Hamilton says it has become even harder to keep Formula 1’s latest generation of tyres performing at their best.

I think the tyre this year seems to be a little more complex than last year understanding it.

The beginning of every season we’re always struggling. Everyone is trying to understand the different tyre windows. The window of these tyres is even more narrow than it was in the past, which was pretty small before and it’s even smaller now. They keep putting up the pressures every weekend or every year so it gets harder and harder.

[We] build a car to try to work on as many of the circuits, 21 grands prix, so trying to find the balance is very, very difficult because there’s never a perfect balance on each one, there’s kind of an average balance that might work everywhere. But when the tyres then come into it and also the engine, it gets harder and harder.

But as we get through the season we’ll learn more and more. I think we’ve definitely lucked [in] at least in one race, which was in Bahrain, but we were pretty good in the race and [China] was obviously spectacular for us.

Jair Bolsonaro, who was elected Brazil's new president last year, claims the country's race will move from Interalgos in Sao Paolo to a new circuit in Rio de Janeiro's Deodoro district next year.

"We have a few aero parts to add to the front wing and rear of the car. We are also looking at some mechanical tweaks to improve car balance."

Harding seeing results of building team from ground up (IndyCar)

"When you tell people we’ve won COTA, people tend to listen to you a little more."

"If the car's great low speed corner entry speed can be combined with more consistency on corner exit, then we might once more be looking at the sort of performance that saw last year's car as the class of the field at Monaco. As ever, a good clue for this will be its performance through sector three at Barcelona."

"Formula 1 announces the Emirates F1 Chicago Festival will be hosted in the historic and scenic grounds of Soldier Field on Saturday 8 June. The announcement comes following the huge success in Shanghai, marking the 1000th Grand Prix."

Is Jean Todt right to say the driver needs to make more of a difference in motorspots such as F1?

I don’t think Todt is necessarily talking about a spec series, but an F1 in which the performance of all the teams is so close that the driver can make a difference.

Essentially, think of it as F1 without any of the ‘big three’. In the midfield, any combination of car or driver could win on their day. If Sainz has a blinding weekend for example, more often than not, he will come best of the rest, or at least challenging up there. If Verstappen does the same, it just means that he’ll still finish fifth, barring any issues for the cars ahead.
@Mashiat

Happy birthday to Kbc and Taurus!

26 comments on “Hamilton: Tyre operating window ‘even narrower than before’”