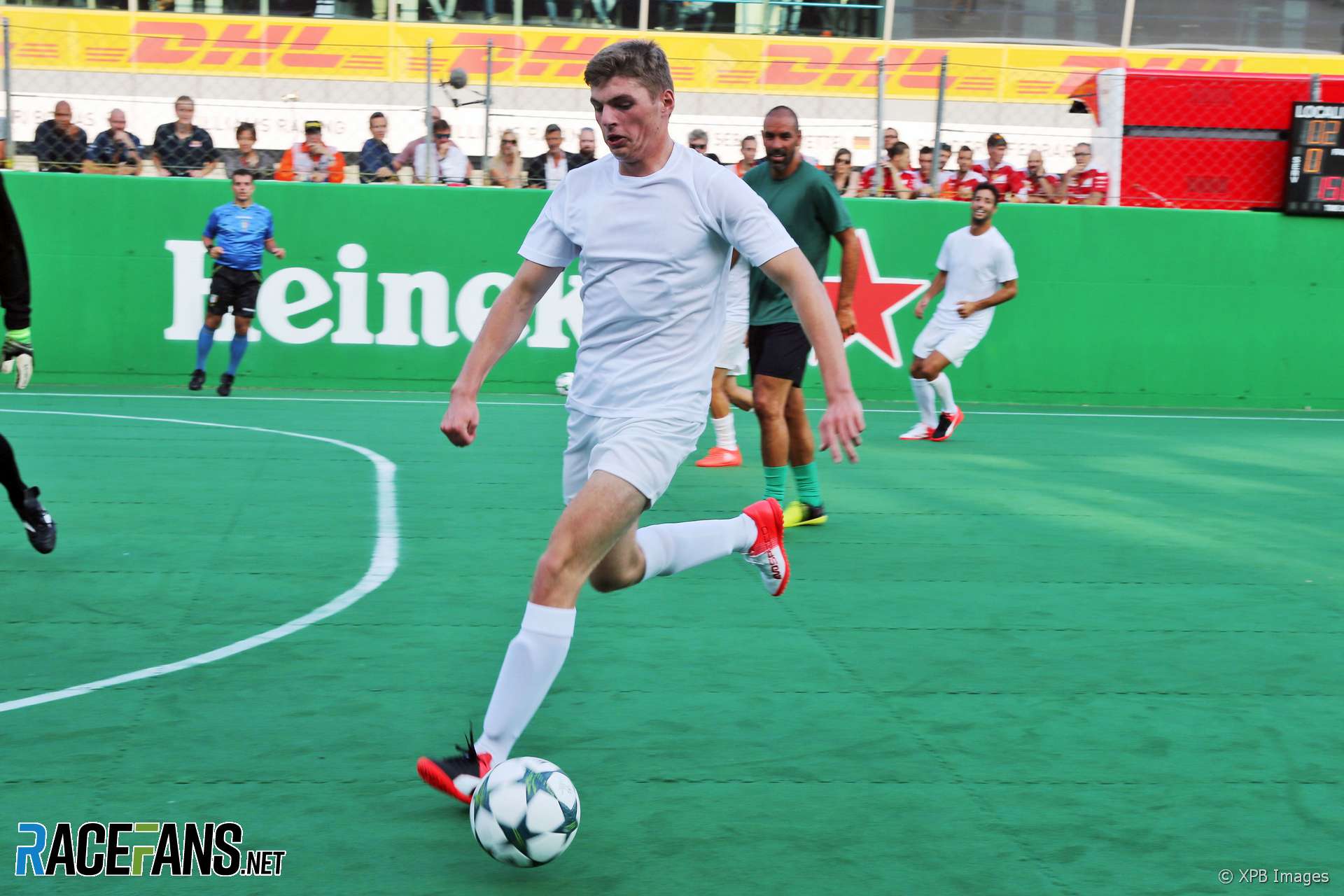 The Red Bull driver said he followed the progress of the semi-finals stage of the tournament, which saw Tottenham Hotspur and Liverpool come from three goals down to secure places in the final.

Verstappen said he was supporting Dutch club Ajax, who were knocked out by Tottenham yesterday. “I was having dinner and I was just following it on my phone,” he said. “I thought OK, that’s in the pocket.

“The final few seconds was a bit dramatic, between Ajax and Tottenham. The other one I was flying but when I landed I saw the result.”

“I’m a PSV fan but still I would have liked Ajax to win,” he explained. “I mean, I’m not crying, like some of my friends.

“Some of my friends were very emotional after the game. One didn’t respond for an hour when I said to him ‘bad luck’. He came back to me and said he was not feeling too well, I’m not that devastated but it would have been great for Ajax to be in the final.”

Asked whether an F1 race could produce that kind of drama, Verstappen said: “You can’t.

“It’s basically like being three laps down and suddenly the guy wins the race. It’s just a different sport, different things can happen, the emotion as well. It’s like one that game is decisive for the rest of the championship. It’s different: We are doing 21 rounds.”