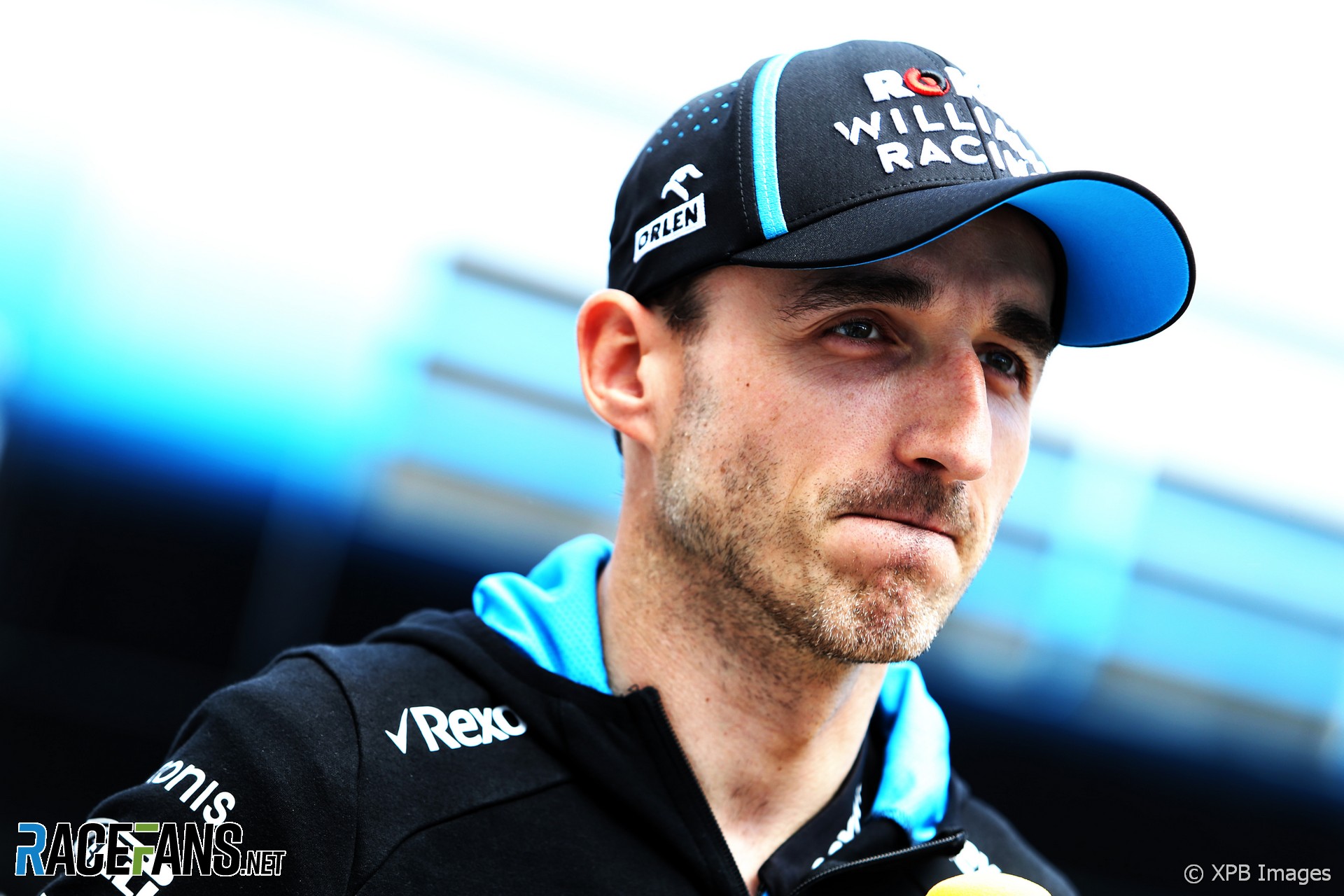 Williams has not been able to confirm Robert Kubica’s impression that the two FW42 chassis it produced for the start of the season performed very differently.

Following the first race weekend of the year Kubica said he and team mate George Russell “are driving two different cars on the same set-up.”

However team principal Claire Williams says they are “still trying to get to the bottom of that.”

“I know Robert has thought that the floors were slightly different. We haven’t been able to clearly demonstrate through scans that we’ve done that they are. But clearly if a driver is telling you that he believes one if different then we’ve got to get to the bottom of that which we’re trying to do at the moment.”

Williams’ efforts to understand Kubica’s feedback have been complicated by the damage Russell suffered during practice for the previous race.

“The feeling that Robert had around that floor was the floor that was on George’s [car] during the Baku manhole cover incident. So that’s effectively gone.

“But the chassis, are far as we’re concerned, themselves, they’re identical.”

The team will attempt a fix this weekend for another problem Kubica has urged them to address.

“There are a number [of problems] around mechanical in particular that we’ve understood. We have a particular issue with our brakes system that we believe we’ve found a solution to but again we’ve got to wait until we run that solution tomorrow and then we’ll understand whether we’ve resolved that problem. If we can fix that and then some of the other mechanical issues that we’re looking at at the moment then we’ll be in better shape.

“But clearly the aero programme, to deliver performance from an aero perspective, is ongoing.”