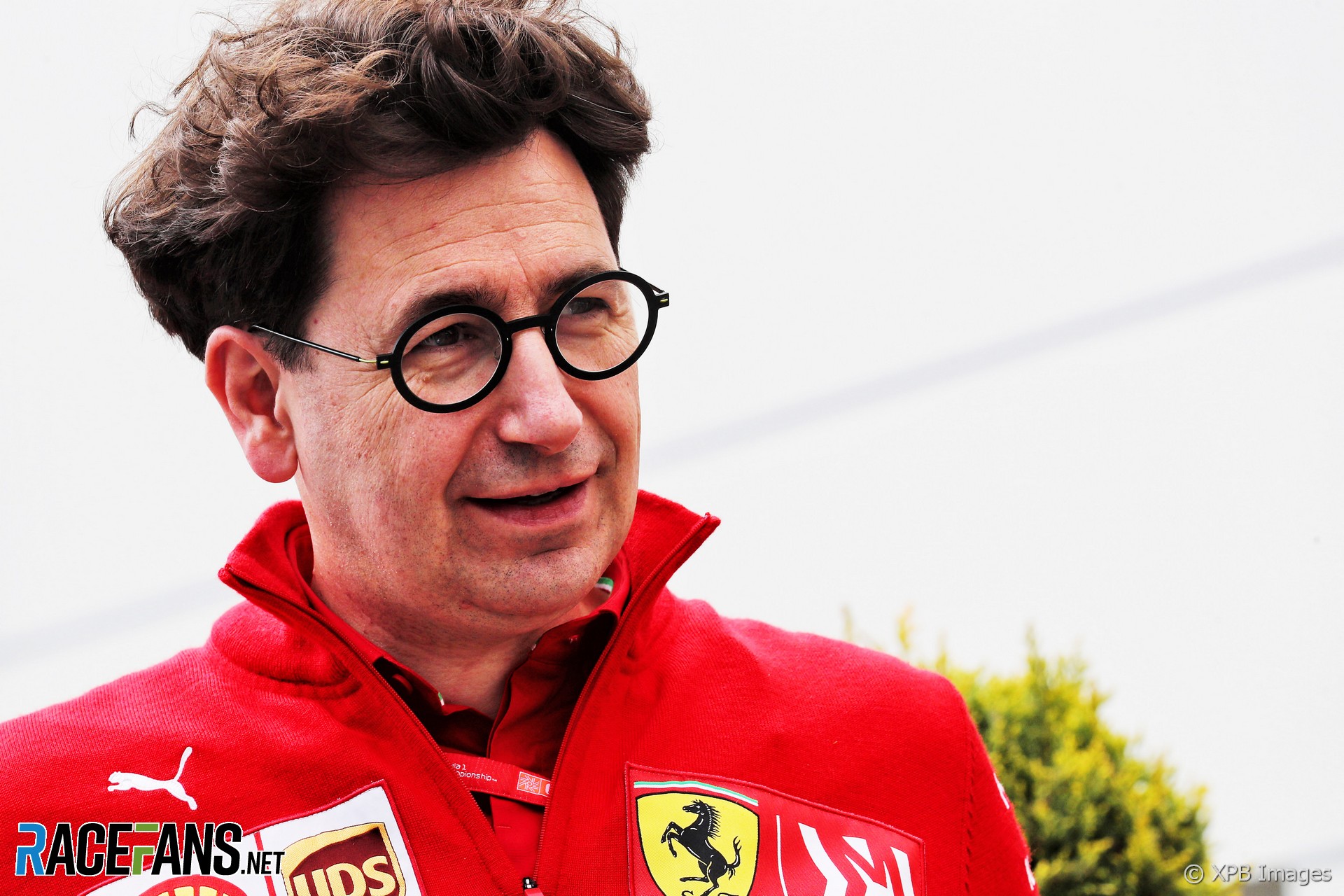 Ferrari intends to keep its power to veto changes to the Formula 1 rules if it remains in the sport beyond 2020, team principal Mattia Binotto has said.

In response to a question from RaceFans in today’s FIA press conference, Binotto said the power serves to “protect” all the teams, not just Ferrari.

The existence of Ferrari’s decades-old veto has been controversial. In 2015 the FIA claimed Ferrari, under Binotto’s predecessor Maurizio Arrivabene, used it to block changes to the engine regulations intended to reduce the cost of power units.

FIA president Jean Todt, himself a former Ferrari team principal, said the team’s veto will be discussed within the negotiations surrounding whether Ferrari commits to the sport beyond the 2020 F1 season, after which its current commercial agreement expires.

Binotto confirmed they are beginning these discussions and Ferrari’s preference is to retain its veto.

“[It’s] something that we are starting discussing with both FIA and F1 and I think that we are doing well in that respect and hopefully we can keep the same rights.”

50 comments on “Ferrari hopes to keep F1 rules veto: “It protects all the teams””