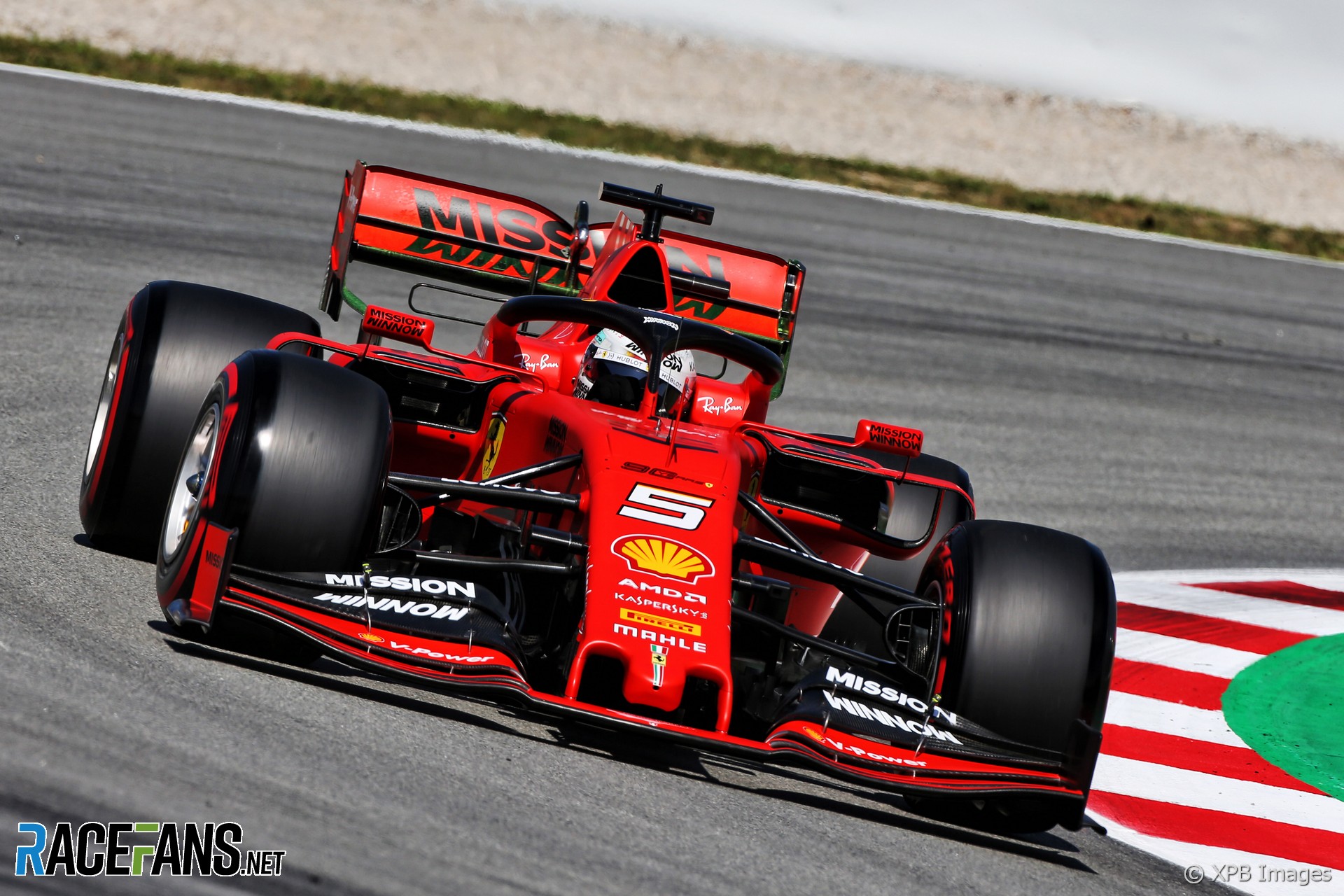 The team is running its ‘spec two’ power unit for the first time at the fifth race of the season. Each driver is allowed three engines for the 21-race championship, meaning each unit typically needs to cover seven races.

However Binotto stressed it is “not the plan” for the team to use more than three engines per driver. “The early introduction does not mean that we cannot still use P1 in some races, that can be an option,” he explained. “But we are not hoping to have four engines per season per driver.”

The team originally intended to debut its new engine specification at the Canadian Grand Prix in four weeks’ time. Binotto said its introduction, and other upgrades, had been brought forward in response to their poor showing in the Australian Grand Prix.

“Obviously when you are planning such a change in your schedule or planning you need to do it a few weeks ago. It’s not something we decided last week.

“Having started the season in Melbourne we recognised that somehow we may have been late on our performance compared to our competitors. We tried simply to push on all the main items where we were already planning developments and we were simply looking for opportunities and anticipating some of the problems.

“We did it already with an aero package in Baku which was somehow introduced earlier.

“We did it here as well for the power unit. You simply achieve that by trying maybe sometimes to shortcut or to intensify the activity. I have to say that the people back at Maranello, we intensified our activities and we are working still very hard. That’s what we need to do at the moment.”