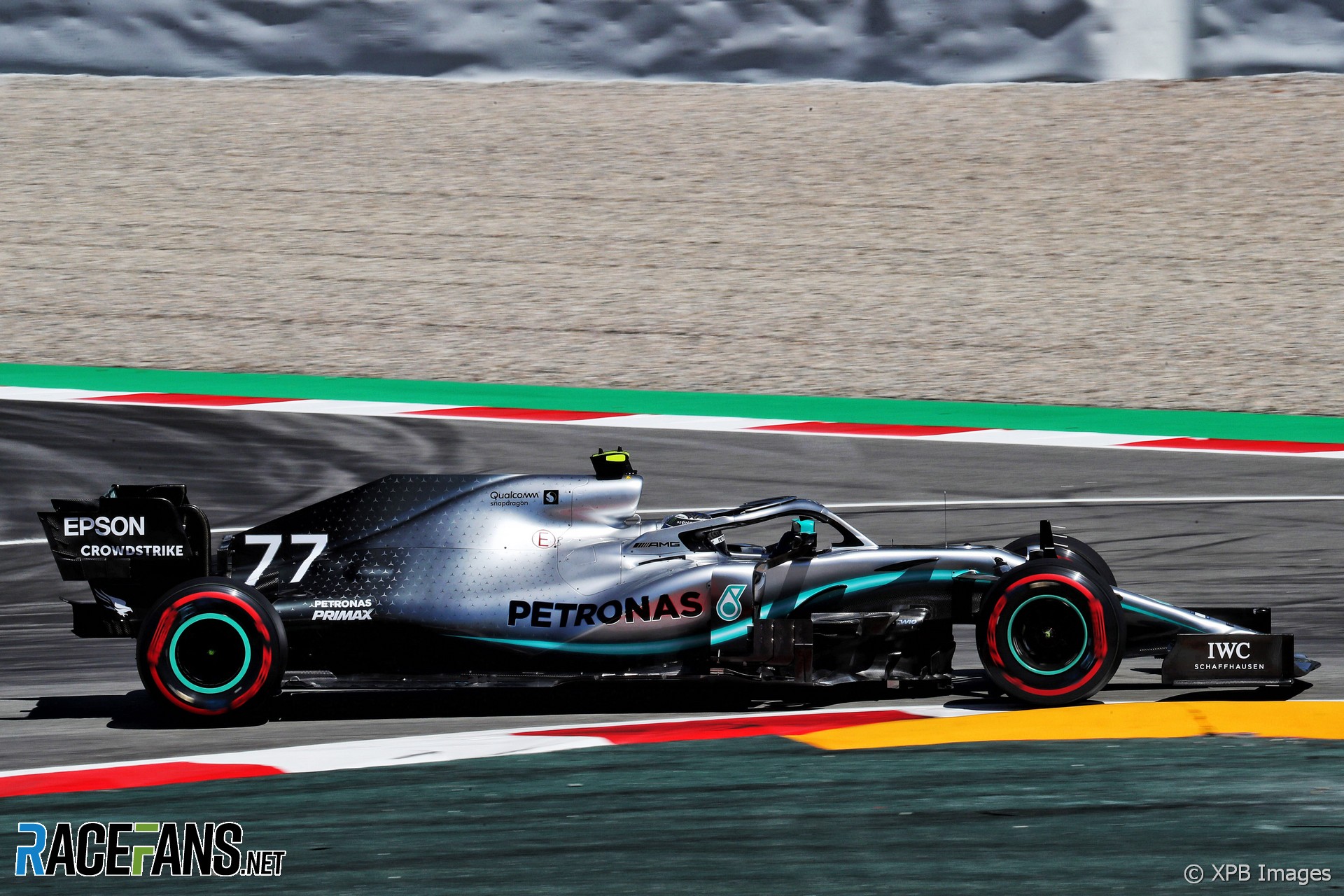 Valtteri Bottas said his Mercedes felt “completely different” compared to pre-season testing at the Circuit de Catalunya after setting the pace on the first day of practice for the Spanish Grand Prix.

The world championship leader was three-tenths of a second quicker than the Ferraris in second practice at the track after Mercedes ran a series of upgrades on both their W10s.

“It’s always an interesting day when you’re bringing new parts to the car to get a feel for it and see if they bring the performance they should,” said Bottas.

Mercedes had appeared to lag behind Ferrari during pre-season testing at the circuit, but Bottas said their car “felt really good today, completely different to how it was in winter testing.”

“It seems like our cornering performance has improved. The balance around the lap is also better, so it looks like we’ve taken the right direction since the winter.

“Today was good, but it’s only Friday and Ferrari are very close. It feels like we’ve made a good step forward, but we need to wait and see what tomorrow holds.”

Lewis Hamilton was less than five-hundredths of a second slower than his team mate. “Everyone worked really hard to bring the new package here and a huge amount of effort has gone in to it,” he said. “It seems like it’s working, but it’s hard to feel it because this track is so different to [Baku]. ”