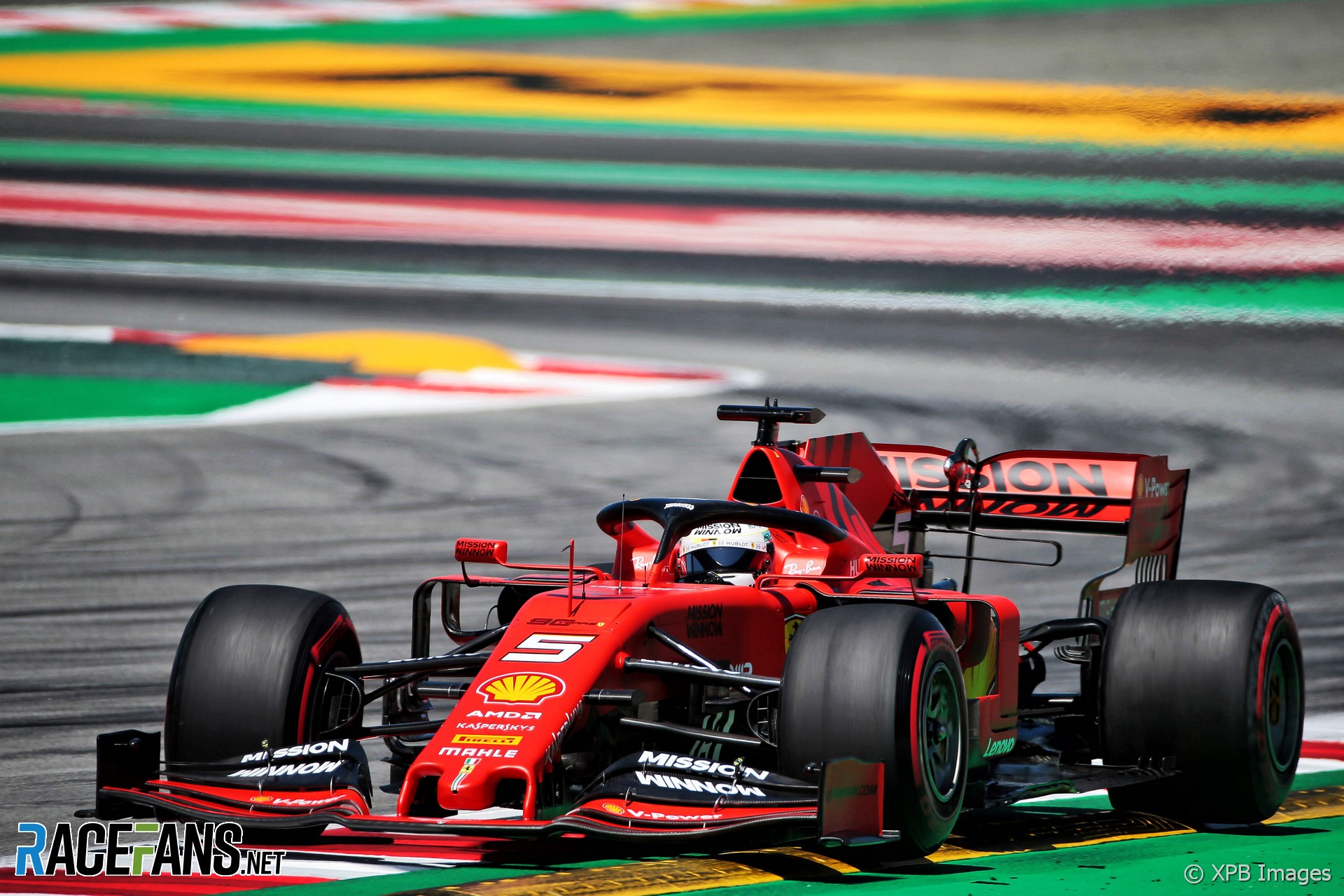 Ferrari’s poor performance in slower corners is being exposed in the final sector at the Circuit de Catalunya, says Sebastian Vettel.

Both Ferrari drivers lost around four-tenths of a second to the Mercedes pair through the last part of the lap, which includes a slow chicane.

Although the team has introduced an engine upgrade and new aerodynamic parts this weekend, Vettel says they are still being held back by the performance in slow corners.

“I think engine-wise we’re happy,” he said. “Obviously it’s Friday so a bit difficult to know what we are doing compared to other people, but overall happy.

“Car-wise I think we pout everything on the car that we expected to put on the car. Feeling-wise it’s a different story and I think it’s a fair picture that we haven’t been the quickest today.”

“It’s not the first time this year that we are losing in these sort of corners,” he added. “If it was easy we would just fix it. But currently we are working very hard and trying still to understand why we are losing out in these type of corners some times more than other times. We’ll see where we will be tomorrow.

“It’s not really traction I think it’s just overall grip in slow corners. Obviously slow corners can be quite nasty: if you don’t have the grip then you lose quite a lot of time.”

Vettel declared himself very happy with the car when he drove it for the first time in pre-season testing at the track. Although he believes the car has been made quicker since then, he says he still isn’t comfortable with its balance.

“The car is obviously a step forward we’ve been putting quite some pieces on the car and quite some performance of the car. In terms of feeling that’s I think what we struggle with, what I struggle with.

“Obviously had a very good impression in the first winter testing, not so good after that.”