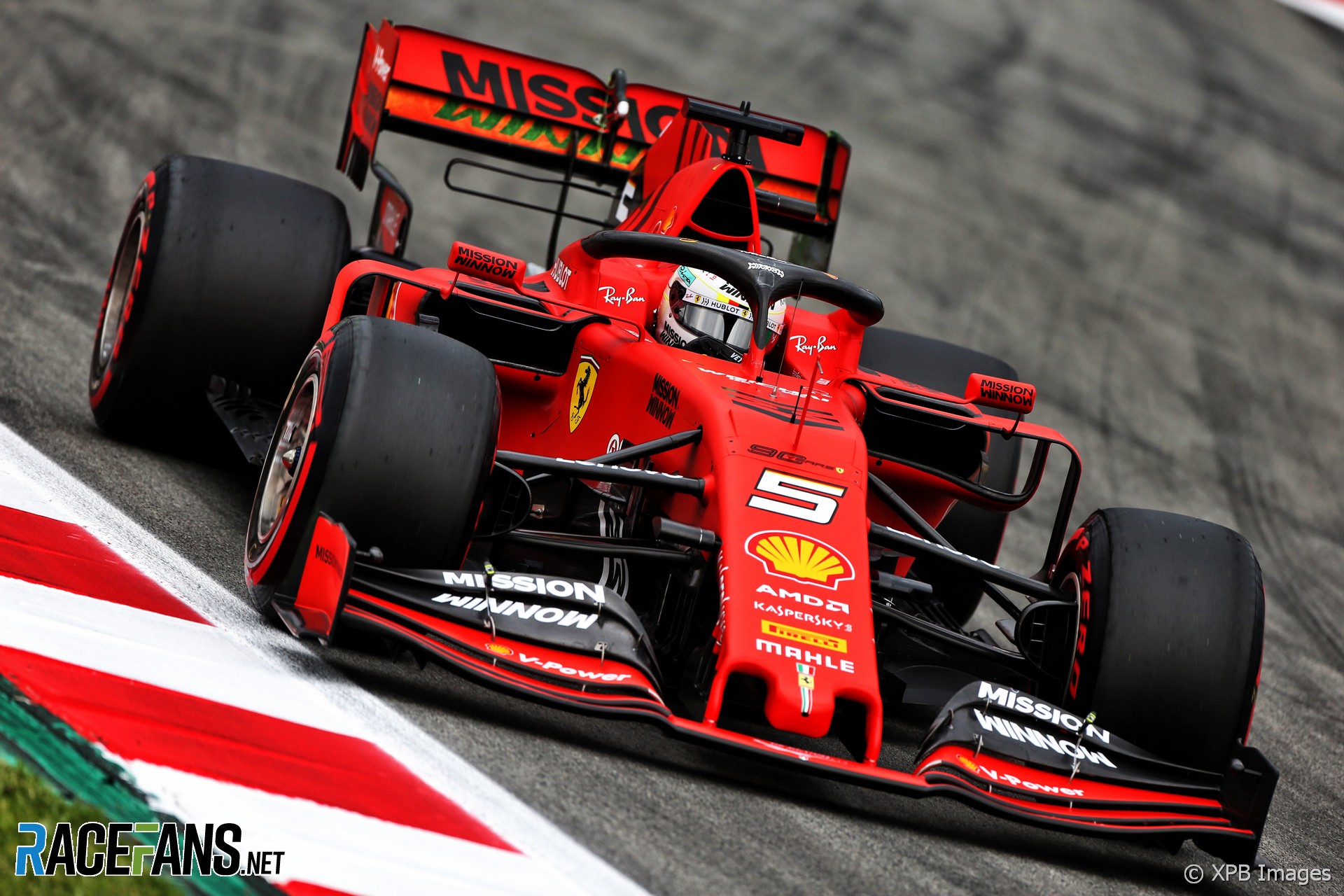 Sebastian Vettel says Ferrari has taken a gamble with its set-up for the Spanish Grand Prix which should pay off in the race.

“We brought some new bits, a new engine, everything seems to work but clearly we are not yet where we want to be,” said Vettel, who qualified eight-tenths of a second off the lead Mercedes. “But I think in terms of team effort, everybody was doing their utmost

“We tried a lot of stuff yesterday, and again today. Different directions. I think we ended up getting the best out of the car for today, which, as I say, wasn’t enough and we’re certainly not satisfied.

“But I’m very happy with the approach, with the chance that we took, in terms of trying something daring, something I think ultimately will pay off. Not yet – not today at least. But hopefully it helps us in terms of pace tomorrow. Hopefully sets of the right direction for the next couple of weeks.”

Most of Ferrari’s deficit to Mercedes comes in the final sector of the lap where they are giving away around half a second, Vettel, acknowledged.

“We lose time in the last sector in the corners in pretty much every corner. So, from [turns] 10 to 15 there’s not one corner that stands out.

“Obviously eight-tenths sounds a lot but if you then divide it by the amount of corners, it’s a bit less, but it’s still a lot. In the end of the day, it doesn’t change anything. For us, it’s a lot of homework.

“The car, I think, certainly didn’t feel perfect, so there’s something we can improve but overall we seem to be a bit down in terms of grip and not being able to carry as much speed through the corner, not go on throttle as easy as them. So it’s a loss not necessarily in braking, I think it’s more the speed carried around the corner.”

16 comments on “Ferrari has “daring” set-up for race – Vettel”