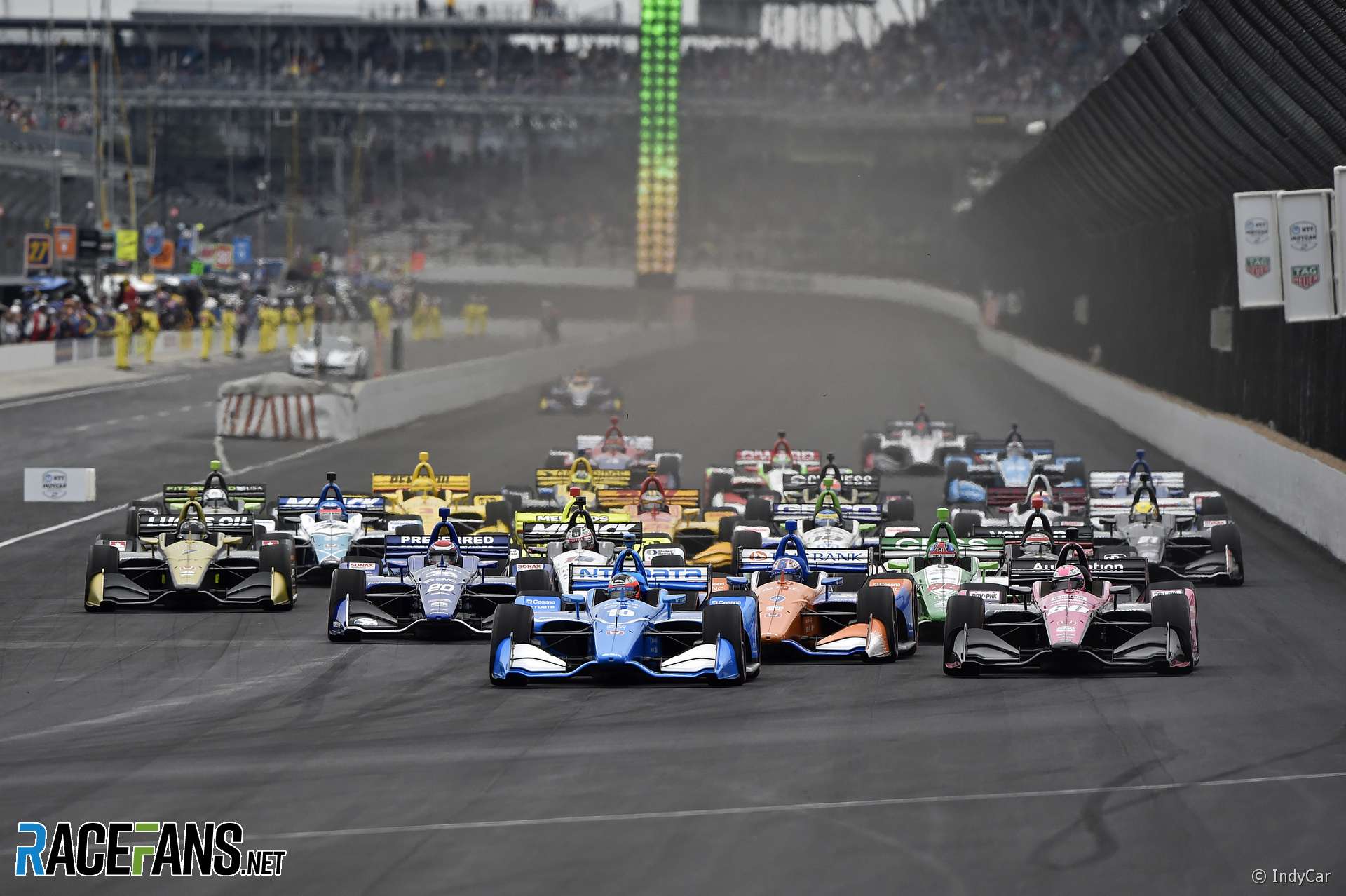 Simon Pagenaud triumphed in a thrilling IndyCar race on the Indianapolis road course, passing Scott Dixon for victory on the penultimate lap.

The Penske driver’s chances of victory appear to be over when he had to surrender the lead of the race during a late caution period as rain intensified and forced him to pit for wet-weather tyres.

But once the race resumed Pagenaud picked off Spencer Pigot, Ed Jones, Matheus Leist and Jack Harvey, then closed on Dixon at up to two seconds per lap. When the Ganassi driver ran wide at turn seven, Pagenaud pounced, and took him around the outside of the following corner to seize his first win for more than a year.

It had been an eventful race from the start. First time pole sitter Felix Rosenqvist kept his lead to begin with while Harvey moved ahead of Dixon for second. But soon afterwards Harvey’s Schmidt Peterson team mate Marcus Ericsson caused the first of the day’s caution periods by spinning into the turn 14 barrier – aka turn one of the oval – and Dixon used the ensuing restart to pass both the cars ahead to lead.

A second caution period followed soon afterwards as James Hinchcliffe in the other Schmidt Peterson car thumped Ryan Hunter-Reay into a spin, earning himself a penalty. Dixon and his closest rivals stayed on track, but further back Josef Newgarden and a clutch of rivals gambled on early pit stops.

Dixon drew clear when the race resumed but intermittent rain created increasingly tricky conditions for the drivers. Harvey and Pagenaud closed on Dixon at mid-race, then the trio pitted as one, Pagenaud jumping ahead of Harvey onto Dixon’s tail.

Rosenqvist’s visits to the pits were more problematic. His Ganassi crew set fire to the right-rear quarter of his car twice, though the polesitter made it to the finish.

As the rain worsened, series returnee Helio Castroneves caused the final caution period by spinning as he rejoined the track from the pits on slick tyres. A lengthy caution period ensued, during which the rain grew even heavier. Dixon led those who took the first chance to pit for wets, and he inherited the lead as the rain grew heavier and the rest of the field followed his tactics.

It set up a thrilling showdown over the final 20 laps. Dixon’s lead grew to as much as six seconds at one point and Pagenaud ran out of push-to-pass before hecaught the Ganassi driver, making his eventual triumph all the more remarkable.

Harvey hung on to deliver his first IndyCar podium in his 14th start. Leist took fourth ahead of Pigot, Jones and Will Power. Behind Rosenqvist came Graham Rahal and Santino Ferrucci – the latter banging wheels with Sebastien Bourdais as he beat his team mate to 10th.

Newgarden was sent to the back of the field at the restart after his pit crew dropped one of his wheels. He finished 15th behind Zach Veach, Marco Andretti and Takuma Sato, who skidded off the track during the final Safety Car period.

Long Beach winner Alexander Rossi finished 22nd, four laps down after clouting the pit wall at the start of the race.