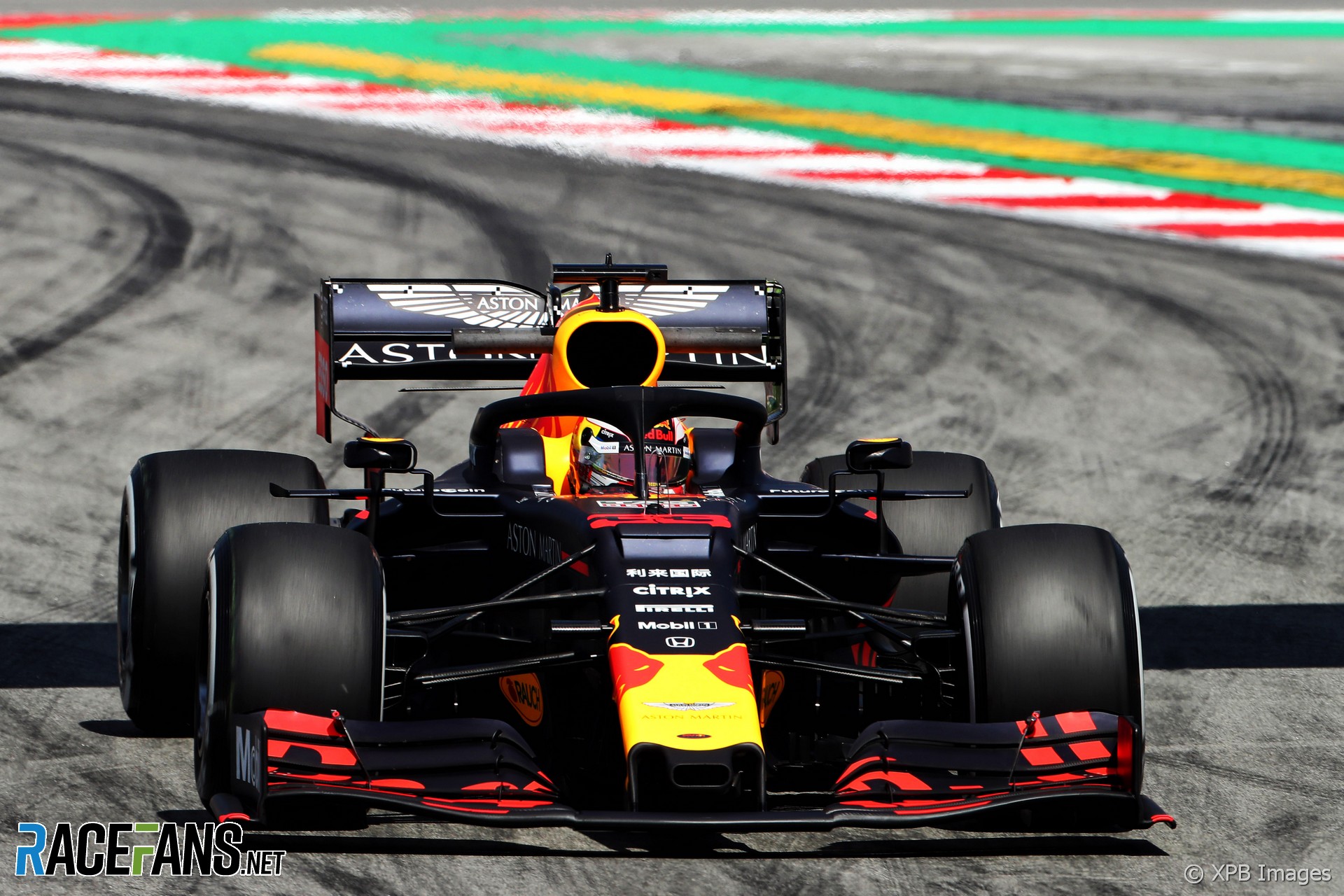 Max Verstappen says he had no chance to beat the Mercedes in qualifying for the Spanish Grand Prix but was glad to out-qualify one of the Ferrari drivers.

Red Bull were out-paced by both the Haas drivers in final practice, but Verstappen lapped within a tenth of a second of Sebastian Vettel’s Ferrari in qualifying to take fourth on the grid for the third time this year.

“I think we did a good job to at least get one Ferrari because they looked a little bit too quick after FP3 as well,” said Verstappen. “But Mercedes was just too quick the whole weekend,” he added.

Verstappen says he is pleased with the balance of his RB15, as he has been for much of the season. “There’s nothing wrong, it just needs more grip,” he said.

“I was never really struggling with the balance, I was just driving to the limit of the car. If I would go faster I would just drift off the track.

“I never really had massive oversteer, massive understeer, except Bahrain where we had a set-up mistake. It’s the same now. We upgraded it and the car again is a bit quicker over just general grip but it’s still not where we want it to be.”

Verstappen has finished fourth in the last three races and echoed team principal Christian Horner’s comments about being tired of finishing outside the top three. “You always want to be on the podium and of course you would prefer to win.”