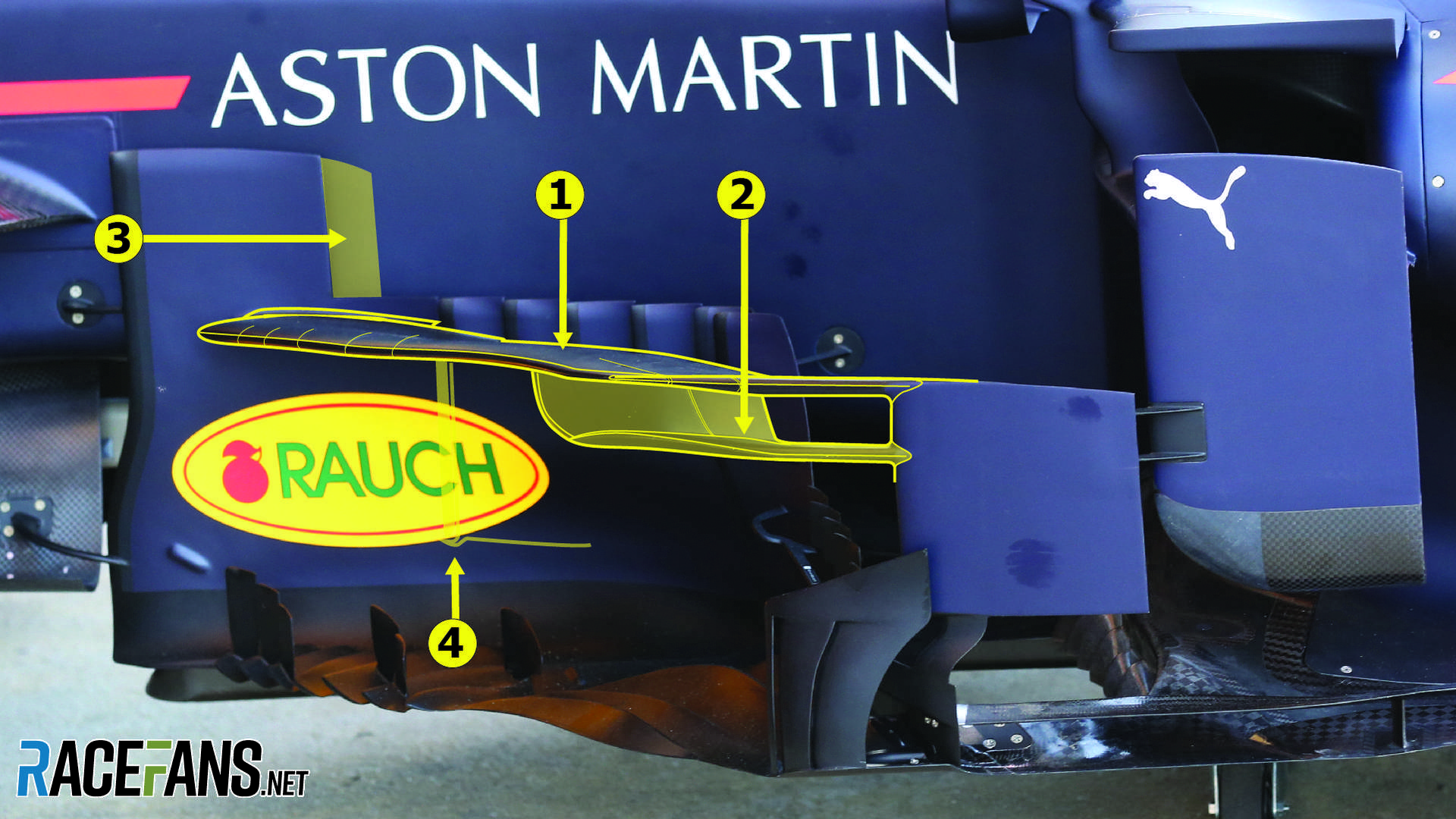 Around the Circuit de Catalunya the Red Bull-Honda RB15 was only 0.085 seconds slower than a Ferrari SF90. How much of a gain did their “subtle” upgrade for the Spanish Grand Prix contribute? Craig Scarborough explains what’s new on the car.

Christian Horner promised a ‘subtle’ upgrade for Red Bull’s car at the Spanish Grand Prix, and he wasn’t kidding. Red Bull again brought only small changes for its RB15.

The only visible difference compared to the Baku-spec car is the ‘boomerang’ element over the bargeboards. There may, of course, be lots of other changes not evident without the closest of scrutiny.

Despite its reputed expertise in this area, Red Bull do not run the most extravagantly complicated of aero packages, compared to most teams. Its bargeboards is a clear example: it has the multiple panels, fins and boomerangs, but they are not as aggressive as many of their rivals’.

For Barcelona the changes are equally muted, the most distinctive change being the boomerang element. The boomerangs are effectively wings, more like aircraft fins than race car wings, as they create lift rather than downforce.

This sounds counter-intuitive, as on an F1 car as downforce is king. But their lift also creates down-wash, which directs more airflow through the sidepod’s undercut. Doing this creates greater pressure over the floor and diffuser to create more downforce in that region, offsetting the small amount of lift created by the boomerang.

Red Bull’s new boomerang (1) splits into two sections (2) near its outer tip. This effectively makes it a bi-plane set-up, which is more effective at creating downwash ahead of the sidepod’s undercut.

The main section of boomerang is also slightly revised in shape, while there are a number of other tweaks to the bargeboard package. Firstly the uppermost section is shortened (3) and the central vertical split in the main bargeboard has been removed (4).

4 comments on “Analysis: Another small step from Red Bull as they close gap to Ferrari”