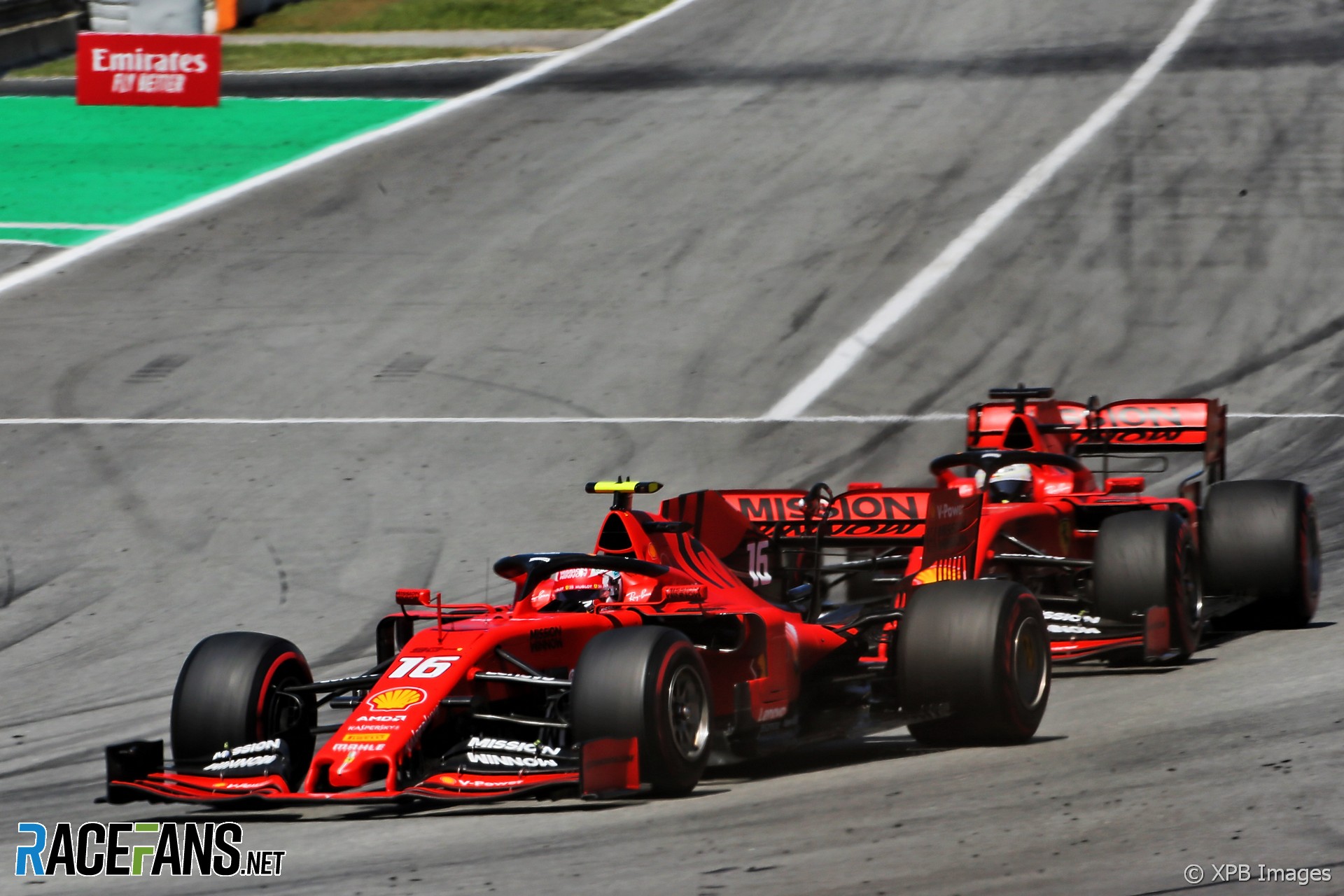 Ferrari team principal Mattia Binotto believes the team made the correct calls on when to swap their drivers during the Spanish Grand Prix.

Sebastian Vettel and Charles Leclerc were each called on to let the other by at different points during the race. However both also appeared to lose time waiting for the team to decide whether to switch the running order.

Binotto said the changes of position were justified because the drivers were on different strategies for much of the race, and believes the team timed the swaps correctly.

“It’s never an easy decision but we’ve proved as a team since the start of the season that we our trying to optimise our team result at the end,” he said. “We swapped in the past we tried to swap as well today especially as they were on different strategies at that start.

“Should we have done it earlier? I think by the time that you do it you need to make sure that the driver behind has got faster pace otherwise you are swapping and not having any result. It may take a few laps at first to assess that.

“On the other side Charles was fighting for the third place with Verstappen because he was on a different strategy with the hard tyres, a single pit stop. So it was as well important for him not to lose any lap time at that stage of the race.

“I think we simply waited [for] the right moment and I’m not sure we should have done it earlier.”

Both drivers also lost time during the team’s pit stops. “We had cross-threaded left-hand-side rear corner [wheel nuts], both pit stops,” Binotto explained. “It’s as simple as that.”