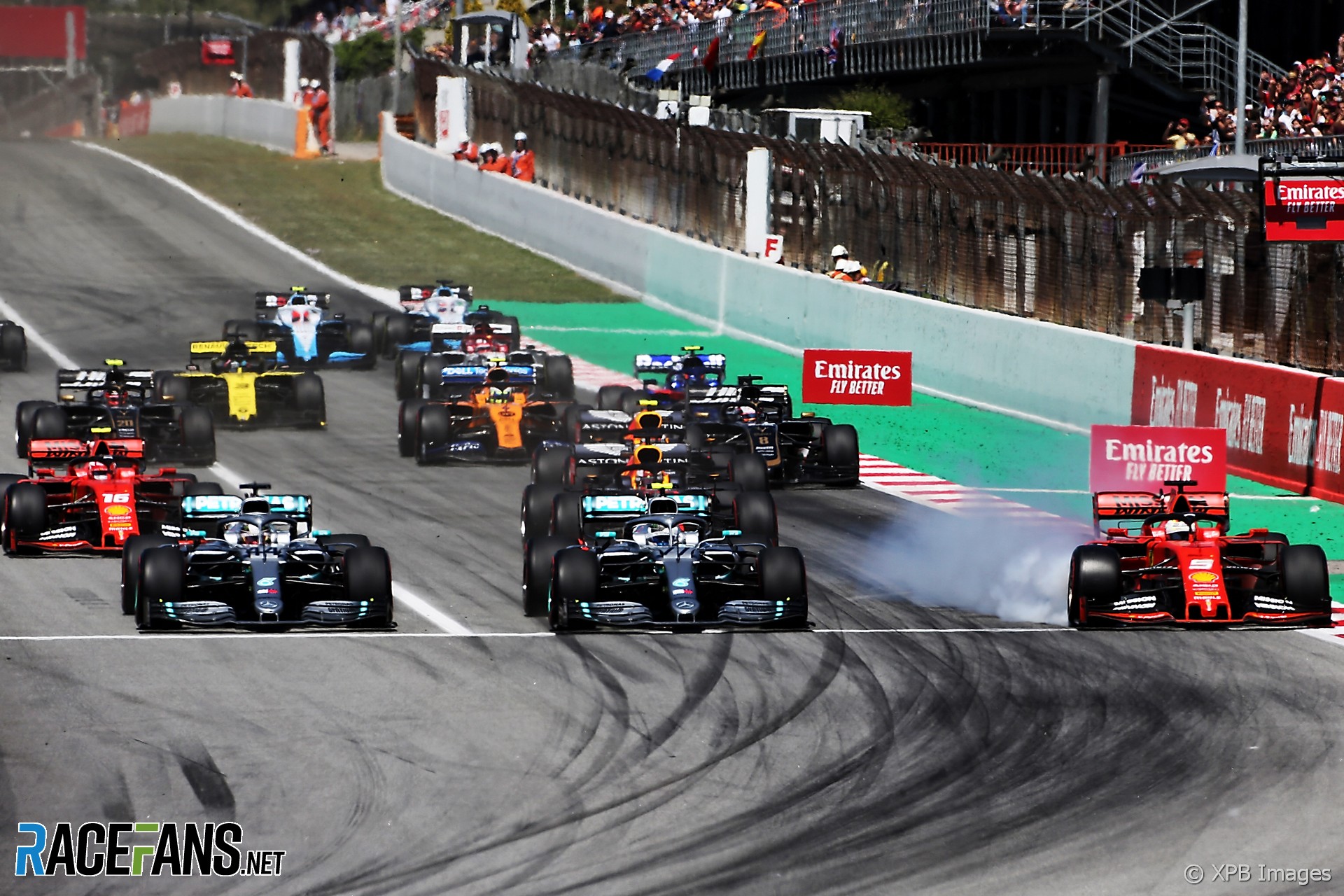 Valtteri Bottas says he lost the Spanish Grand Prix at the start of the race due to a clutch problem.

The Mercedes driver started from pole position but was immediately passed by team mate Lewis Hamilton when the race started. The pair went side-by-side into the first corner with Sebastian Vettel, Bottas pinned between his two rivals.

“It was pretty tight,” he said afterwards, “but I lost it at the start.

Bottas described the problem to his team on his way back to the pits after the race. “We lost it at the start,” he said. “I had some clutch oscillation so we need to look at that.”

“We cannot have that kind of clutch behaviour in the race,” he added.

Bottas praised the team’s result after it scored its fifth consecutive one-two finish.

“As a team it’s incredible, a fifth one-two in a row is really good. I got some good points, every single point is going to count this year so that’s good for sure.

“But I’m just keen to find out why the start was so bad and why the issue happened.”