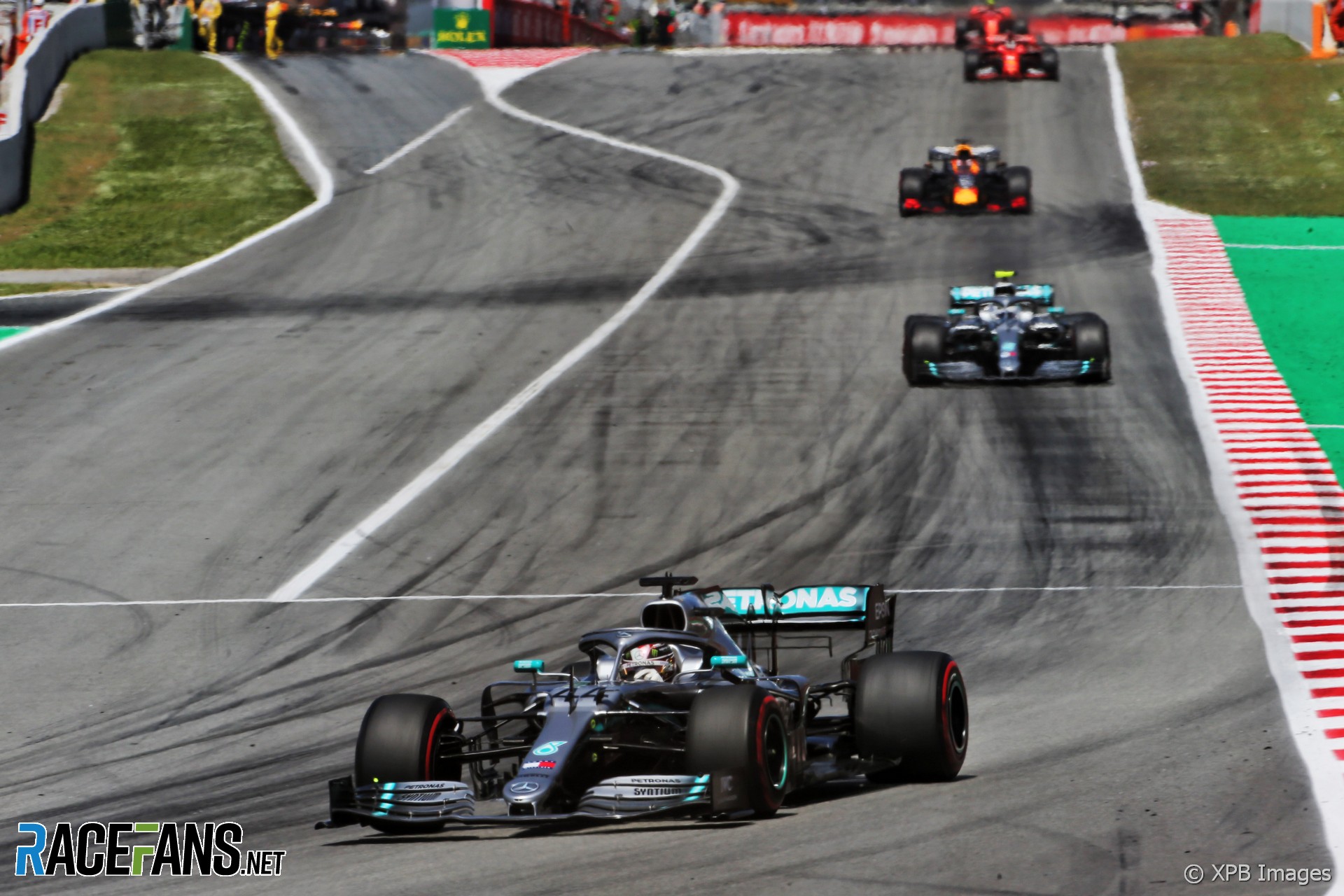 Lewis Hamilton led Mercedes’ fifth one-two in as many races and retook the lead of the championship.

Hamilton passed pole-sitting team mate Valtteri Bottas away from the line at the start of the race and never looked under serious threat, despite a Safety Car restart in the final third of the race bringing the field back into range.

Bottas had to settle for second place ahead of Max Verstappen, who got the better of the two Ferrari drivers at the start. The Red Bull driver committed to a two-stop strategy early by pitting for a second set of soft tyres, and regained his place as the Ferrari drivers also elected to pit twice.

Charles Leclerc looked on course for the final podium spot before the Safety Car deployment prompted Ferrari to put him on a fresh set of tyres. That dropped him back to fifth behind Sebastian Vettel. The pair were told to swap positions twice during the race, Vettel letting Leclerc by initially after flat-spotting his tyres as he tried to pass the Mercedes at the start.

Pierre Gasly nearly demoted Leclerc at the restart, then had to fend off the Haas drivers to hold onto his sixth place. Kevin Magnussen and Romain Grosjean clashed twice as they disputed seventh, after which Grosjean slipped back into the clutches of his rivals.

Grosjean lost eighth to a bold lunge by Carlos Sainz Jnr, and Daniil Kvyat relegated the Haas driver another place. Grosjean was able to resisted Alexander Albon for the last point.

Lando Norris and Lance Stroll were the race’s only retirements. The pair tangled at turn two when Norris tried to pass the Racing Point and skidded into the gravel trap, bringing out the Safety Car.