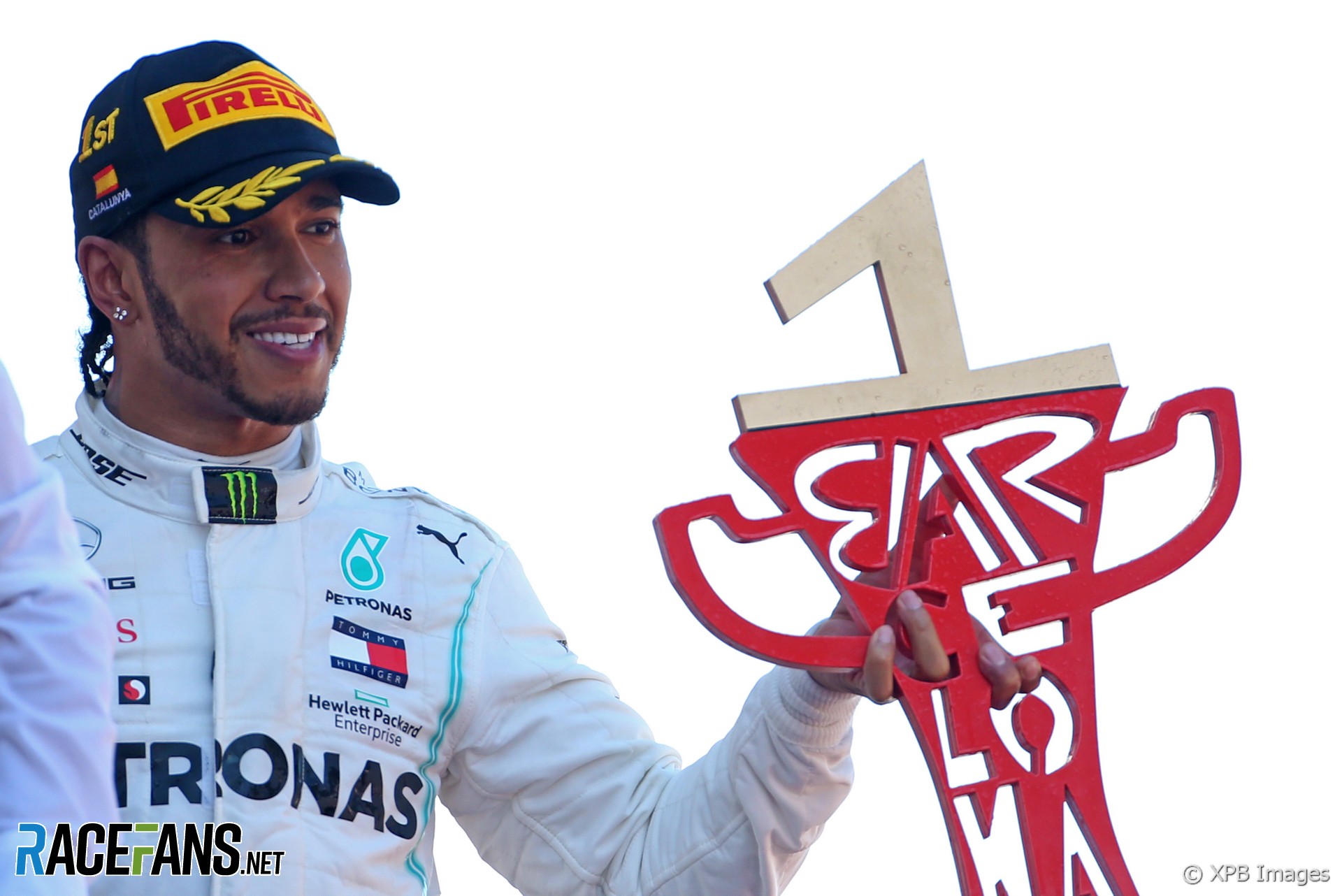 Lewis Hamilton said he will renew his efforts to improve his single-lap pace after bouncing back from a “nightmare” Saturday to win the Spanish Grand Prix.

The Mercedes driver was beaten to pole position by team mate Valtteri Bottas for the second race in a row. However he demonstrated strong pace in the race as he clinched his third victory of the season.

“Yesterday was a bit of a nightmare,” said Hamilton after the race. “But race pace has generally been quite good for me. I’ve been really happy and comfortable generally in the races.

“When we went out to do the laps to the grid I wasn’t very happy with the balance still so I had to make some changes, had to alter my driving style a little bit but it worked well in the race scenario.

“I’m going to look into detail why it doesn’t work on a single lap and that may take some time. Normally with tyres I’m pretty good. I think that’s the weak area but it’s not that I can’t do it, I’ve just got to discover it and that’s what I’ll put some effort towards.”

Mercedes pulled further ahead of Ferrari in the championship after scoring its fifth consecutive one-two. Hamilton said he hopes their rivals are more competitive in the upcoming races.

“I prefer when they are in the mix with us,” he said. “I prefer the races where, for example Bahrain, they’re on the front row. I love that. Especially when we’re kind of intertwined where there’s a Mercedes and a Ferrari for example.

11 comments on “Hamilton relieved to win after “nightmare” Saturday”