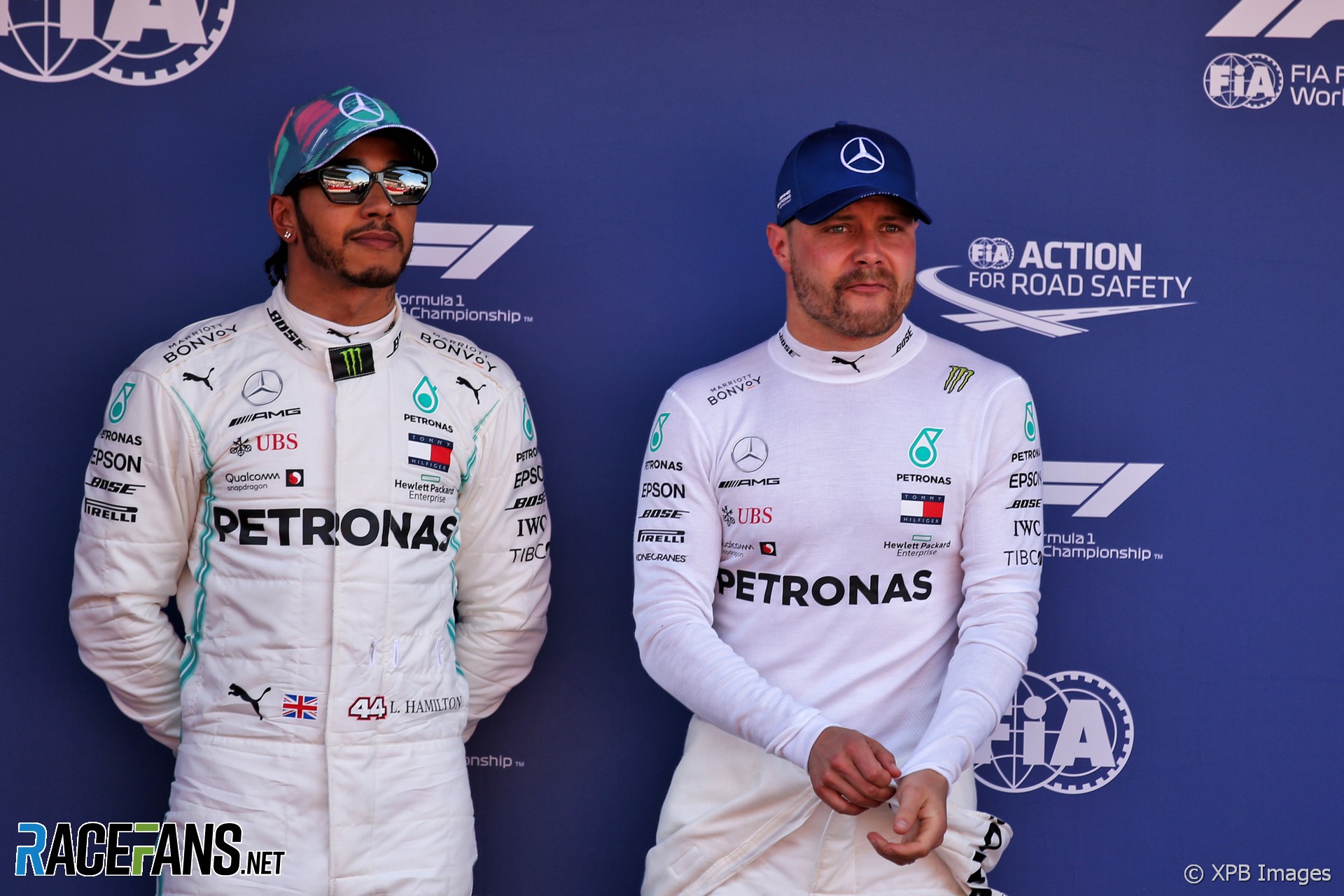 Lewis Hamilton says he needs to find improvements in his approach to the entire race weekend after being beaten to pole position by team mate Valtteri Bottas for the third race in a row.

The pair were separated by over six-tenths of a second at the end of qualifying. They had been closer prior to then, but Hamilton said Q3 is not the key to his deficit.

“I just need to work on it so I don’t think it’s really about my approach in qualifying particularly. But of course I’m looking at all solutions and I’ll get there eventually.”

Hamilton’s first run in Q3 was compromised because he started without a full charge in his battery because he aborted his last run in Q2 at the end of the lap.

“I just didn’t put the laps together,” said Hamilton. “The last couple of laps in Q3 particularly just weren’t strong.

“I had to go out early, because I had come in too early and I had a low battery pack and so I had to go out first, ahead of everyone and ultimately it just wasn’t a good enough job.”