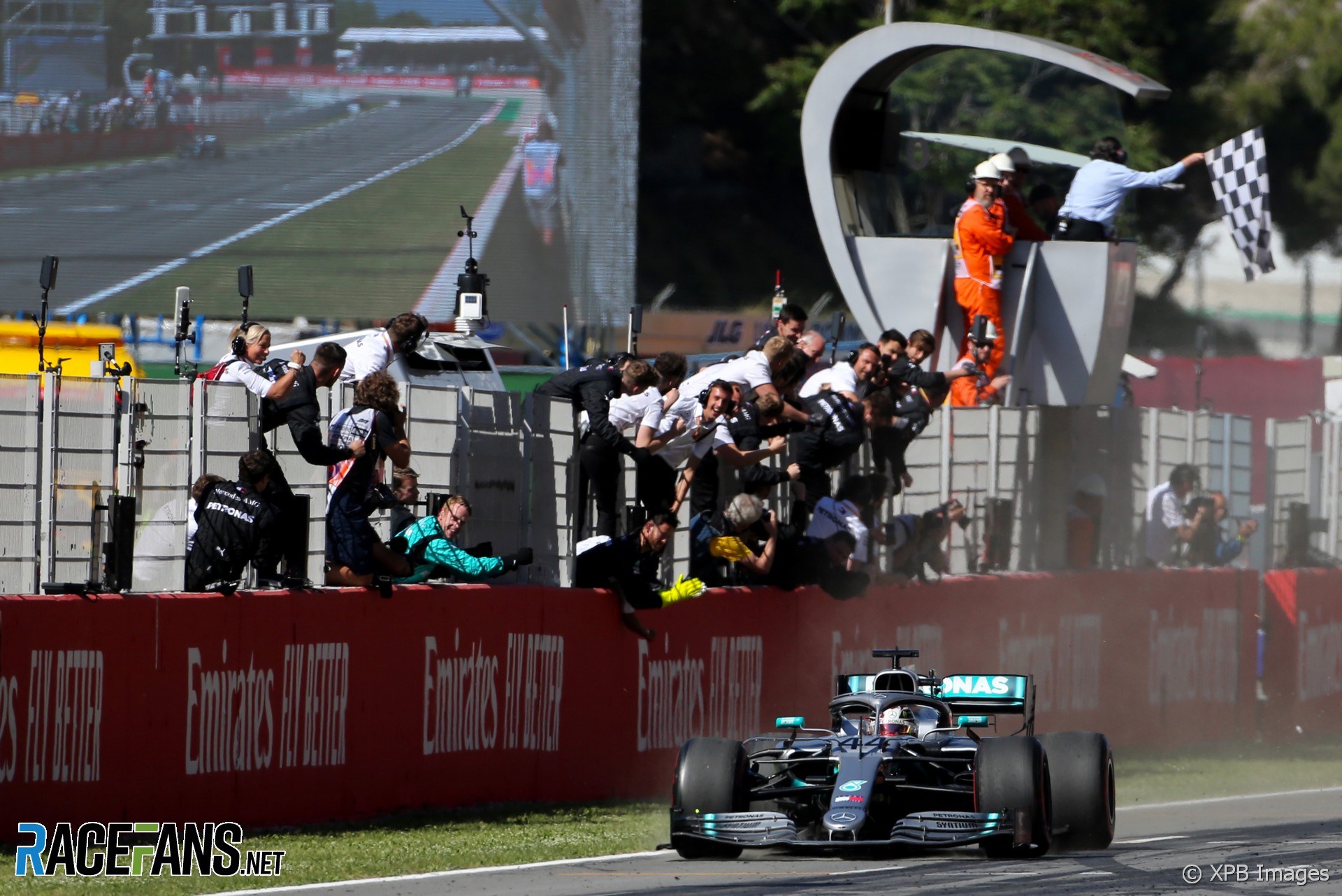 However he admitted he is still not fully comfortable with all aspects of the W10 chassis.

“Ultimately it’s a fantastic car,” he said. “The working window I’m in with my driving style, it’s not always doing what i want it to do. But it’s the best car we’ve made up until now.”

Hamilton said the team’s strong start to the season has come as a surprise and he credits it to the team’s rigorous pursuit of improvements.

“We definitely didn’t expect to come into the season and win the first five races so that’s already been an incredibly encouraging for everyone and everyone’s pushing so hard which is just great to see. It really is a phenomenal group of people here.

“Just seeing the engineers in there, no-one in there is overly confident, they’re all like just sitting there discussing what we can do better, these are things that we can improve, where are maybe some things that other teams maybe are not doing, talking about how we can improve the car.

“They don’t mind constructive criticism because in our meeting that’s what we see: ‘if we improve this area, it could be better’. They don’t take that personally or anything.

“As you can see it’s the strongest team there is, there’s ever been I think. And it’ll be very hard to break that.”

38 comments on “Hamilton: Mercedes has built its best car and the strongest team ever”