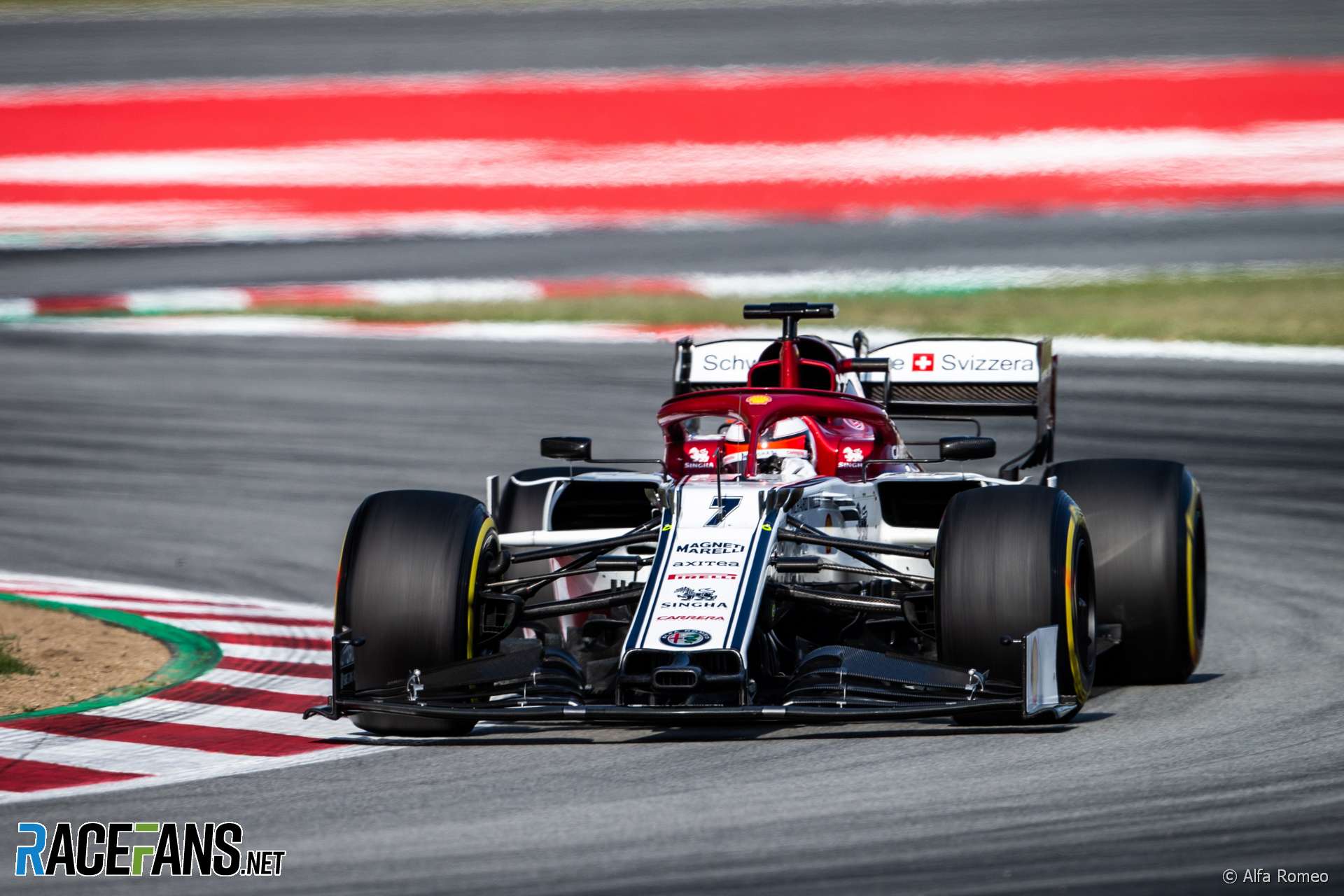 The team suffered a setback on the first day of testing when rookie Callum Ilott crashed their car. However it was repaired in time for Raikkonen to take over on Wednesday.

“Obviously after [Tuesday’s] issues in here our testing changed slightly,” he admitted. “But nevertheless I think we had a good day.

“We understood quite a few things and we had time to try things, see what happens. I think if we do the weekend again we would be stronger but nevertheless it was an OK day.”

Raikkonen, who covered 110 laps during the test, had to use a different chassis following Ilott’s crash. “It’s not the same as my race chassis obviously but it’s a good chassis,” he said.

The team ran through a mixture of set-up changes and new components on Wednesday, which Raikkonen believes has given them information which will be useful at other circuits as well.

“I think it’s going to help everywhere,” he said. “Obviously we don’t have all the tools that we want right now but we’ll know in the future what we’re going to get.”

7 comments on “Raikkonen: ‘If we did the weekend again we’d be stronger’”