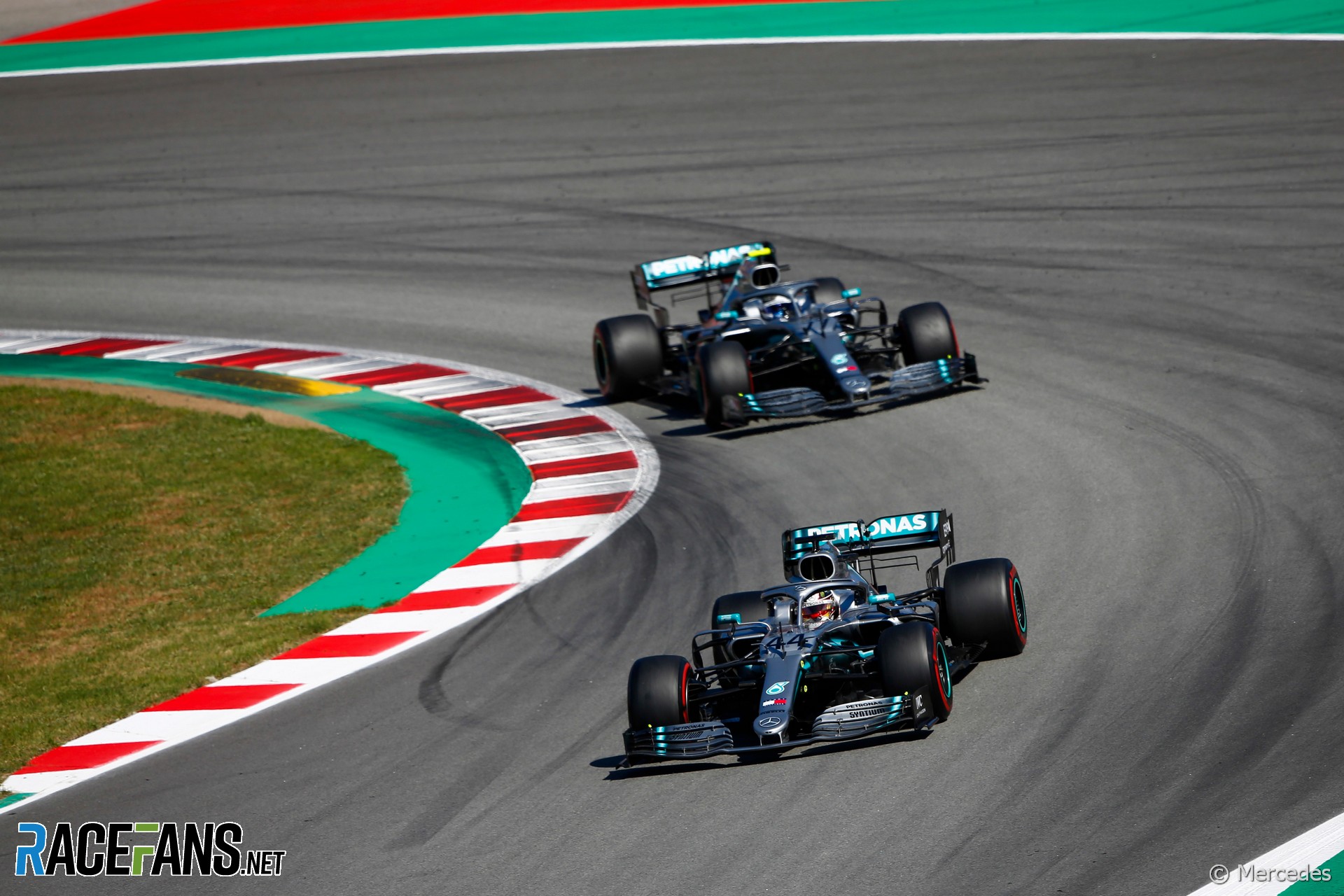 Lewis Hamilton spent a full day at the Mercedes factory on Thursday as he continues his efforts to master the team’s latest Formula 1 car, which he says he is still not entirely comfortable with.

Hamilton’s Spanish Grand Prix victory gave him a seven-point lead in the championship over Valtteri Bottas. But his team mate has beaten him to pole position in each of the last three races.

Speaking ahead of his factory visit Hamilton said he was pleased with his race performance but believes there are other areas he can raise his game.

“The cars are pretty much set-up the same,” said Hamilton. “I drive the tyres slightly differently in the race. Often I’m able to eke them out a little bit longer. That currently is still a benefit.

“The car is obviously great but I’ve generally struggled with the car from Australia, [I’m] having similar kind of problems with the car since Australia. My qualifying in Australia was just OK, I was only a tenth ahead. When I get things right it should be different to that.”

Hamilton said he intended to use his routine visit to debrief extensively with the team to understand whether Bottas’s driving style was giving him an advantage over a single lap.

“Valtteri’s settled nicely into the car, he’s quite happy,” said Hamilton. “I don’t know if it’s driving style yet, I’m still looking into it.

“But there are definitely areas I will continue to focus on in the factory this week. I’ll be dialling in to try to really understand. And ultimately I’ll go around and talk to different departments engineering-wise and try to collate as much data as possible so I can apply it better in the next race.

“Fridays and Saturdays have not been great days for me. The goal is to improve on them. But the races have been very strong performance-wise and pure delivery on a Sunday I’ve been really happy with.”