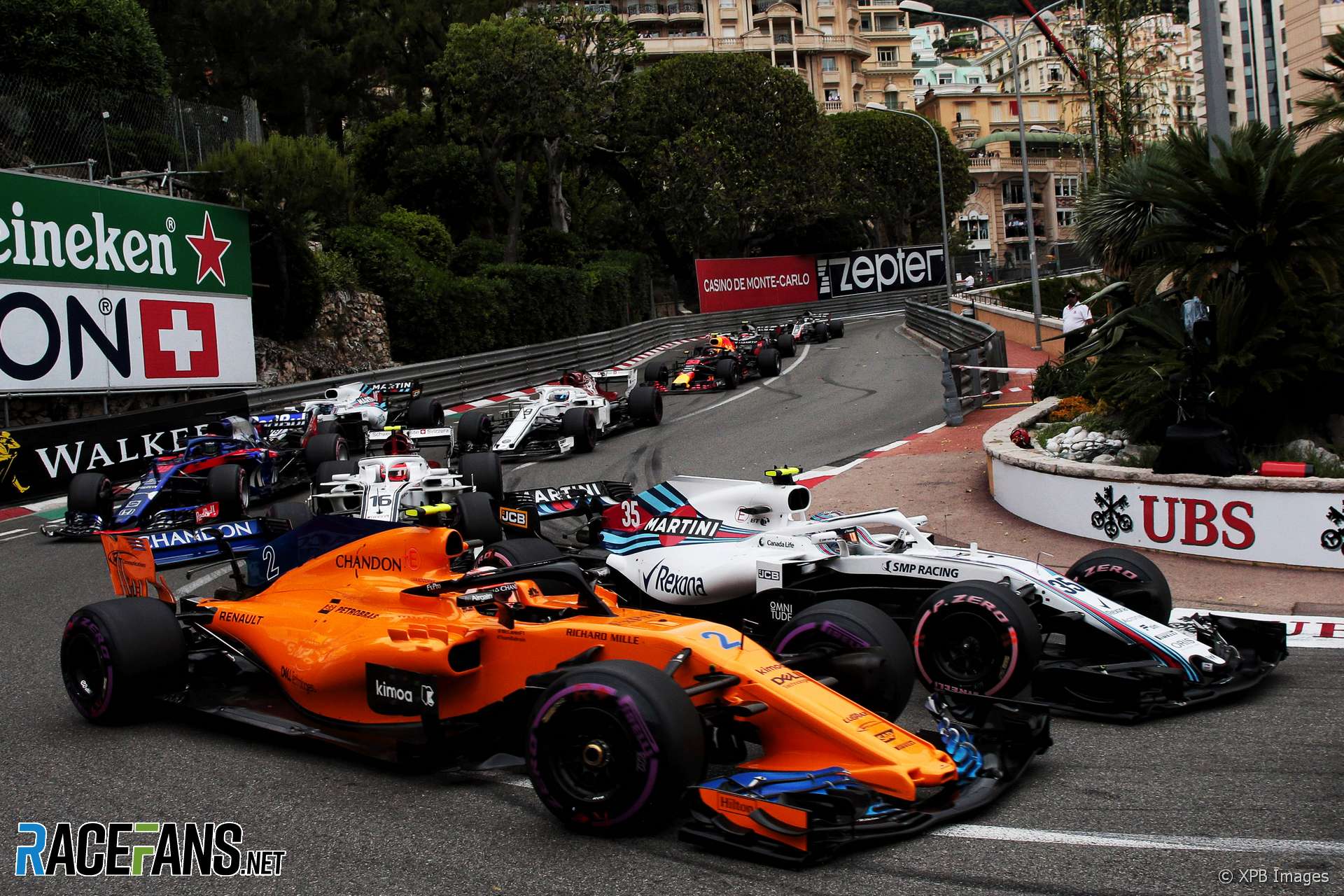 Having been on the world championship calendar every year since 1950 with only a handful of exceptions, the Monaco Grand Prix is one of Formula 1’s longest-running races.

And yet every year it is usually the shortest-running race. Due to a curious quirk of the F1 regulations, the maximum distance for the Monaco Grand Prix is shorter than at any other race.

While every other round of the world championship must run to a minimum distance of 305 kilometres, article 5.3 (a) of the sporting regulations stipulates a 260 kilometre distance at Monte-Carlo only.

Is there still a good reason to treat this round of the championship differently to the others? Or is it time Monaco’s grand prix fell into line with every other race on the calendar? Over to you.

There was some justification for reducing the race distance at Monaco in the days when F1 cars couln’t get anywhere near a full race distance in less than the two-hour time limit. But that is no longer the case.

Last year drivers took an hour and 42 minutes to complete the 260 kilometre distance. At that speed, they could cover the full distance in two hours. A Safety Car or Virtual Safety Car period might mean they hit the limit, but this in itself is not a problem, and has happened at Singapore’s race more than once.

Alternatively if Monaco is going to remain an 85% race distance event, it should only pay 85% points. That’ll be 21 for the winner, 15 for second place and 0.85 for 10th place or fastest lap.

The past 50 F1 races in Monte-Carlo have all run to the reduced distance specified by the rules – with a few exceptions, such as the 1984 and 1996 Monaco Grands Prix, where rain forced the races to be stopped before the distance limit was reached. The shorter distance has become a traditional part of a race which deviates from the norm in many other ways.

Monaco, for instance, is the only race where practice takes place on Thursday and everyone takes a break on Friday. And it’s the only track shorter than the minimum length stipulated for grade one circuits.

It’s also the only race which doesn’t pay a hosting fee to Formula 1 Management. As they say, you get what you pay for. Or, in this case, don’t.

I can’t think of a good reason to keep the shorter race length for Monaco. Yes, it’s been done that way for a long time, but that’s never struck me as a good enough justification on its own to keep doing anything when a more logical alternative is at hand.

If anything, extending the Monaco Grand Prix to standard F1 race length might help inject a little more action into a race which can be processional, as the circuit is so difficult to overtake on.

It will give more time for the drivers and cars to fatigue. More laps for the tyres to wear down at a track where degradation is currently negligible. And more occasions on which the race leaders must cope with the headache of lapping traffic around Monaco’s maddeningly close confines.

Will it make a huge difference? Probably not. Is it the most pressing issue facing F1 today? Definitely not. But perhaps a small step in the right direction.

Do you agree the Monaco Grand Prix should be run to the same race distance as all the other rounds of the championship? Cast your vote below and have your say in the comments.

Do you agree the Monaco Grand Prix should be the same length as other F1 races?

79 comments on “Should Monaco be the same length as every other F1 race?”