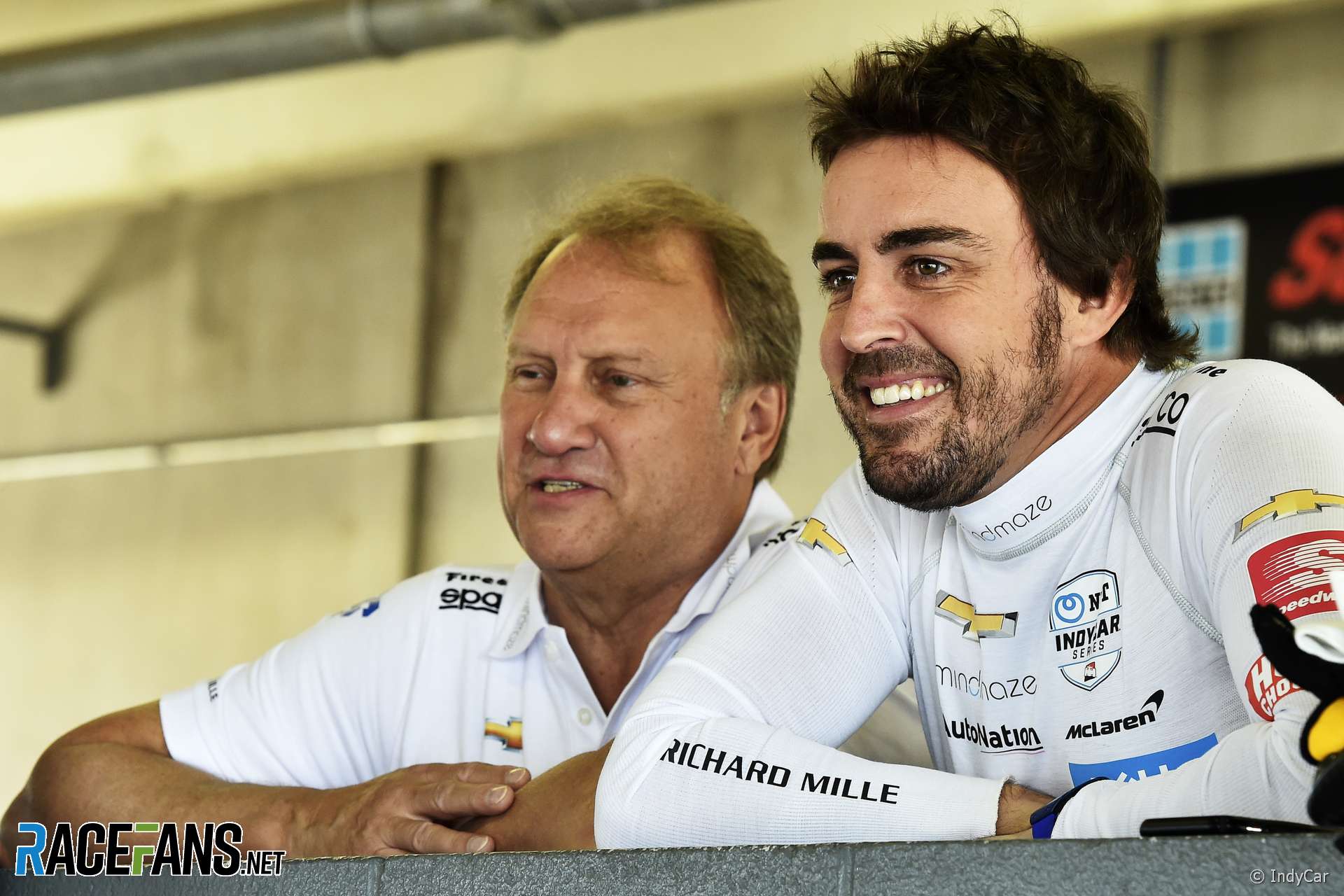 McLaren IndyCar president Robert Fernley is leaving the team, RaceFans has learned from sources with knowledge of situation.

Fernley was placed on gardening leave pending his departure less than 24 hours after Fernando Alonso failed to qualify for the Indianapolis 500.

Alonso missed out on his chance to compete in Sunday’s Indianapolis 500 when Kyle Kaiser took 33rd place from him on the final lap of yesterday’s ‘Last Row Shootout’, the qualifying session to decide the back row of the grid. Kaiser averaged 227.372mph (365.919kph) over his four-lap run compared to Alonso’s 227.353mph (365.889kph).

The team’s preparations for qualifying were disrupted when Alonso suffered a heavy crash during practice. In Saturday’s first qualifying session he missed out on taking one of the guaranteed sports in the race by 0.02mph following a series of setbacks including a puncture on one of his runs.

Fernley, who was previously deputy team principal at Force India, was put in charge of McLaren’s IndyCar programme in November last year. The team purchased two Dallara DW12 chassis for its single-car entry into this year’s Indy 500, the only race of the 17-round IndyCar season it is contesting. Part of Fernley’s remit included assessing the potential for a long-term involvement in the series by McLaren.

Alonso had set his sights on winning the Indianapolis 500 to complete a ‘triple crown’ of successes in major races, alongside his prior victories in the Monaco Grand Prix and Le Mans 24 Hours.