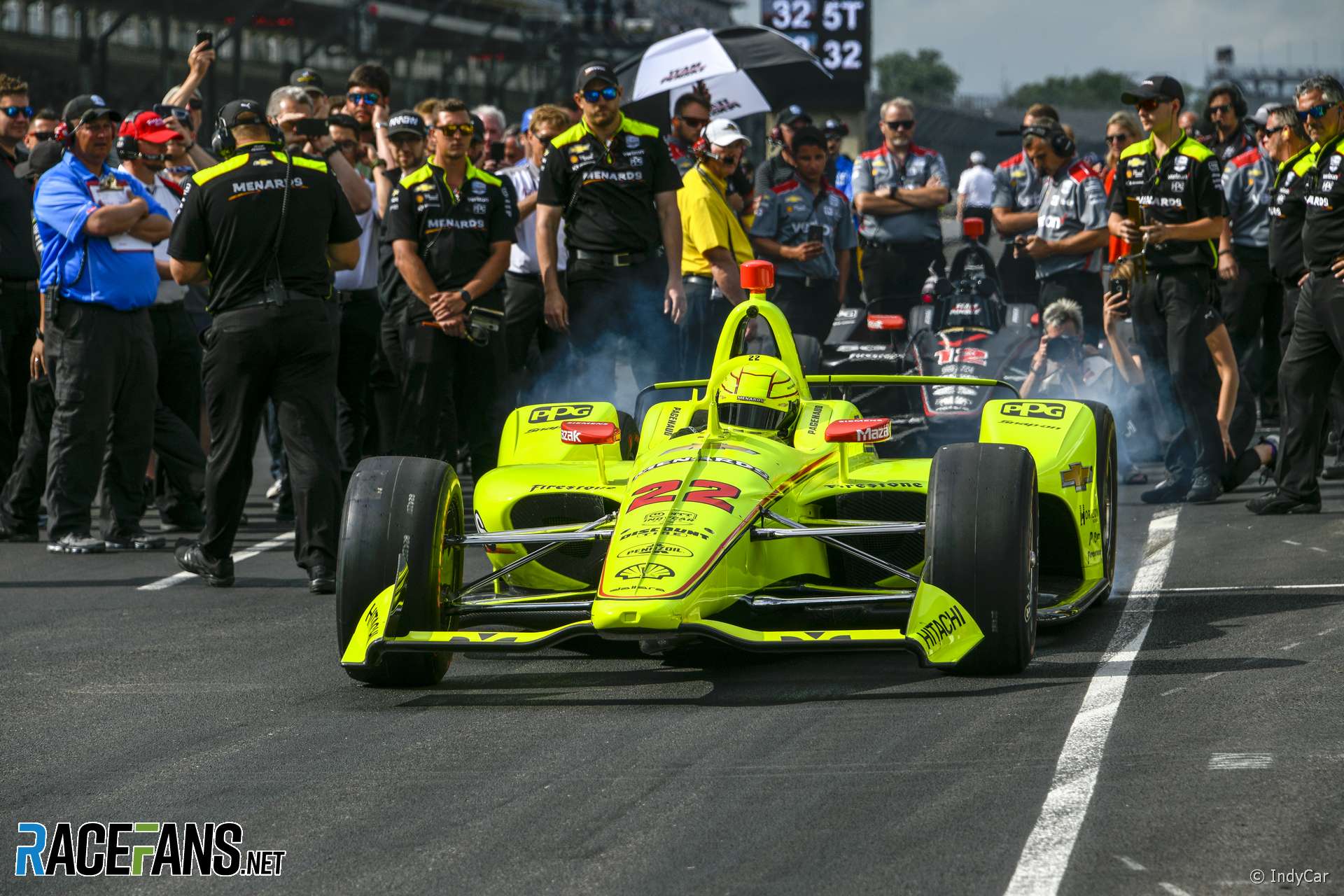 In the round-up: Simon Pagenaud will start the Indianapolis 500 from pole position.

Indianapolis has been good to Pagenaud so far this May but cruel to Fernando Alonso. While the Penske driver followed up his Indy road course win by taking pole position for Sunday’s Indy 500, Alonso sensationally failed to qualify on his return to the race.

Max Chilton and Pato O’Ward also failed to make the cut for the race, which 33 of the 36 entries will start.

If someone else had just launched a barrage of unanswerable punches on Ryan Newman in full view of thousands of people, as Clint Bowyer just did, presumably they wouldn't be arrested and charged with assault either? #NASCARAllStar

We’re hugely disappointed not to make it through to next Sunday’s 2019 #Indy500. It’s been a tough week for the team. We’re sorry that our fans didn’t get the chance to cheer us on at the Brickyard, but thank you all so much for your support. #McLaren66 pic.twitter.com/neFFh0L5Xt

F1. I used to live and breathe it. I watched Senna, Mansell, Schumacher, Hakkinen, Alonso race, and gave my life to it. Today, I didn’t realise I’d missed the Spanish GP last weekend, and have been like this for the past few years. What went wrong? Is it me? Or is it the ‘sport’?

PAU GP Championsss!!! 🏆🤪 Can’t believe it, I didn’t think 2 years on I’d be winning races! 🙌🏼 Huge shout out to the team @CarlinRacing for all their hard work. Over the moon 🔝🌍 #BillyWhizz pic.twitter.com/KAs1ove1a9

Leclerc: ‘I lost my father quite early. It changes you forever’ (The Guardian)

"We lost a win but 20 minutes later it was forgotten and I did not think about it. It is more difficult to forget about a mistake."

German GP essential if Schumacher gets to F1 (Autosport)

"If Mick Schumacher drives in Formula 1, Formula 1 must come to Germany. That is our conviction."

Ferrari are kidding themselves if they think the problem is just the car, says @DBradock:

Had Ferrari made better (or I should say quicker) strategy calls, the gap between them and Mercedes would not be so massive.

So go ahead, tell us that it will take time to fix the car, but for goodness sake improve your strategy and team management. That you can do immediately.
DB-C90 (@DBradock)