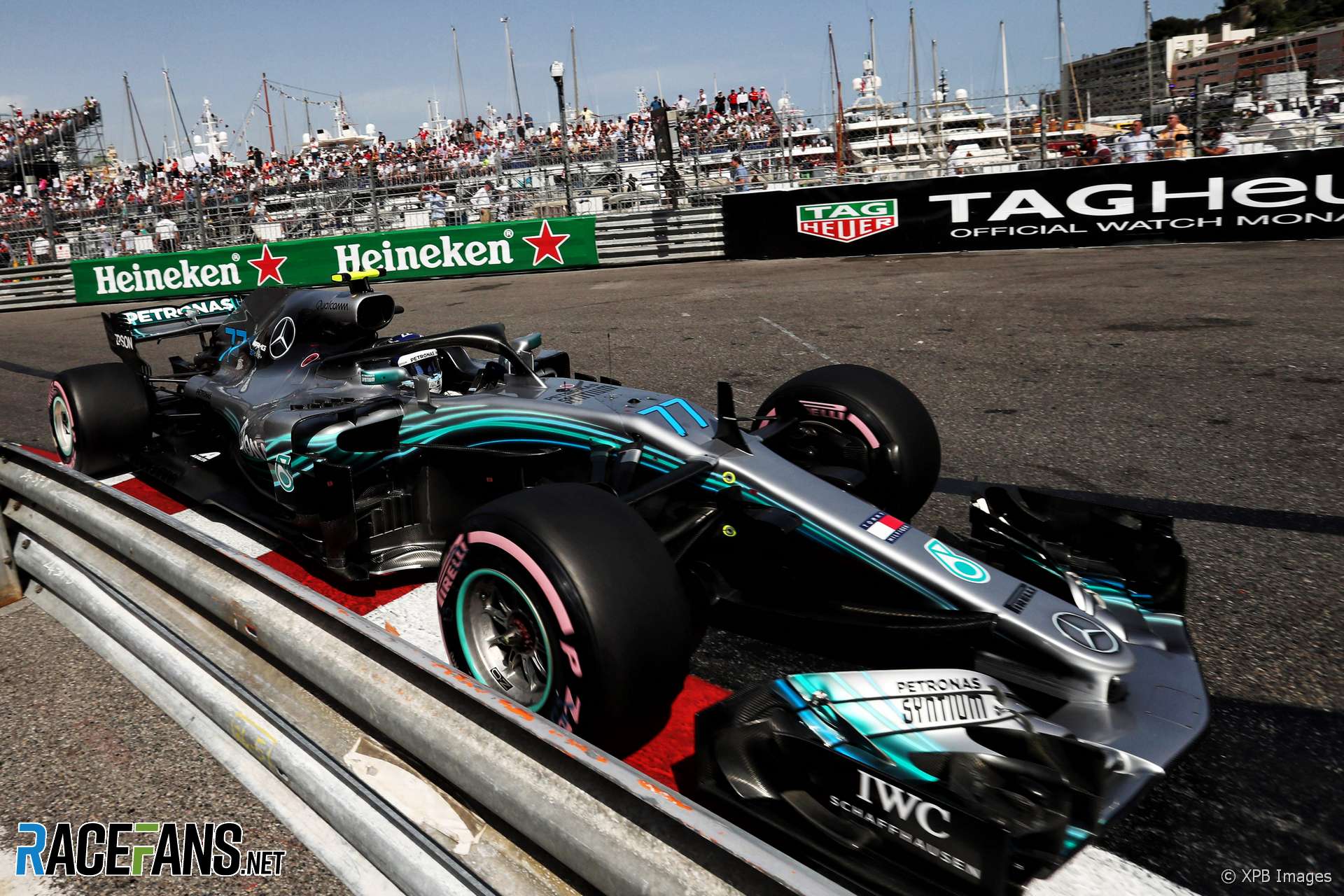 Valtteri Bottas says he hopes this weekend’s Monaco Grand Prix will be the first where he has a car he feels fully comfortable with.

“Across my whole career, I’ve never had a good car in Monaco,” said Bottas. “It’s such a unique track, you need a really special car in terms of how it works mechanically, in Monaco with all the warps and bumps and everything.”

Bottas said Mercedes’ performance in the slow corners at the Circuit de Catalunya gives them confidence they will be more competitive in a race they last won in 2016.

“It’s a question mark how we’re going to perform there. But from Barcelona, in sector three with slow corners, it’s promising.

“But you never know, there’s many different things that affect it there, getting tyres to work and everything but I would just hope that we have a good car there because it would be such a unique race to be fighting for the win or winning it.

“I’ve actually never been on the podium there so it’s something I really look forward to and something I will definitely focus one hundred percent of the weekend on the goal of finding performance and being absolutely on it in qualifying three, like [in Spain].”

“I think with the longer car it always makes it a little bit trickier for us,” said Hamilton. “We still have the longest car [on] the tightest of circuits. We’ve had a couple of dodgy years there.

“One year the car was completely terrible. Valtteri luckily managed to score quite high but the car was very, very hard to drive.”

Hamilton is hopeful of adding to his two Monaco Grand Prix wins this weekend. “I think we now understand where to put the car and understand our tyres a bit better so I think we should be stronger this year.

“It’s a race that I’ve not really won much and I struggle with that each year. I’m quick there, but it’s very hit and miss so I’m really hoping this year’s on target because it’s a great track to win at.”