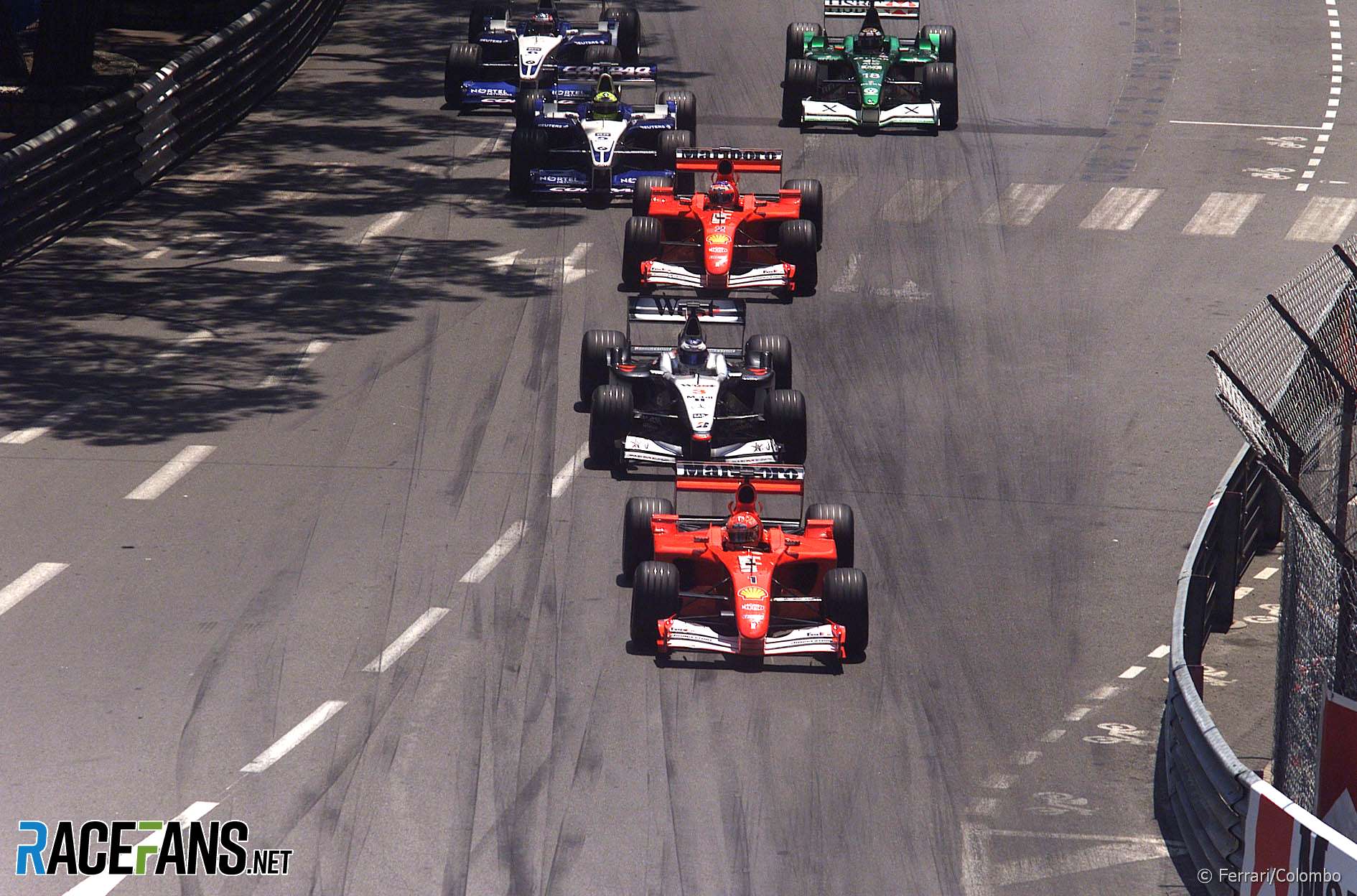 Kimi Raikkonen believes driving ability makes less of a difference in the Monaco Grand Prix than it did when he first raced at the track.

The narrow street circuit has been eased and barriers moved back in several places since Raikkonen contested his first race at Monaco for Sauber in 2001 (pictured).

“It’s not the same Monaco that I drove the first time,” said the Alfa Romeo driver. “It was much more tricky. There was Armco inside turn one, the Swimming Pool was a lot tighter, the last part was a lot tighter. It has changed a lot from that.”

Raikkonen, who will begin his 300th grand prix weekend tomorrow, believes the Monte-Carlo circuit has become “more a traditional race track” over the years.

“OK, it’s narrower, there is Armco, but it has evolved a lot since the first time I was here. In the past it probably used to be a bit that you could make a bigger difference.

“Also with the cars, a long time ago: A good car goes well here, a bad car, it doesn’t matter who drives it, it’s not going to go suddenly fastest and that’s the fact. The car still plays a massive role.”

Modern Monaco could even amplify the difference between cars, Raikkonen argued. “In many ways in a place like this it can be [an] even bigger [difference] because if things are not right here you cannot push. You can push, but you end up in a wall. You choose from those two but obviously it’s a balancing act.”