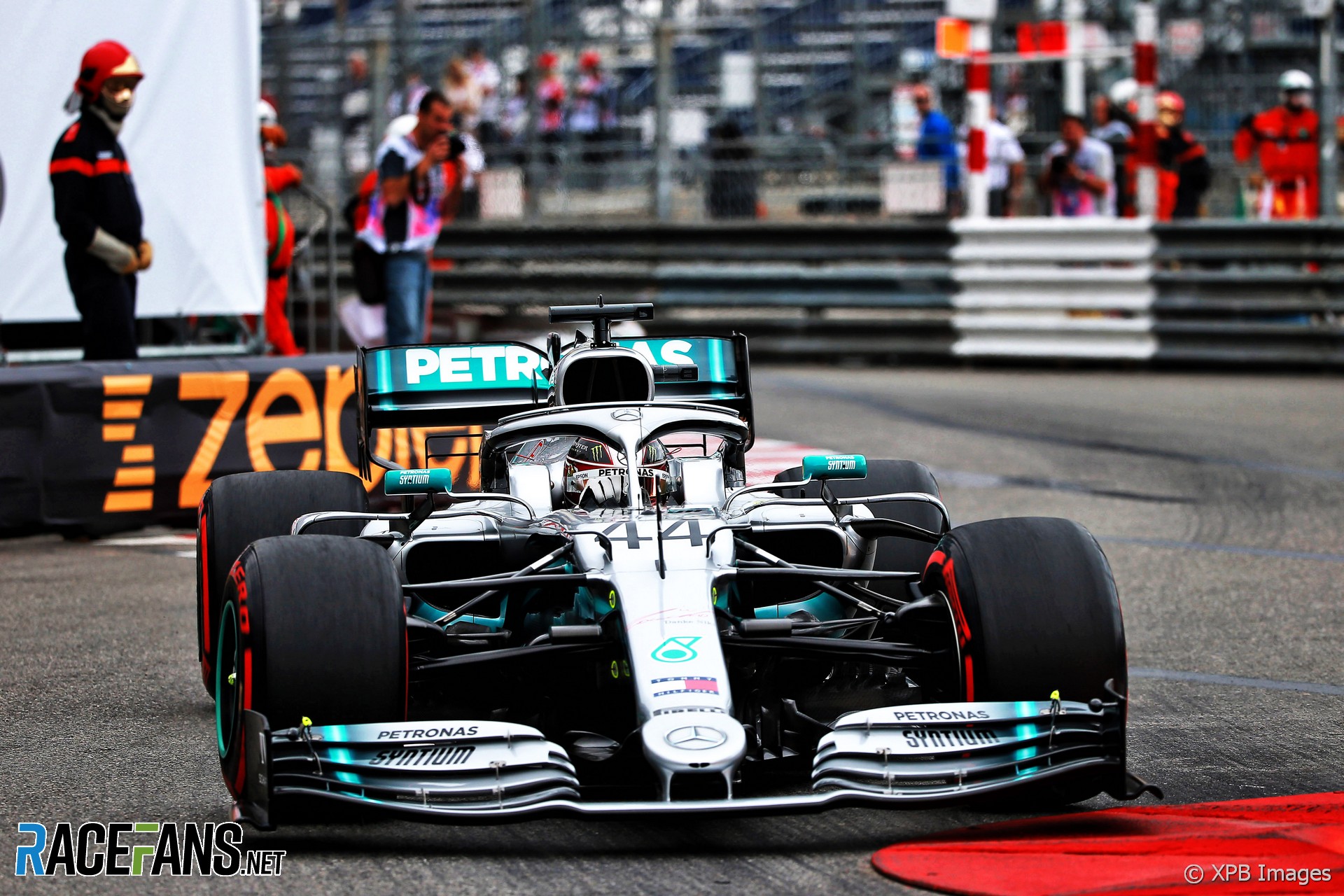 Lewis Hamilton says he was surprised Mercedes ended Thursday practice for the Monaco Grand Prix over seven-tenths of a second quicker than their closest rivals.

“I don’t know where all the time has come from,” said Hamilton, who was less than a tenth of a second faster than team mate Valtteri Bottas in both of today’s sessions.

Hamilton said he’d only made minor changes to the car in the course of today’s running. Max Verstappen split the Mercedes pair during first practice, but a damaged radiator limited his running in the second session.

“[I’m] really quite happy with the set-up,” said Hamilton. “We’ve just been making small tweaks over the two sessions and even in the sessions making a couple of small tweaks.

“It’s a surprise to see the delta we had in [second practice]. I don’t know if maybe Max didn’t get his time or something like that.

“But the performance is fantastic, it’s incredible every year we come here we get this faster. And it’s that much faster you notice it when you’re going past the barriers and touching them you definitely notice you’re going quicker this year.”

33 comments on “Hamilton surprised by Mercedes’ 0.7-second lead over rivals”