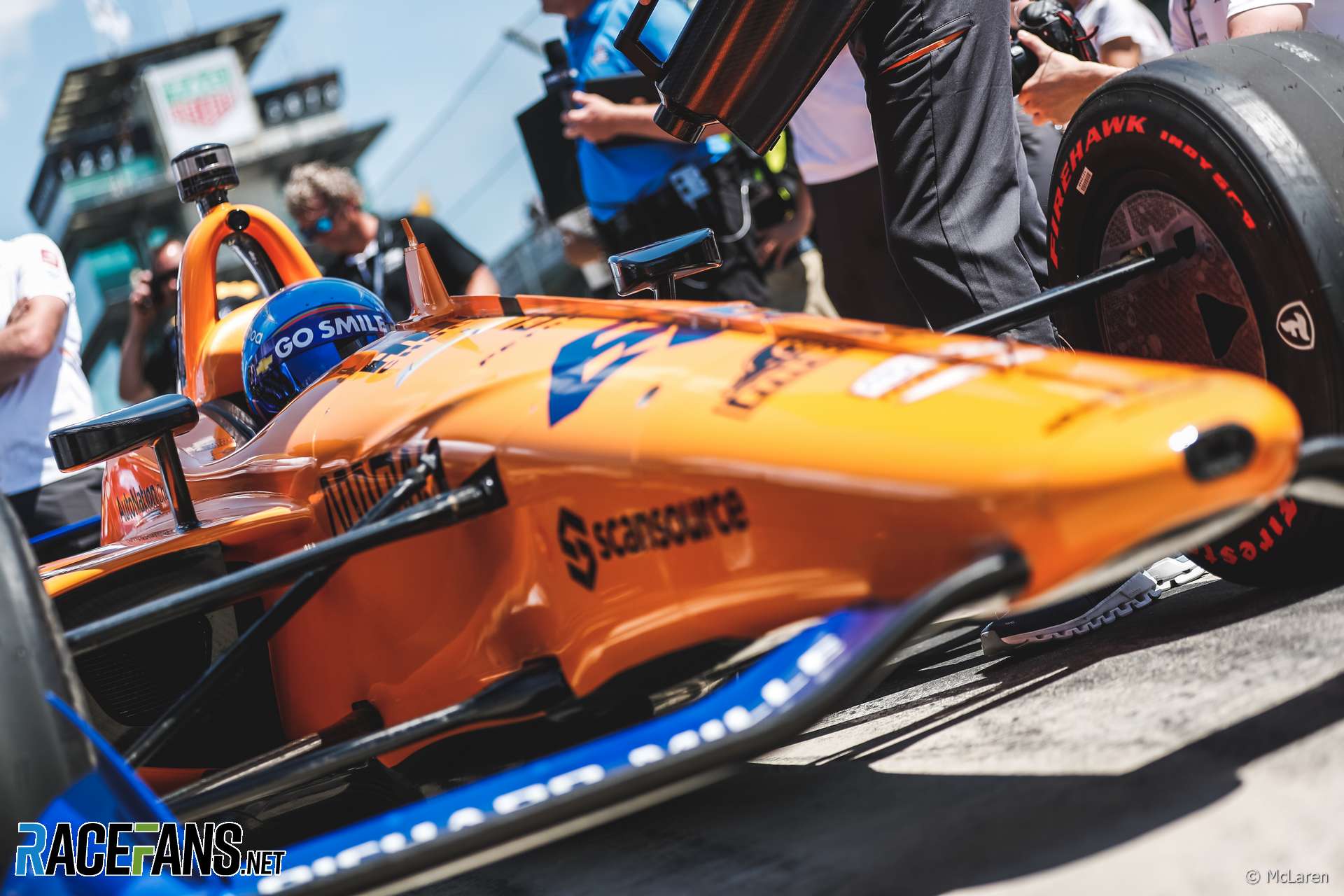 McLaren Racing CEO Zak Brown said he is still reviewing the errors which led to Fernando Alonso being eliminated from the race in the final lap of qualifying last Sunday.

However he intends to take the team back to Indianapolis because “all the reason why we think McLaren should be at Indy remain.”

“When you’re in racing you’re going to have highs and lows,” said Brown in Monaco today. “That was obviously a very significant blow. The lowest point in my 25 years of motor racing.

“But I think you have to dust yourself off, learn about your mistakes and come back fighting. That’s what we intend to do.”

The team parted company with McLaren Indy director Robert Fernley less than 24 hours after Alonso’s ejection from the race. However Brown said he took responsibility for the team’s failure.

“I’m ultimately responsible for the lack of success at Indianapolis. There are things I would do differently next time.

“I wish I would have brought Gil [de Ferran, McLaren sporting director] in sooner. But one of the promises we made to ourselves was we would not compromise our Formula 1 programme at all. And I think we’re moving forward in Formula 1 and I couldn’t redirect Gil until Andreas [Seidl, team principal] came and that’s when he went to Indy and at that point I think we were already too far behind the eight ball.”

Brown admitted there were “warning signs very early on” which he should have reacted too, “like not being prepared for the first test” at Texas Motor Speedway. “But I too couldn’t be distracted from Formula 1. So there’s a lot of things I would do differently next time around.”

While several stories have emerged about what went wrong with McLaren’s Indy 500 effort, Brown says he wants to get the full picture before deciding on his next steps.

“I’ve learned a lot. I’m not done yet with my post-mortem. I know what I know, but I also know I don’t know a lot of the finer details.

“I want to review everything, talk to everybody on the team which I started doing yesterday, but right now I’m focused on Monaco so I’ve got some time to understand. But ultimately it was a people issue starting with myself of not having all the bases covered. We were just unprepared.”

Asked by RaceFans whether McLaren’s shareholders would support them returning to Indianapolis after last weekend’s humiliation, Brown said he expects “they would”.

“I don’t want to speak for them but the commentary I’ve had back from them is we’re racers and let’s get it next time. I’ve not made the formal request because I’ve also not formalised in my own mind when we want to go back.

“We’ve got to digest it and make sure we can set around the table with all the right people and go ‘do we feel prepared and we’ve learned by our mistakes and we have those covered’. If that becomes a ‘yes’ I am confident we will go back to Indy.”

“There’s very good reasons why McLaren should be in Indianapolis,” he added. “[It’s a] big market, our partners want to be there, our motor business is strong there, et cetera. So none of those change.

“Fortunately now I’ve got Andreas Seidl and James Key and the Formula 1 team leadership in place. I think for sure that will help because if Gil or someone like Gil ran the programme from day one I think we’d have a different result. Would it be easier not to do something? I don’t think racers take the easy route often.”

Brown pointed to the example of how the team continued after founder Bruce McLaren died in 1970.

“It’s easy to have an initial reaction of quitting if you’re not successful at something,” he said. “I don’t think that’s a conviction of McLaren, dating back to Bruce McLaren.

“I’ve heard the stories, obviously I wasn’t there when Bruce had his accident and I think it was three days later the team was racing. I think that’s the tenacity of this racing team.”