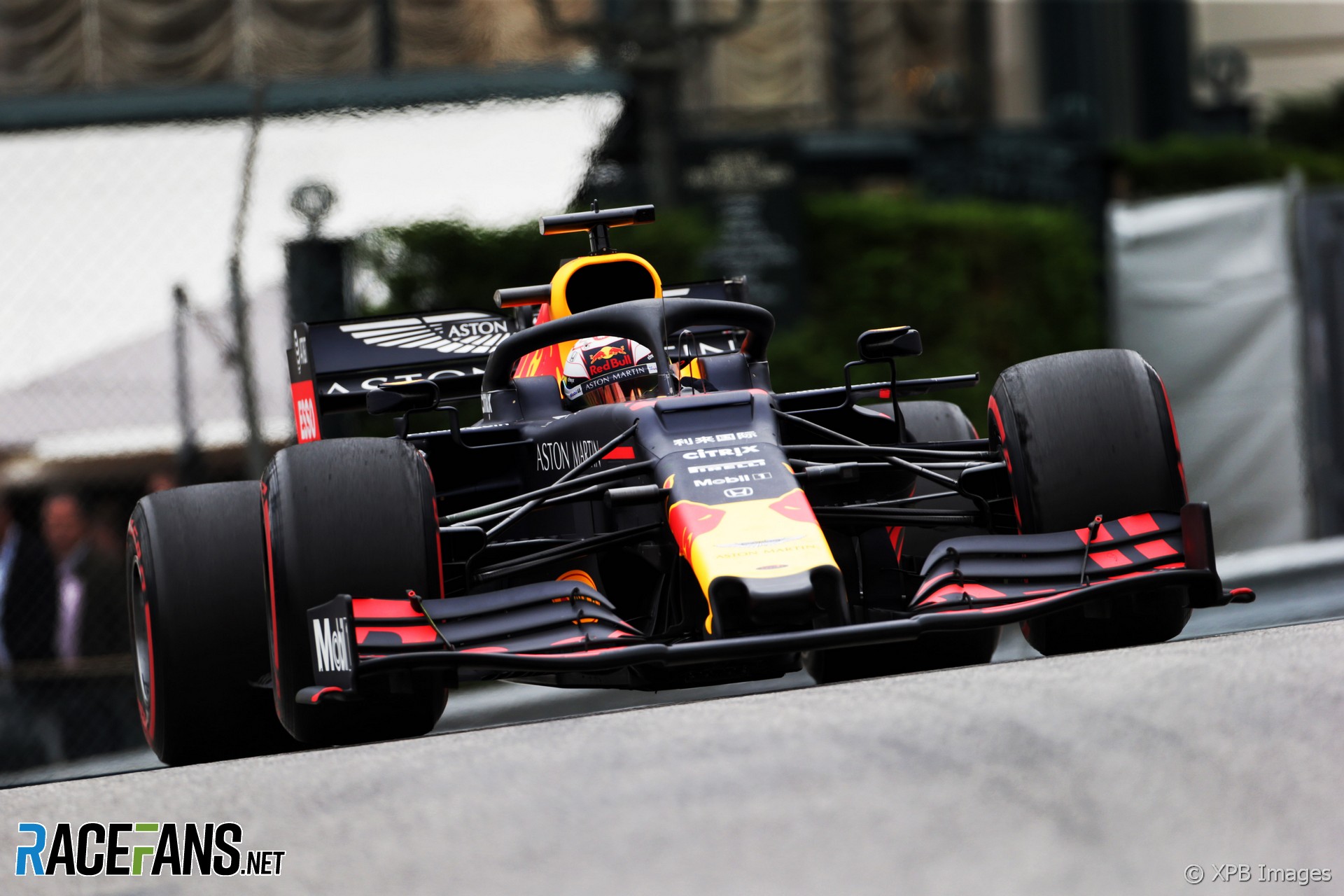 Max Verstappen believes Mercedes are “too quick” to catch in the Monaco Grand Prix but is hopeful he can beat the Ferrari drivers.

The Red Bull racer split the Mercedes pair in first practice but had to sit out part of the second session after his car suffered damage. However he believes his car has more potential than the afternoon session showed.

“I think we are still quick,” said Verstappen. “In the second practice, when everybody went onto their second set, we had a radiator leak because some debris flew into the airbox and damaged one of the radiators so we had to replace it. In general it’s alright.”

Mercedes were over seven-tenths of a second ahead of the next-quickest car at the end of Friday’s running. “I think Mercedes is too quick,” he admitted. “But the big gap in between second and third, we should fill that up.”

After he returned to the track Verstappen was heard complaining about his car’s balance. He explained this was because “we did a set-up change while changing the radiator to see if that works or not.

“It didn’t work but I know that if we go back to the other set-up it’s not too bad.”

“The balance is OK,” he added. “They only broadcast, of course, the negative things at the end. But in general it was alright. Of course you try different things in practice. Some work, some don’t so it’s alright.