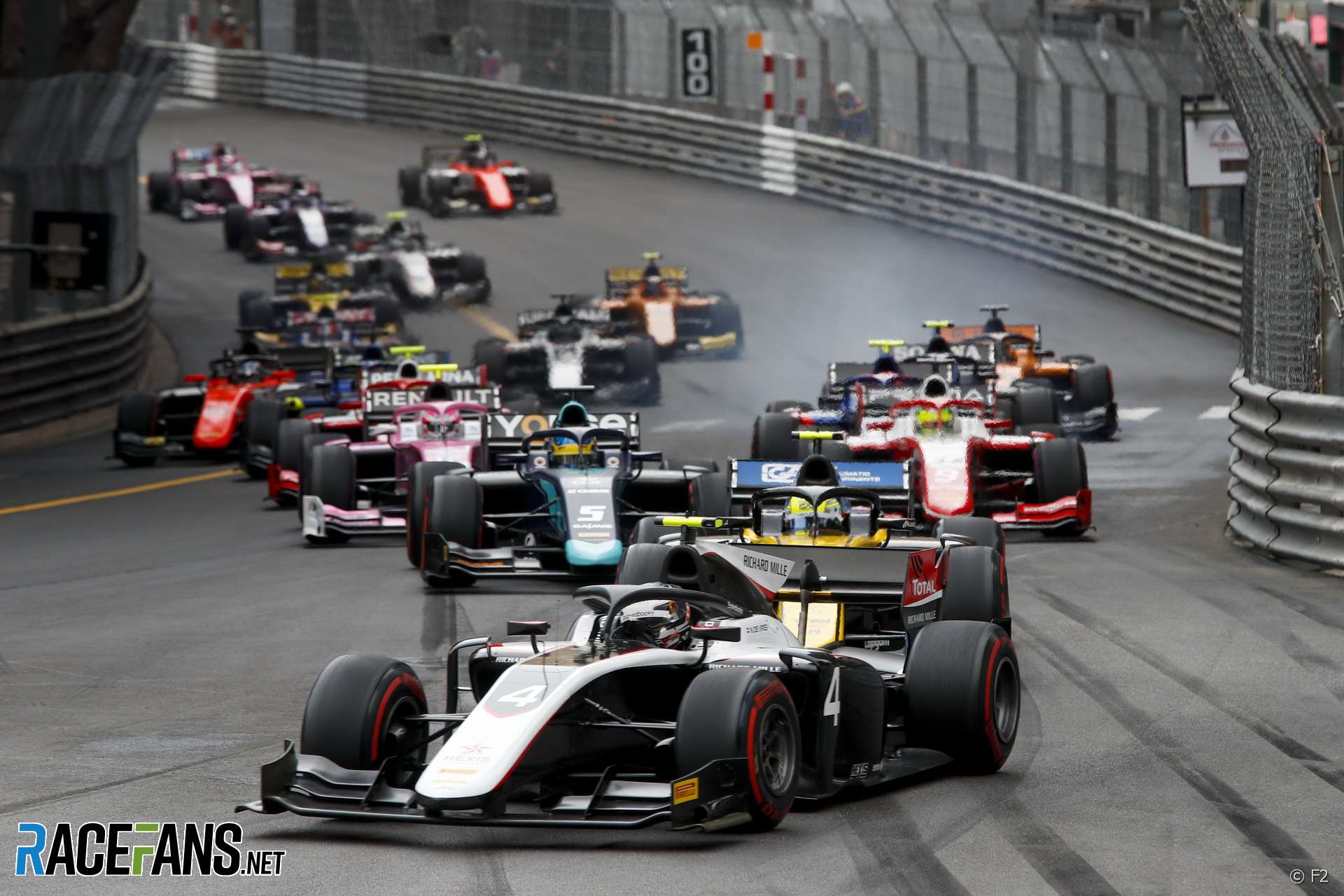 However the final result of the race remains in doubt as race control is investigating whether multiple teams broke rules during the race suspension.

De Vries took the lead easily at the start after fellow front row occupant Callum Ilott’s car “turned itself off” ahead of the original start, according to its distraught driver.

Ilott’s demise gave fourth-placed Schumacher a clear view of the front, but he spun his wheels at the start and Anthoine Hubert muscled his way past. However within a couple of laps Schumacher had re-passed the Arden driver, who left the door open at Mirabeau.

Schumacher gained a place from Nicholas Latifi when the pair pitted together. Latifi then tangled with the Prema man at the Fairmont hotel hairpin.

However it was Schumacher’s turn to cause contact next was a half-committed move on Tatiana Calderon at Rascasse. He tipped the Arden driver into a spin and the pair blocked the track, ironically at the very corner where Schumacher’s father tried to halt proceedings during qualifying for the grand prix 13 years ago.

The race was red-flagged while the field was disentangled. Following the restart Schumacher, and the other drivers behind him who has pitted, were classed as being a lap down. Schumacher was also given a drive-throughpenalty for the Calderon collision, as well as a five-second time penalty for cutting the track.

Latifi briefly looked like recovering a good result by passing Hubert at the chicane. However he then hit Gelael in much the same way Gelael’s team mate hit Calderon, breaking the Prema driver’s front wing, and earning a drive-through penalty.

Luca Ghiotto pursued De Vries but had to settle for second after grazing the barrier following their pit stops. Jack Aitken, whose qualify effort was ruined by traffic, was taken out of the race by Mahaveer Raghunathan with two laps to go.

At the same time Juan Manuel Correa dumped his car into the barrier at the exit of the Swimming Pool. Those two incidents brought out the Safety Car, but despite a final-lap restart De Vries hung on to take a vital victory.