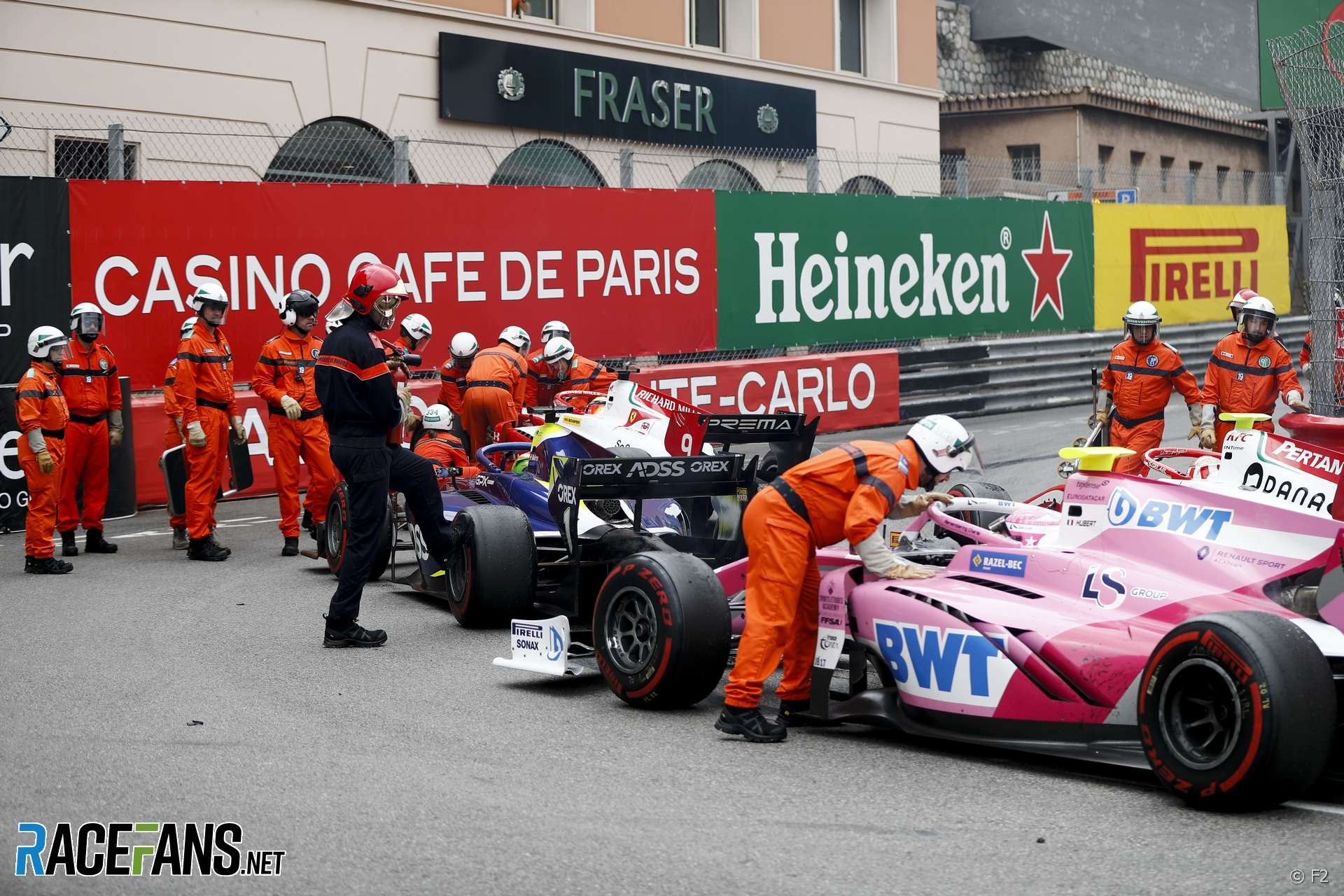 An error by race control during today’s Formula Two feature race in Monaco led to 11 drivers losing a lap to the race leaders.

Following a protest lodged during the race, the stewards ruled the restart procedure was not followed correctly after the race had been red-flagged.

The race was suspended after Mick Schumacher spun Tatiana Calderon at Rascasse, blocking the track. At the time of the collision all 19 runners were on the same lap, but when the race was restarted just eight drivers were still on the same lap as the leader.

The stewards ruled that while a mistake had been made, there was no way to rectify it post-race, and so the result was left unchanged.

“The protest is well founded and the protester did not act in bad faith,” noted the championship in an official statement. “The protest deposit is returned to the competitor and the stewards take no further action.

“Upon receipt of the protest, the stewards investigated the matter in depth with the race director, race control personnel and timing personnel. In the course of this investigation it was revealed that race one was suspended with a red flag that was not preceded by a safety car. The cars were subsequently correctly assembled in the pit lane under Article 41.3 of the aforementioned sporting regulations.

“In preparation for the restart, the cars were properly re-ordered in the pit lane in the order they crossed the last timing loop prior to the red flag period. A decision was subsequently made not to further adjust the restart order.

“Article 42.3 of the 2019 FIA F2 Sporting Regulations specifies the manner in which the restart order is to be re-established at the restart. That process was not executed in that those cars originally in pit lane ahead of the leader as well as lapped cars were not allowed to transit the course and join the restart order at the rear. While this procedure negatively impacted the remainder of the race by putting significantly more cars down a lap than would otherwise have been the case, the stewards find no equitable method to resolve this error and accordingly leave the results from race one as they stand.”

According to the F1 rules, the drivers who were incorrectly penalised a lap should have been allowed to drive a lap of the course prior to the restart to rejoin the back of the field. Article 42.3 of the F2 sporting regulation states: “At the two minute point, any cars between the Safety Car and the leader, in addition to any cars that had been lapped by the leader at the time the race was suspended, will be allowed to leave the pit lane and complete a further lap, without overtaking, and join the line of cars behind the Safety Car which left the pit lane when the race was resumed.”

The stewards also disqualified Luca Ghiotto, who originally finished second, after his team was found to have used steering rack stops which did not conform to the technical specifications. Nobuharu Matsushita is therefore promoted to second place ahead of Sergio Sette Camara. Louis Deletraz moves up from eighth to seventh and therefore loses pole position for the sprint race to Anthoine Hubert, who took eighth.