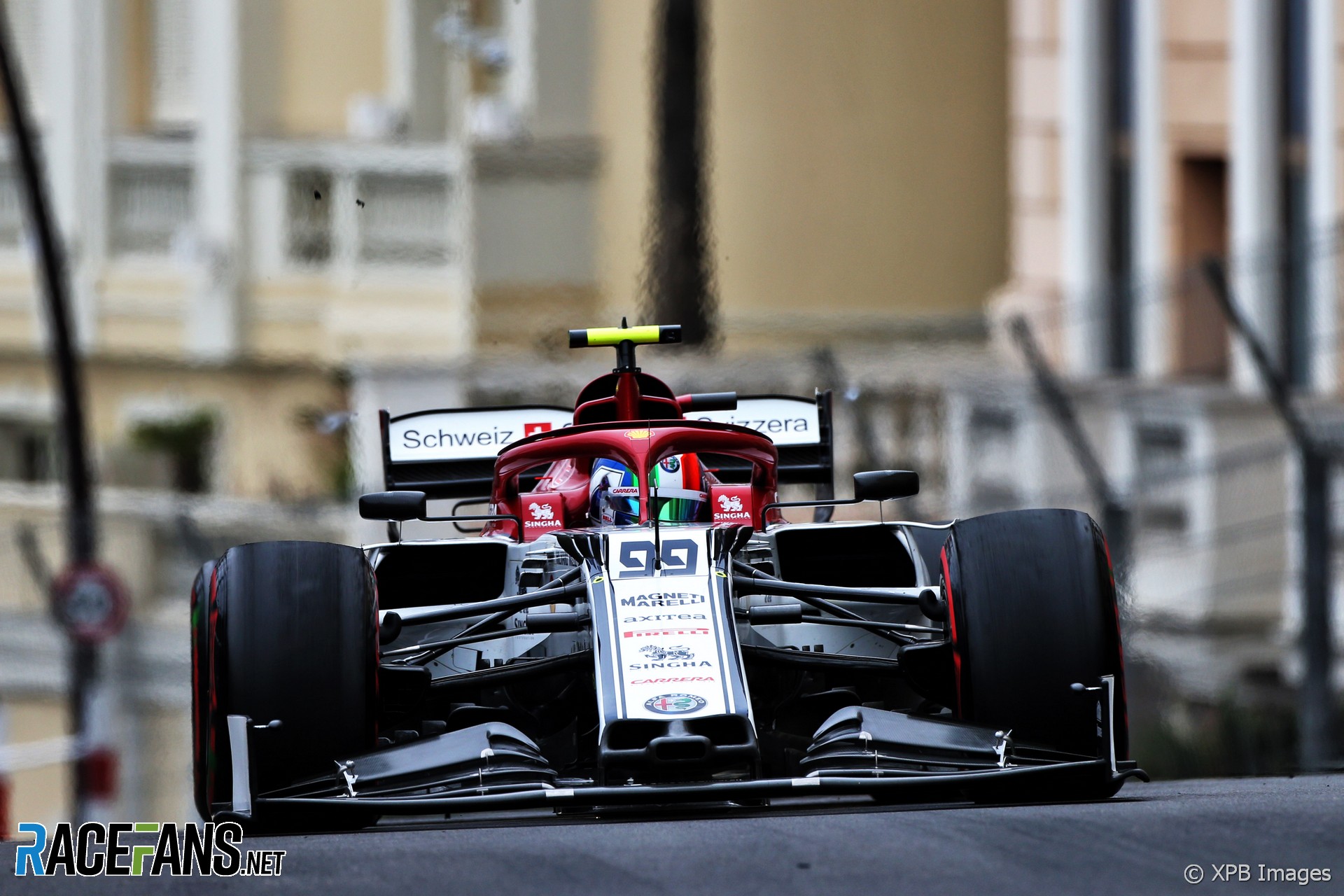 Antonio Giovinazzi has been given a three-place grid penalty after the stewards ruled he held up Nico Hulkenberg during qualifying.

The Renault driver had to dodge around the Alfa Romeo on the approach to Rascasse in Q1. The stewards noted Alfa Romeo left it very late to warn Giovinazzi about Hulkenberg.

“The driver of car 99 was between turn 16 and turn 18 when he was warned exceptionally late that car 27 was behind him,” they explained. “At the time he was in the middle of the track and clearly impeded car 27.

“The stewards considered that as the driver of car 99 was on a set-up lap, he had the opportunity to give more room regardless of whether he received a warning from the team.

“Further the team had the opportunity to give a better warning. The stewards therefore determined that the impeding was unnecessary, and ordered a three grid place drop, consistent with past practice.”

Both drivers progressed into Q2 following the incident. Hulkenberg went on to take 11th place on the grid. Giovinazzi’s penalty drops him from 15th on the grid to 18th as it stands, promoting Charles Leclerc to his original position.

2 comments on “Giovinazzi given three-place penalty for impeding Hulkenberg”