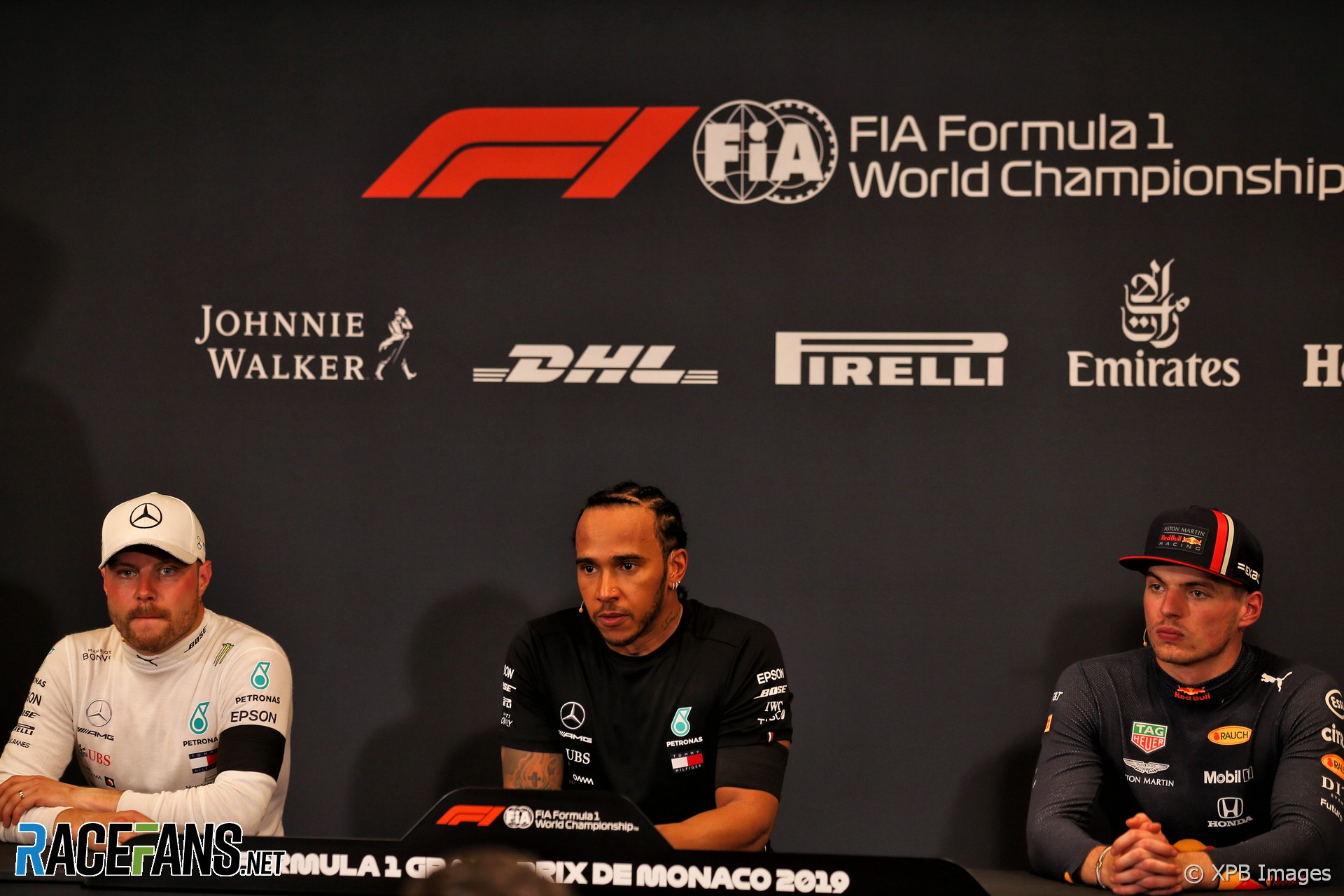 Lewis Hamilton said Mercedes would not take the kind of gamble Ferrari did during qualifying, which led to Charles Leclerc being eliminated in Q1.

Ferrari team principal Mattia Binotto said the team hoped to avoid using a second set of soft tyres in Q1 by not sending Leclerc out again. However their rivals’ lap times improved more quickly than they expected, and Leclerc failed to make the cut for Q2.

Hamilton said Mercedes would not risk failing to get into the next stage of qualifying in order to save a set of tyres.

“Sometimes it happens: You’ll have a minimum time, the knock-out time, they’ll say the least time is this and they’ll predict the track is going to improve a certain amount and you go out and do a lap and they say you’re safe.

“[On] my first lap, they said you’re safe, but you can stay out and do more. I decided to stay out and better my time and see if the track improved. I’ve been sat in the garage and they’re like ‘we’re on the edge, we might go out again, we might not’.

“They chose to risk it. We don’t really take any risks like that that.”

Mercedes hold regular discussions over their plans for qualifying to ensure they don’t get caught out, said Hamilton.

“We sit down, talk a lot about the plan even until going into Q3 you’re talking about the timings and the preparation and what we’re going to be doing. Communication is constant.

“That relationship’s so important, we’ve got great people in our team. They’re not making mistakes and they’re delivering in their work.”

Hamilton’s team principal Toto Wolff said he understood how Ferrari’s error came about and is disappointed Charles Leclerc won’t be near the front of the field in tomorrow’s race.

“These things happen. Using a second set of softs in Q1, you’re penalised. You’re lacking a set of tyres for Q2 and [Q3]. And I think this was the thinking and then the track ramp-up was much stronger than expected and this is how they missed out by this one position.

“It’s unfortunate because Charles was P1 before, it’s his home grand prix and everyone cheers for him. And if I could have had a wish in terms of the narrative around this Monaco Grand Prix it’s to have Charles Leclerc in the fight with us. And he’s not, and that’s a shame.”

16 comments on “Hamilton on Ferrari’s Leclerc blunder: ‘We don’t take risks like that’”