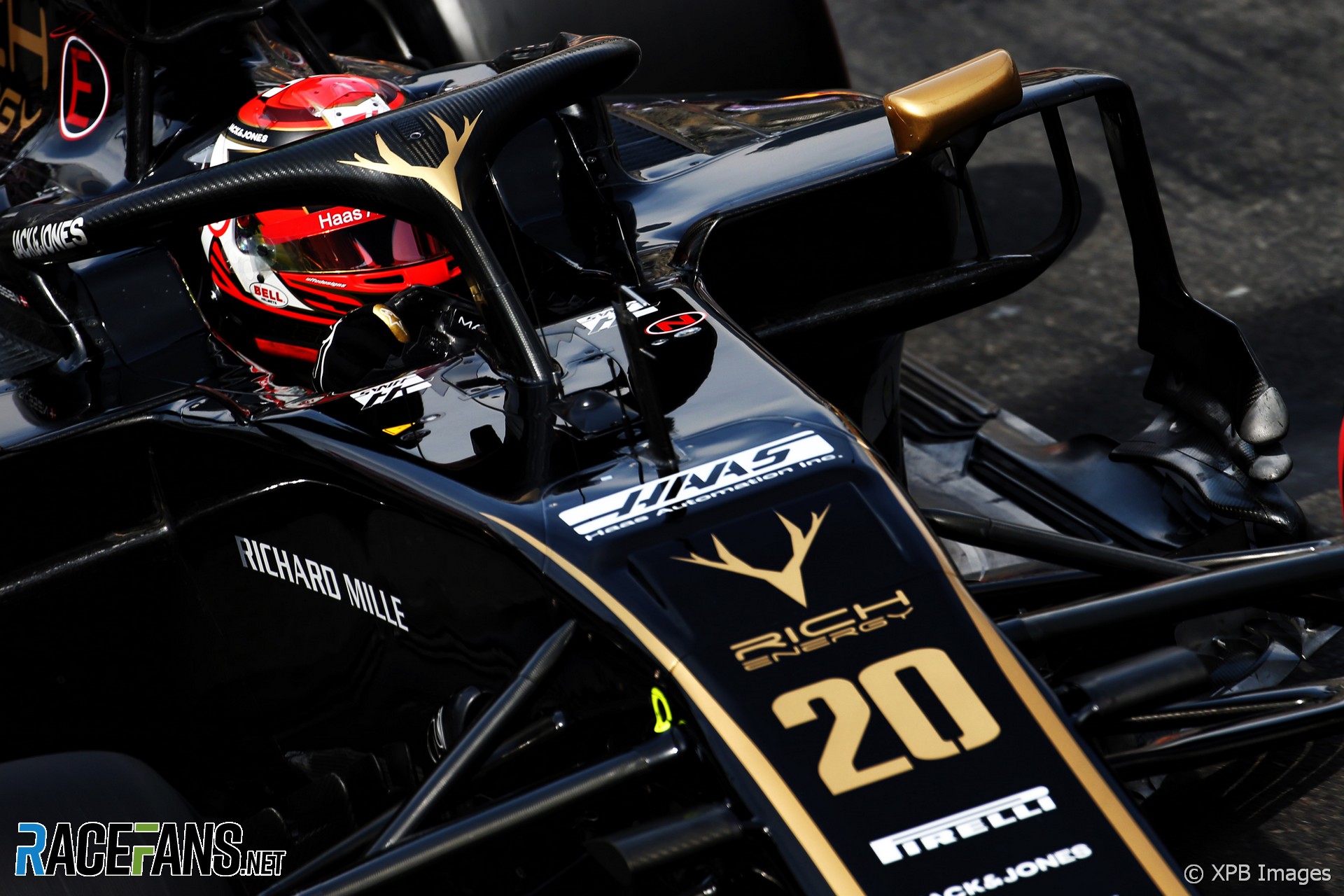 Kevin Magnussen says he could have out-qualified Sebastian Vettel’s Ferrari for fourth place on the grid in Monaco.

The Haas driver ended qualifying sixth and is set to start from fifth place due to Pierre Gasly’s penalty. He said he’s been happy with his car’s balance since he arrived in Monaco.

“We’ve had a really good car all weekend,” he said. “We haven’t changed much on the car. I’ve been able to just build and build and get into the rhythm with the same car, which helps a lot. I’m just very happy.”

But he admitted his final Q3 lap wasn’t “perfect” and he could be even higher on the grid. “For example I pressed the DRS a little bit too early so I didn’t get DRS on the last straight which cost me probably a tenth or so. So there was an actual P5 in there, maybe even P4 because the Ferrari wasn’t that far ahead either. It’s great to be in a mix of a P4. It’s pretty cool.”

Magnussen said he was surprised by his hit with the wall in qualifying which damaged his car’s front wing.

“I locked up into turn five and then expected to have understeer. So I turned in a little bit earlier because of the front lock. And then I didn’t have any understeer so I just turned into the wall.

“I hit it really hard so I was mega-surprised not to damage the front suspension. Luckily it didn’t. I damaged the front wing so I came in and changed that and the guys did an amazing job to get that done and sent me out on time so I could still complete all my programme.

“I’m sure I knocked the front toe a little bit but it didn’t change massively the balance so no issues there. Still the car was handling very well and very consistently and I was able to just build and build, add a little bit every lap and get through the qualifying in the way you want here in Monaco, just building up.”

7 comments on “Magnussen: Fourth was possible despite hitting wall”