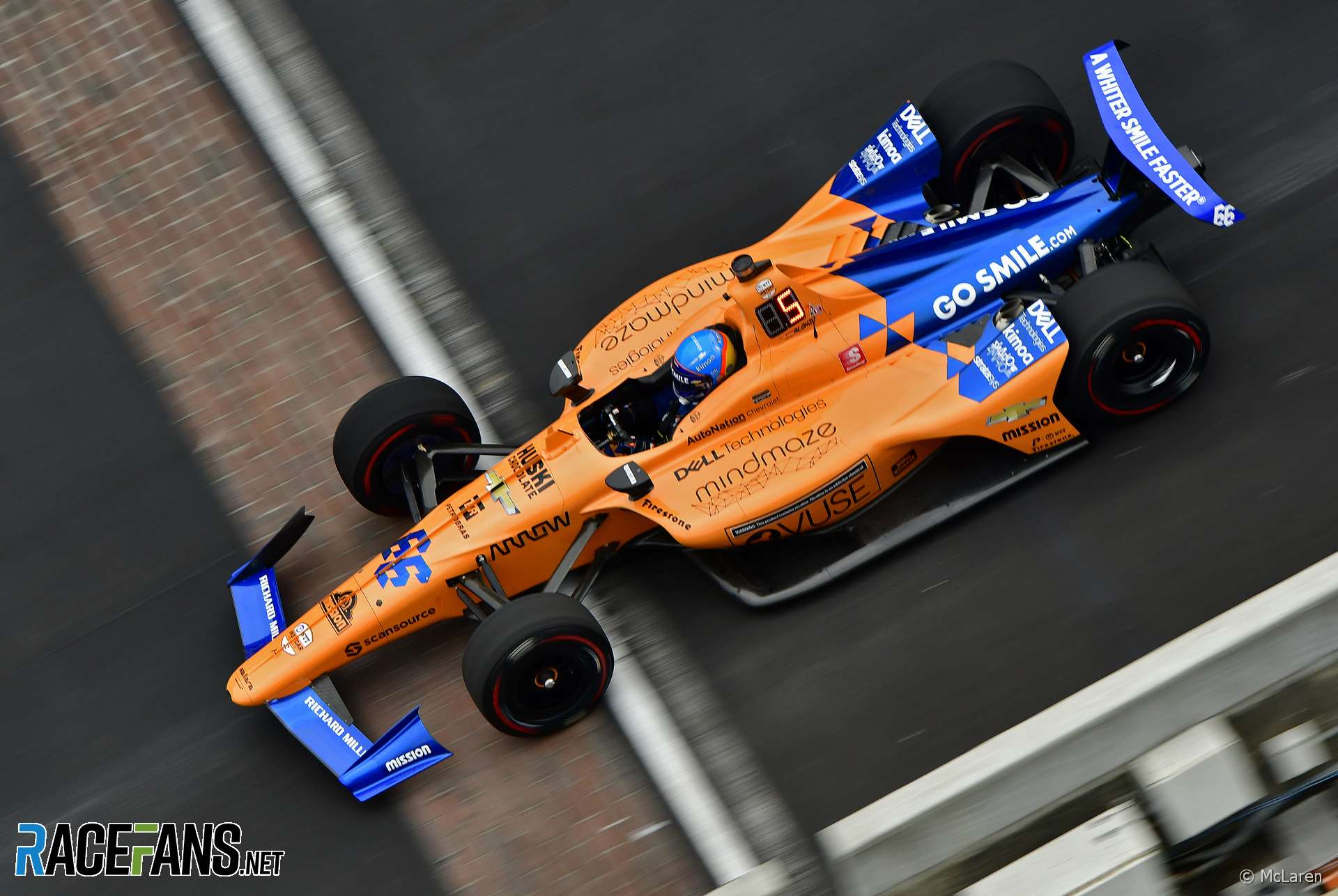 McLaren could expand its IndyCar programme to include more races before returning for another attempt at the Indianapolis 500.

The team’s sole entry for this year’s race will not be on the grid tomorrow after a catalogue of errors led to Fernando Alonso missing the cut for the 33-car field.

Two years ago Alonso qualified fifth on the grid and led 27 laps of the race in a car run by McLaren and IndyCar squad Andretti. However McLaren Racing CEO Zak Brown does not believe that created unrealistic expectations of how well they could perform entering the single race by themselves.

“Well 2017 was a totally different programme,” said Brown in response to a question from RaceFans. “We partnered with Andretti, it was their car, it was primarily their people, so there it was more about ‘can Fernando get the job done?’ Which clearly he could have.

“This year we went about it pretty much independent. Carlin was a much smaller resource for us, they weren’t running the car, it’s McLaren’s fault for not qualifying, so I think it’s pretty hard to compare the two because we didn’t race in a like-for-like scenario.”

Brown wants to take the team back to Indianapolis and will reconsider whether to partner with another team or enter more races to increase McLaren’s experience of IndyCar racing.

“When we go back we want to do it as McLaren. So how much involvement we will potentially need from another team? Do we do a couple more races to get ready for Indy? That’s something that we’ve discussed.

“We’ve got to step back and put it all on the table and look at everything and then it’s not ‘would we do this differently or that differently’. I think it’s a catalogue of things that we need to address.”