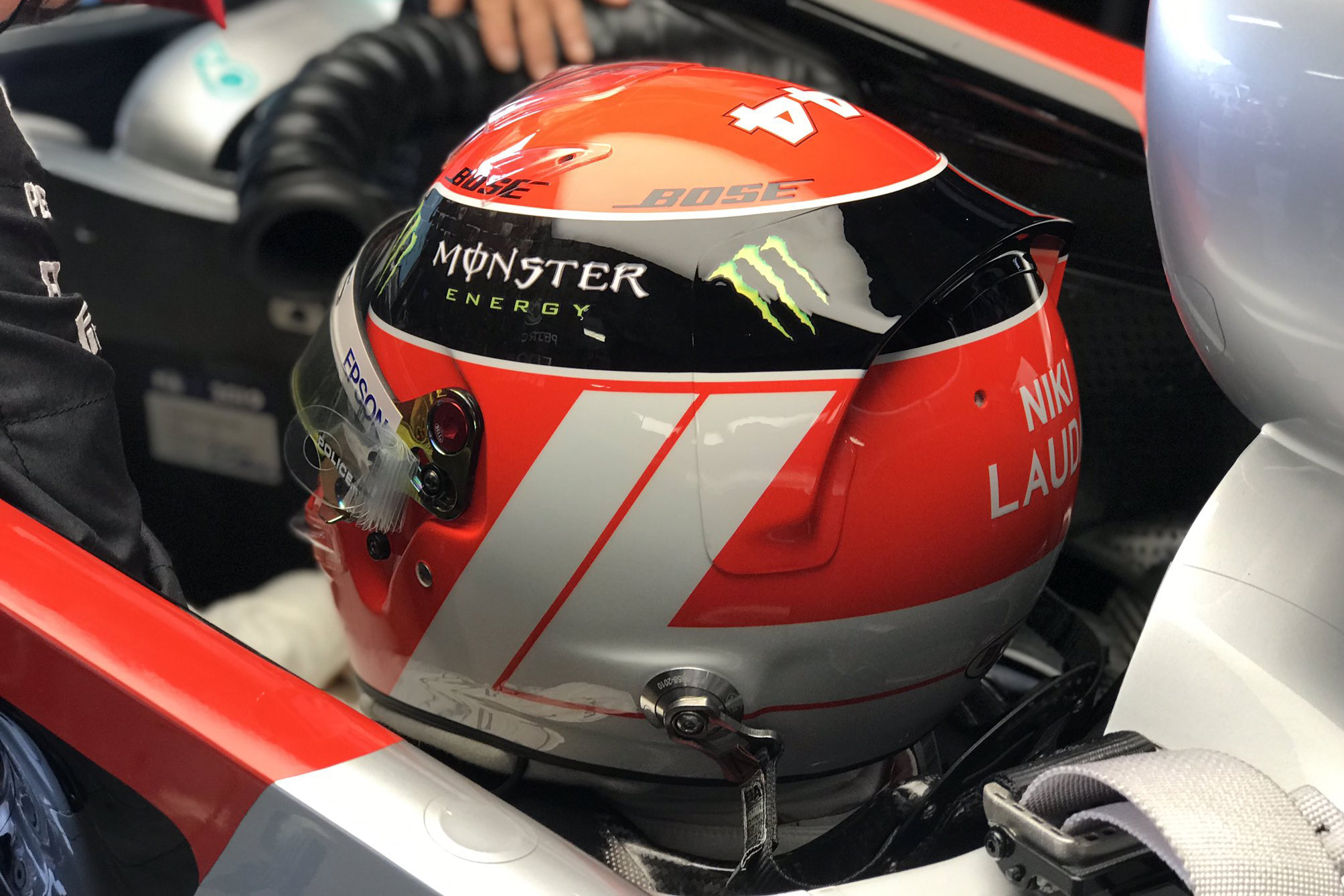 The pole sitter appeared on the track ahead of the race in a new helmet based on the design used by Lauda, who died earlier this week. Vettel has also been using a helmet based on Lauda’s, who won two of his world championships with Ferrari.

Hamilton said he wants to produce “something special” for today’s race. “We’re professionals so you get in and do what you love doing. Niki would just want us to get in.

“Niki and would always just say ‘give it arseholes’, so that’s what I try to do every time I get in the car. That’s honestly what he said all the time. We just try to walk around with a smile and really try to lift each other up, as I said, and do him proud.

“I think so far hopefully we are and we have to continue to try to pull out something special tomorrow. Max [Verstappen] has been really quick this weekend as well, so anything can happen, so still got a good job to do [in the race]. But there’s no better place to start.”

The grand prix will begin after a one-minute’s silence for the three-times champion, who won the Monte-Carlo street race in 1975 and 1976.