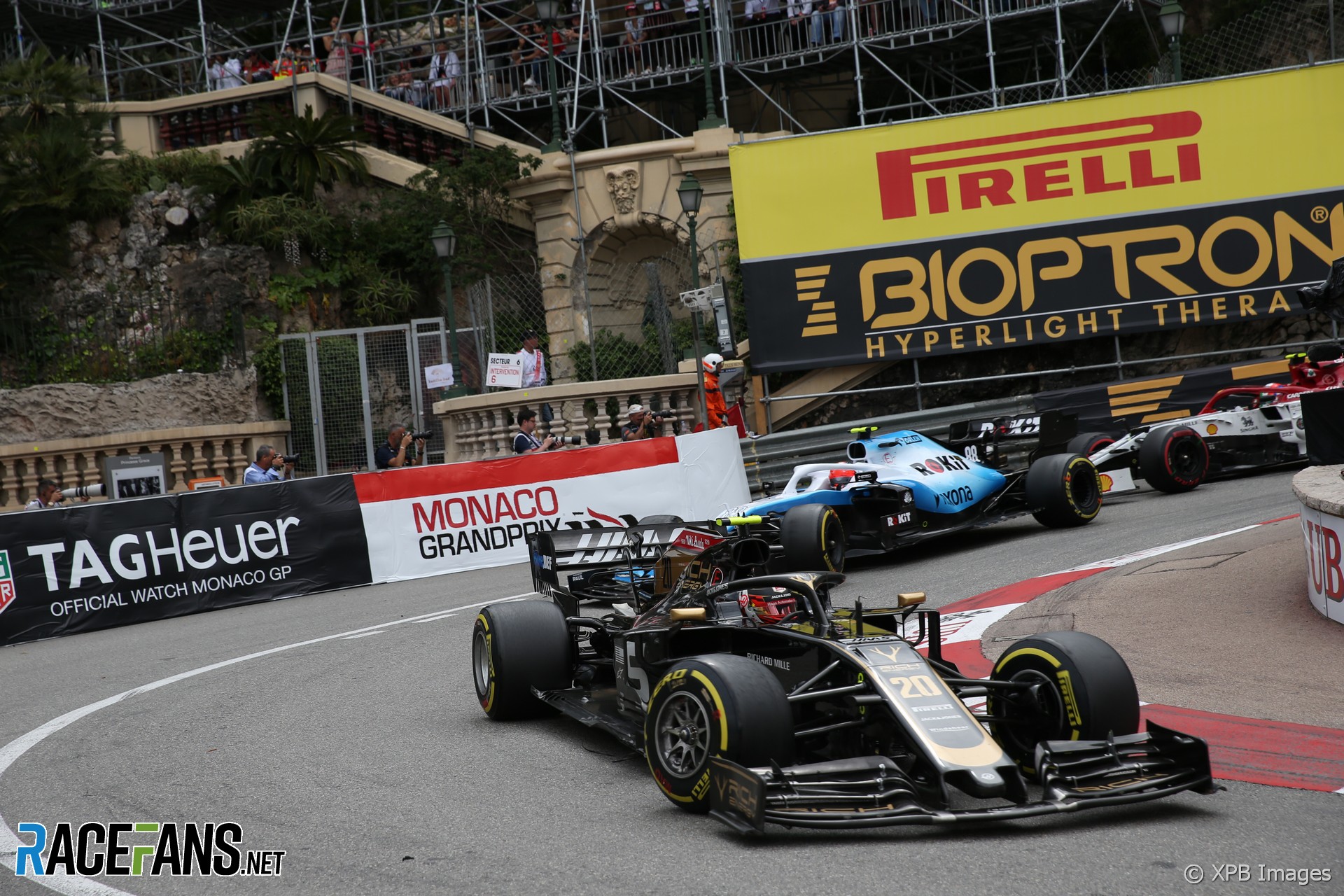 Kevin Magnussen has been relegated from 12th to 14th place in the final result for the Monaco Grand Prix following an incident with Sergio Perez during the race.

After speaking to both drivers, the stewards chose to impose a five-second time penalty on Magnussen.

They ruled: “Car 11 [Perez] moved to the left of car 20 [Magnussen] in the braking zone of turn 10 and pulled fully alongside. The two cars then took the first apex side by side and moved towards the second apex side by side.

“The driver of car 20 then cut behind the kerb at the next apex avoiding a collision with car 11 which would have resulted had he gone over the kerb. However, rather than re-joining the track as soon as possible, the driver of car 20 opened his steering and also missed the next apex creating a further shortcut allowing him to re-join the track ahead of car 20 rather than side by side, which would have been the case had he gone behind the raised kerb and re-joined as soon as possible, which there was room to do.”

Magnussen has also been given a penalty point on his licence.