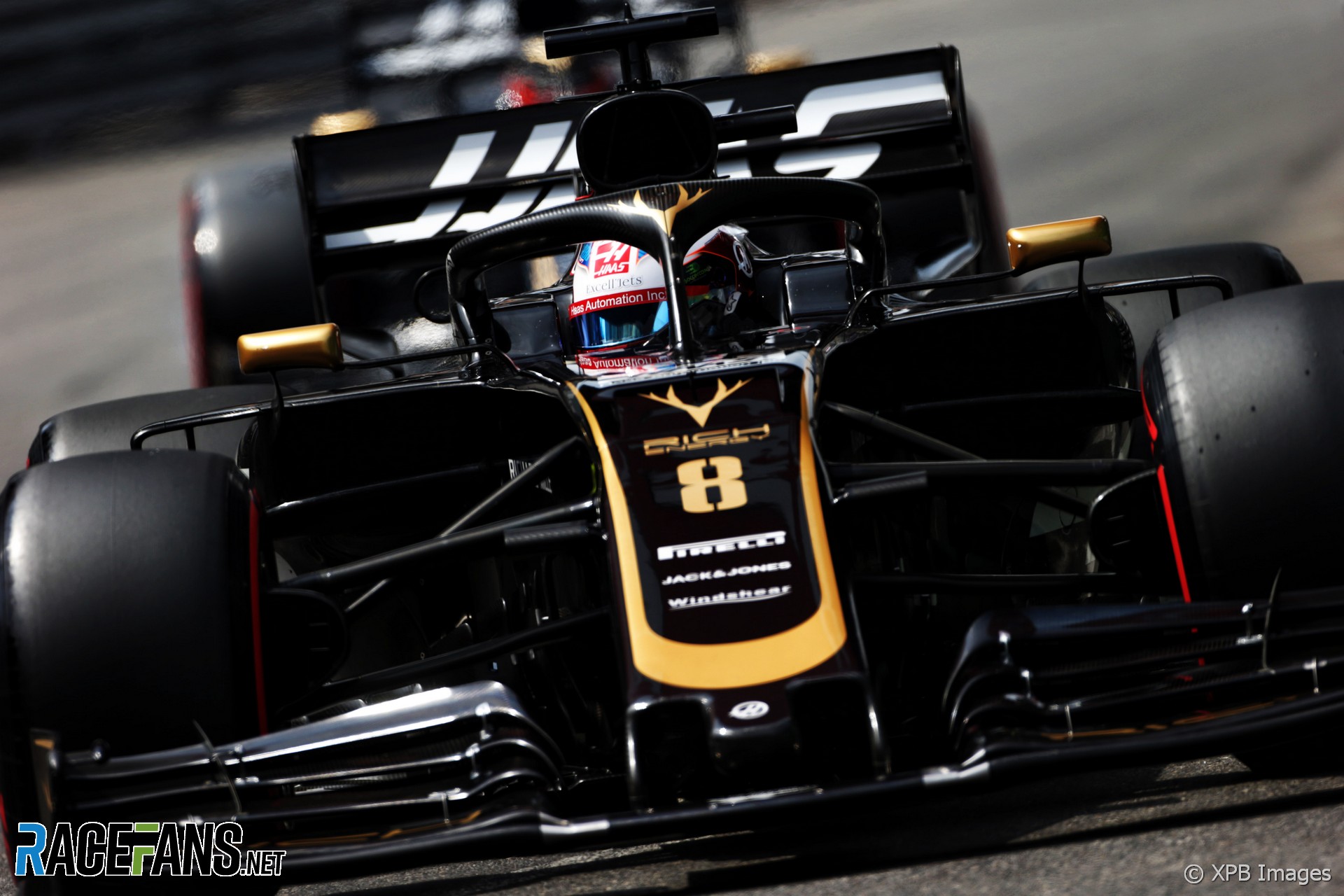 In the round-up: Romain Grosjean says his near-collision with Pierre Gasly during qualifying was “scary”.

The only consolation is there might be rain. In Monaco P13 with new tyres, you don’t give a damn actually.

I’ve sweared enough for today. I went out a bit of my comfort zone on the radio so I apologise for that. But what can you say, at Monaco flat-out it was a bit of a scary moment for Pierre and myself.

The red star @MercedesAMGF1 added to their car as a tribute to Niki Lauda will remain there "forever", says Toto Wolff. #F1 #MonacoGP pic.twitter.com/aB4gcExd7t

Some days are harder than others. Today was one of them, being at home hurts even more, starting 16th at the race where overtaking is the most difficult of the season won't be easy but I'll give it all.
📸: @jcpieri pic.twitter.com/hluYSzuFxj

A frustrated @RGrosjean gets blocked by @PierreGASLY, who hadn't been told about the Haas by Red Bull, and later got a penalty. #F1 #MonacoGP pic.twitter.com/NnBPuwCDWl

Nico Hulkenberg: "I felt the car had the potential for Q3 today, so it’s a little disappointing to just miss out in eleventh place. It was very tight out there. Maybe I was pushing too hard, overdriving the car in places here and there, but that’s only little things."

"We just have to remember that Monaco is a one-off race and I don’t believe our performance today is a true reflection of the speed we have in the car."

Andrew Shovlin: "We hadn’t quite decided what we were doing by the final session, Lewis trying lap two, Valtteri lap one, but the time Valtteri put in made it clear we needed to go for the first lap."

"I think it was great teamwork between my engineers and myself. We did a good job analysing where I felt uncomfortable on Thursday and they gave me exactly what I asked for, as soon as I get the set-up I want I know I can deliver a good performance."

I really hope Leclerc leaves Ferrari. We are only six races down and already he’s been let down by the team on four occasions. They don’t really deserve top drawer talents in their squad.

This team is a perfect example of incompetence and inefficiency. Vettel and Ferrari seem like a good fit. Now they need to find the next Raikkonen to jump in to that second seat and they can go on losing championships for decades to come.
@Todfod

14 comments on “Gasly near-miss was a “scary moment” – Grosjean”