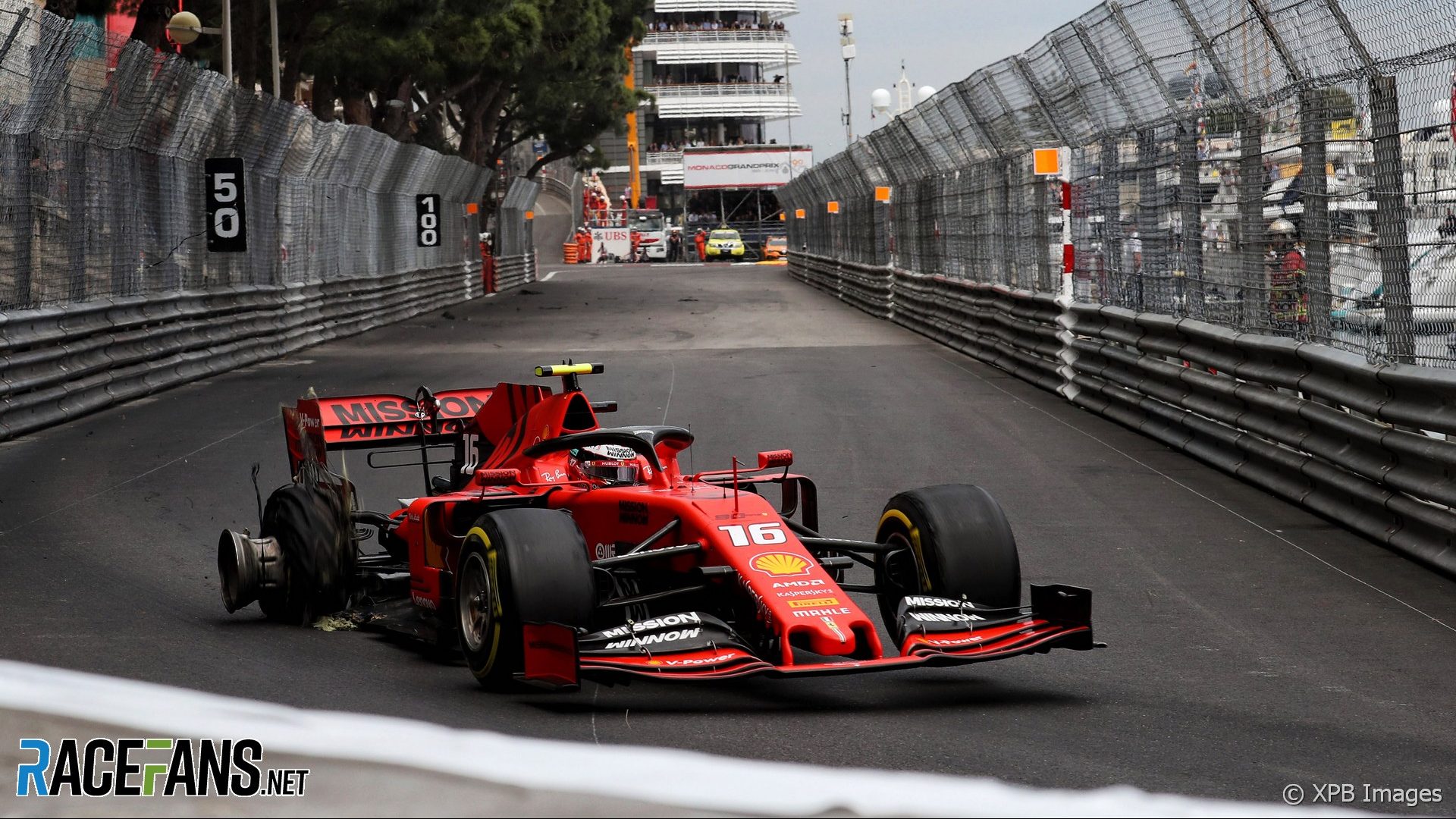 The Ferrari driver started 15th on the grid after an error by his team meant he went out in the first round of qualifying. Leclerc said that meant he had to take risks. He overtook Lando Norris and Romain Grosjean early on, then collided with Hulkenberg at Rascasse.

“Starting from 15th, which was not our real pace position, I obviously had to take risks,” said Leclerc. “I passed Romain even though it was extremely tight. And the second time I just tried the same thing with Nico, he left me less space, and then I clipped the wall on the right side and I had a puncture then.”

The punctured tyre fell apart while Leclerc drove back to the pits, causing floor damage which eventually forced him to retire.

“It was very difficult to drive, I think the damage was too big. We tried to do a change with the front wing to try and compensate the lack of downforce we had because of the damage but it was not enough. Then we decided to stop because of it.”

Leclerc said he would “just get on with it” after the disappointment of failing to score in his home race. “In the end I cannot change it any more, it’s just how it is, unfortunately.

“It’s a shame it happens at home, especially on a track like Monaco starting 15th obviously means that Sunday will be a difficult day. And even more without the rain. But we knew it would be a very difficult day which it has been obviously. Now we need to look forward.”