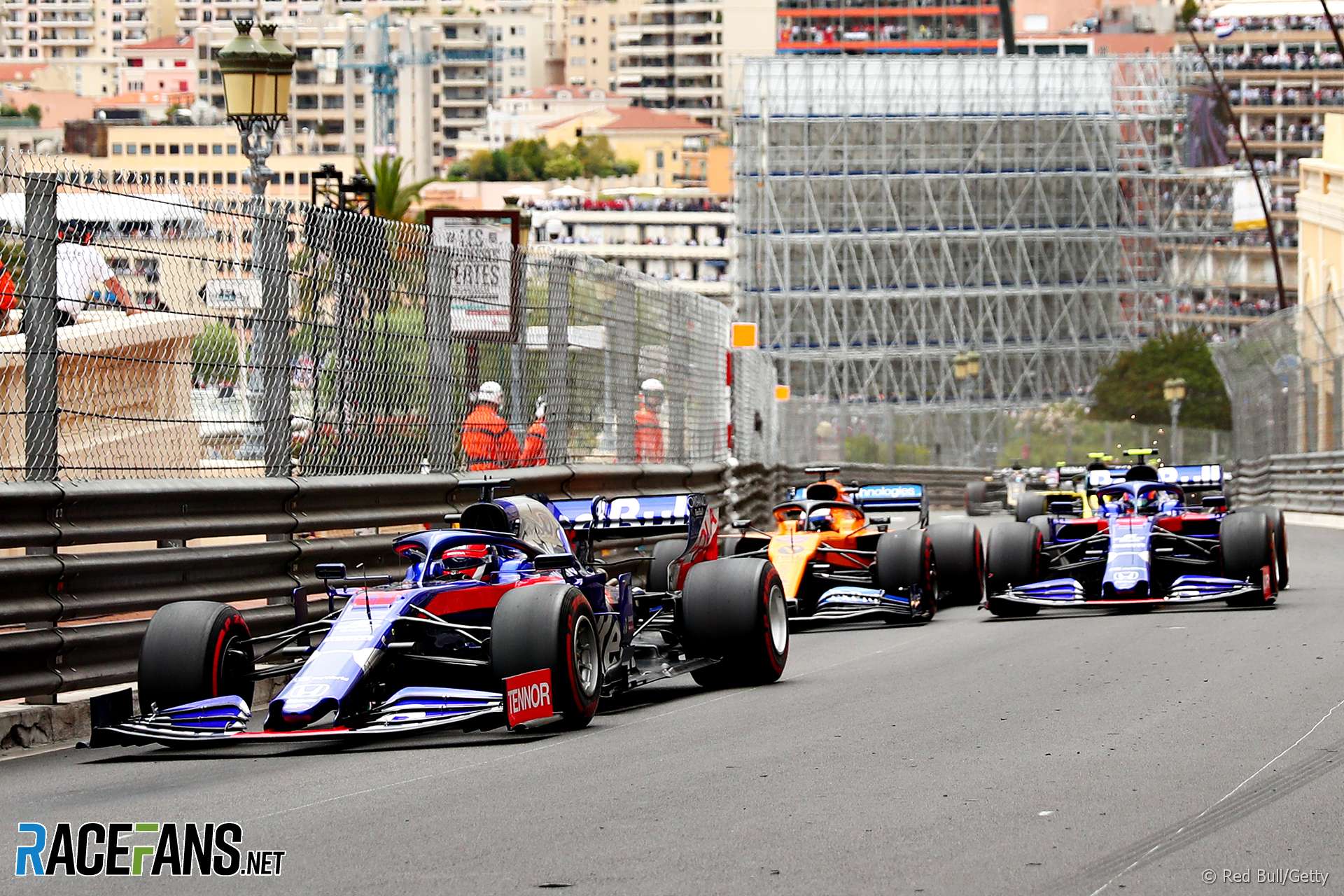 Carlos Sainz Jnr says his first-lap pass on Daniil Kvyat in the Monaco Grand Prix was the best of his F1 career so far.

The McLaren driver went around the outside of Alexander Albon and Daniil Kvyat as the field climbed towards Massenet and rounded the left-hander at the start. That put Sainz on course to equal his best finish in Monaco with sixth.

“A good amount of points this weekend,” he said. “It feels particularly good because we went through some difficulties at the beginning of the weekend and we just built it up, put a good lap in quali when it counted and after that I got a really good start off the line.

“I managed to pass the two Toro Rossos around the outside of turn three which was probably the best move of my career in F1 until now. And then put some good laps in, got the pit stop timing just right and P6.”

McLaren chose not to pit Sainz during the Safety Car period, which helped him gain further places from Daniel Ricciardo and Kevin Magnussen. Sainz also set a series of quick laps to prevent Kvyat get back in front of him when the Toro Rosso driver pitted.

“It was tight and I had to defend, I think I did fastest lap of the race right after trying to defend the over-cut of Daniil Kvyat. It was just great timing, great call and just good pace when it counted.”