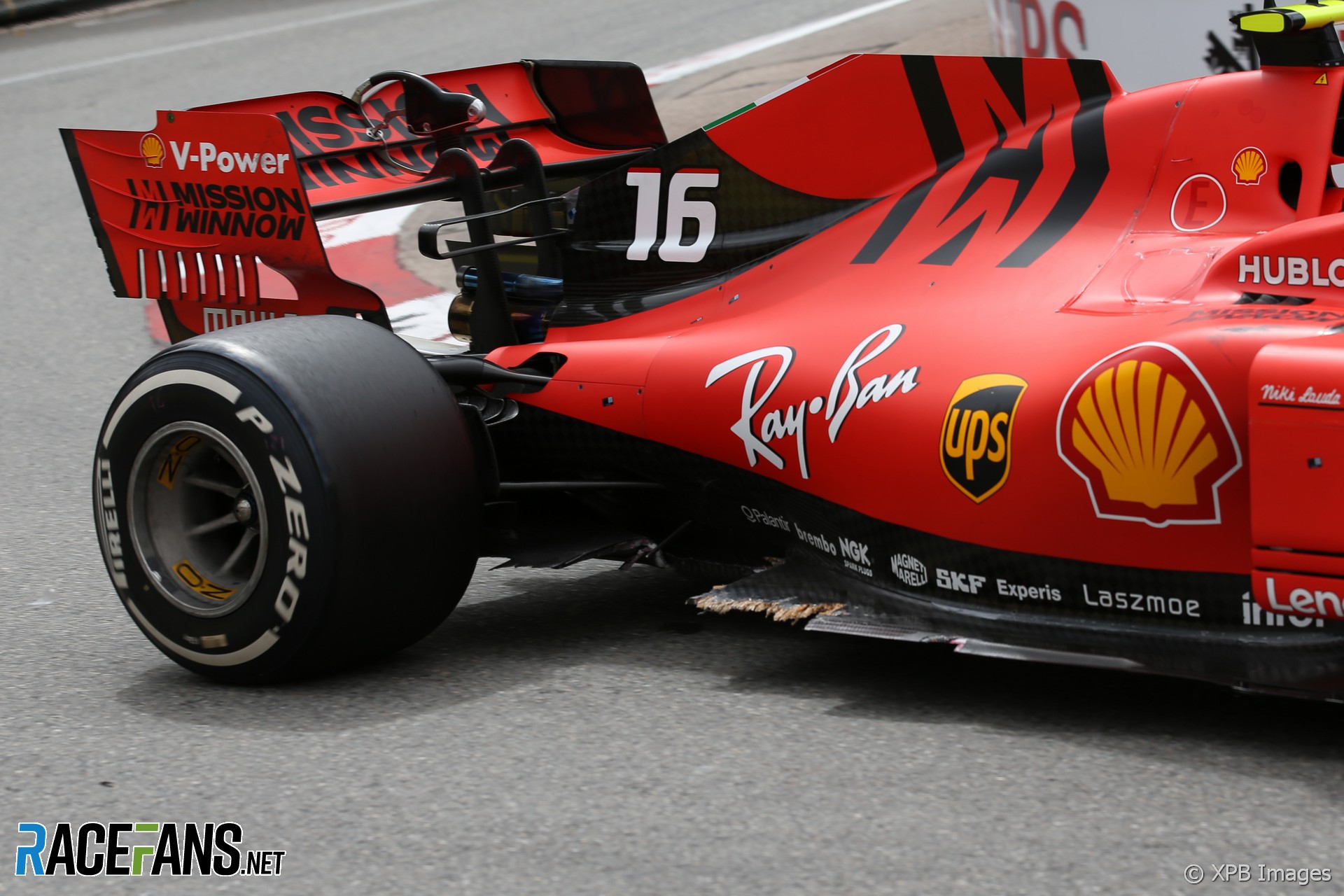 Charles Leclerc and Ferrari tried everything they could to stay in the Monaco Grand Prix after he suffered heavy floor damage during the race.

Leclerc’s collision with Nico Hulkenberg caused a right-rear puncture, and as he returned to the pits the tyre disintegrated, badly damaging his right-rear floor.

After fitting fresh tyres Leclerc rejoined the back of the pack at the restart. However he lost more time when Robert Kubica and Antonio Giovinazzi collided at Rascasse.

Back at racing speeds, Leclerc described his car as “undriveable” and said he was worried he would crash. Ferrari tried to reduce the problem by bringing in Leclerc to lower his front wing and shift the aero balance back towards the rear of the car. But as soon as Leclerc tackled the fast Massenet and Casino corners on his out-lap they realised it was in vain and called him in for good.

His team radio from the race reveals how the drama unfolded.

14 comments on ““We think you can push”: Leclerc’s radio from his race-ending collision”