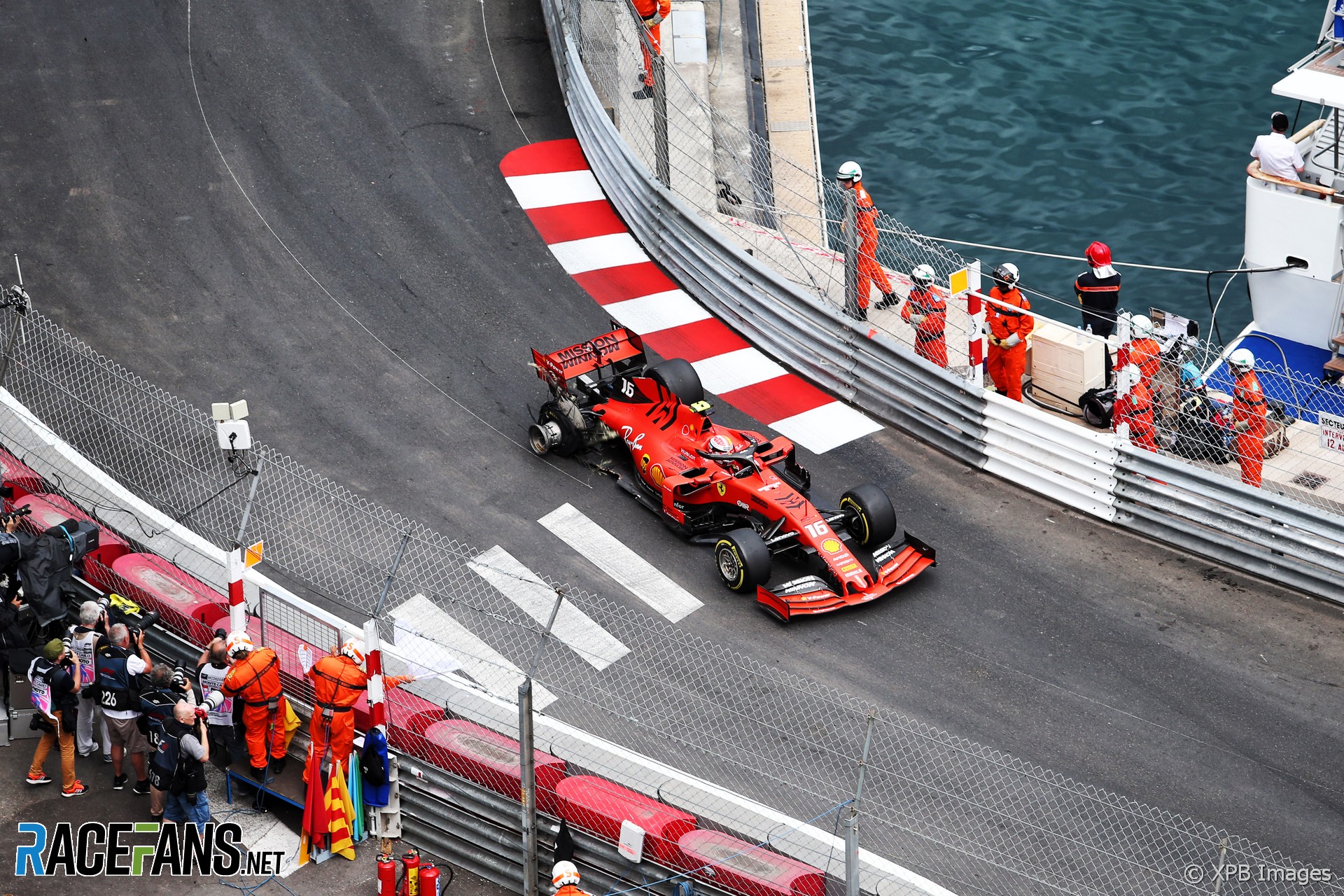 The Ferrari driver started his home race from 15th on the grid after being left in the pits by his team during the final stages of Q1. That led him to make an “impetuous” error when trying to pass Nico Hulkenberg, said Brawn.

“Charles went too far and paid a high price for his impetuousness,” said Brawn.

“His reaction was understandable, however. It’s his home race and his first attempt at it with a front-running team. It was supposed to be a special moment but it ended only in disappointment.”

Leclerc clipped a barrier while trying to pass Hulkenberg, puncturing his right-rear tyre. That then damaged his car’s floor as he drove back to the pit, ultimately forcing him out of the race.

Although Sebastian Vettel scored Ferrari’s best result of the season so far with second place, Brawn believes that flattered their performance on a weekend when they were out-performed by Red Bull as well as Mercedes.

“It was a difficult weekend for Ferrari, although it ended with their best result of the year,” said Brawn. “Vettel’s second place came at the end of a race in which he didn’t play a key role, sitting behind [Max] Verstappen throughout but unable to really worry the Dutchman.

“It reflected a weekend during which the Scuderia was the third strongest team. That was predictable given what we saw in Barcelona, where the car struggled, especially in the third sector of that track. The season seems to be getting away from the Maranello team, but it’s not the time to give up and it must learn from its mistakes if it wants to move forward.”