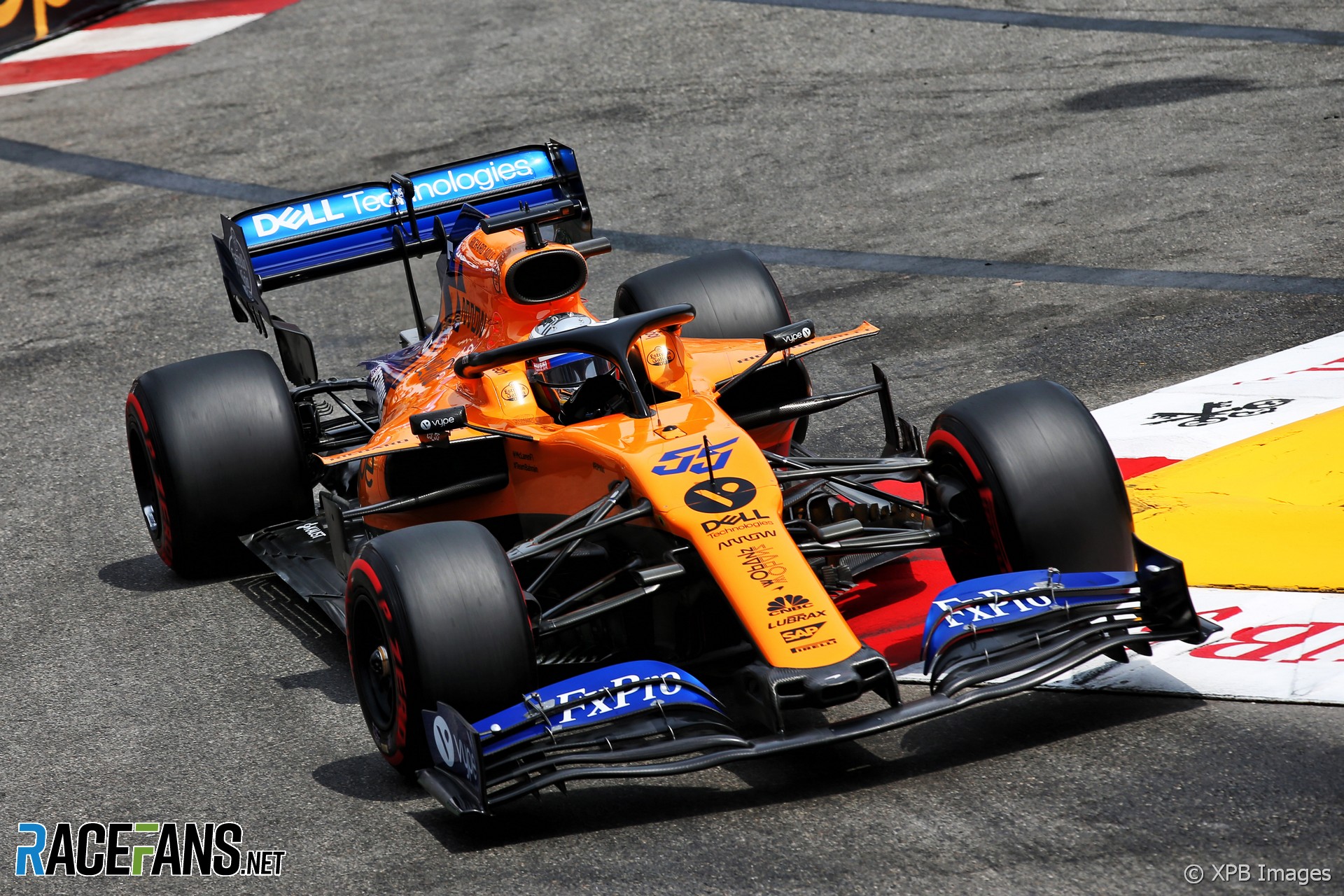 McLaren didn’t look like Q3 contenders on Thursday but Carlos Sainz Jnr did his usual solid job in Monaco, chipping away at his lap times as he gained confidence. Ninth in Q3 was a great effort, and when Alexander Albon threatened to get ahead of him at the start he boldly hung on around the outside at Massenet, then cheekily did the other Toro Rosso for good measure.

It’s clear the strategy McLaren chose for Lando Norris helped Sainz to his eventual ‘best of the rest’ sixth place, but he still had to graft for it. Setting the fastest lap of the race (up to that point) following his pit stop ensured he kept Kvyat behind.

Not for the first time this year, Renault squandered a fine performance by its new driver. Having been 17th on Thursday, Daniel Ricciardo’s seventh on the grid (aided by Pierre Gasly’s penalty) was a triumph, aided by what he called a “brave”, qualifying-focused set-up decision.

He slipped by Kevin Magnussen for sixth place at the start and although his pace wasn’t great, in Monaco Renault should have been able to hold onto the position. But leaping at the opportunity to pit under the Safety Car cost them, and Ricciardo, dearly. He deserved more than ninth.

The reinvigorated Valtteri Bottas is keeping Lewis Hamilton honest this year. He pulled a great lap out at the end of Q3 to bag the crucial Monaco pole position, and from there victory should have been straightforward.

While FOM’s carefully-chosen selection of Hamilton’s radio comments painted a picture of a crisis developing after he switched to the medium tyres, he controlled things extremely well. He played it cool when Verstappen attacked, and delivered a classy fourth win of the season.

As well as being slow all weekend, Lance Stroll drew the ire of many drivers by failing to keep off the racing line when he wasn’t using it. The Racing Point wasn’t quick in Monaco, but in Stroll’s hands it was six tenths of a second slower than his team mate’s.

It’s clear Antonio Giovinazzi is improving from race to race, and his lap times compared very favourably to Kimi Raikkonen’s in Monaco. However he spoiled his weekend with a rash move on Robert Kubica.

Bottas’s weekend began to go awry on his final Q3 preparation lap, when he caught traffic and his tyres cooled too much for a competitive final flying lap. Hamilton demoted him to second, and a hit from Max Verstappen left him third in the final classification.

Sebastian Vettel blunted his efforts with an ill-timed crash on Saturday morning. He qualified fourth and would have finished there if Verstappen hadn’t helpfully swiped into Bottas. Ferrari ruined Charles Leclerc’s weekend with a mystifying error in qualifying. He got his elbows out in the race and made a couple of forceful passes on Lando Norris and Romain Grosjean, but his attempt on Nico Hulkenberg had a whiff of desperation about it, and ended his race.

Verstappen was in superb form again in what was clearly his best Monaco weekend so far. It would have been a ‘Star’-worthy one if he’d had the presence of mind not to stray into Bottas in the pit lane. Gasly wasn’t to blame for the incident with Grosjean which earned him a three-place grid penalty, and ensured he ended the day last among the front-runners, albeit with another fastest lap bonus point.

Daniil Kvyat had an excellent weekend, but rued the missed chances to keep Sainz behind. Toro Rosso should be pleased with both their drivers’ efforts, as Alexander Albon was the first rookie home in Monaco, close on Kvyat’s tail.

An incautious moment at the pit exit earned Grosjean a five-second time penalty and cost him fifth place. Both Haas drivers were penalised in the race: Magnussen, having impressed in qualifying (though his team mate’s session was spoiled by Gasly), also got in trouble for cutting the chicane.

Norris was the sacrificial pawn in McLaren’s strategy, and the last car home on the lead lap. Perez, 12th, deserves an honourable mention for his quick reactions to avoid hitting a couple of marshals.

Among the hard luck stories at the back of the field were Nico Hulkenberg, who was given a puncture by Leclerc, and Kubica, who was on course to finish ahead of another runner for the first time since his comeback until he was hit by Giovinazzi. Kimi Raikkonen was puzzled by his car’s handling in the race (and Stroll’s driving), while Russell was fortunate to find himself running last when the Safety Car came out. Williams decided to pit him (eventually), and he cashed in the Giovinazzi caused a temporary track blockage to take a best-yet finish of 15th.