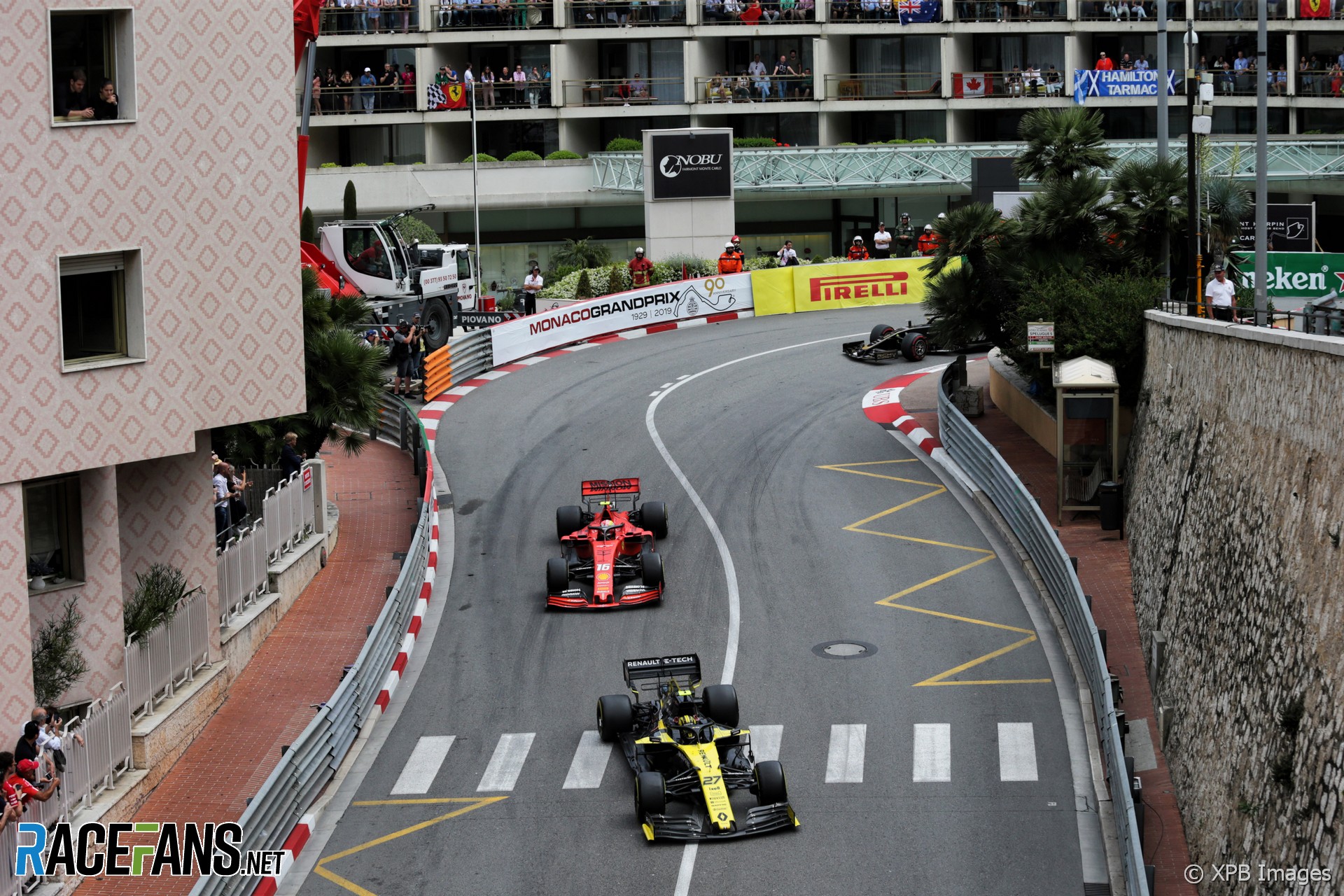 The Renault driver’s race began to go wrong when he was hit by Charles Leclerc at Rascasse.

“I had a puncture from that on the in-lap, lost a lot of time and pitted,” said Hulkenberg. “And then obviously on my out-lap the Safety Car [was] deployed so it gave everyone else an advantage of 10 seconds. So I lost a couple of positions with that.”

He was also delayed by a collision between Antonio Giovinazzi and Robert Kubica which briefly blocked the track.

“It was just going from bad to worse,” said Hulkenberg. “It went wrong where it could, basically.”

Leclerc’s attempt to pass the Renault compromised both drivers’ races. Hulkenberg said he knew the Ferrari driver had passed Romain Grosjean at the same corner on the previous lap.

“My engineer told me that so I could sense it coming but you’ve still got to weigh up your chances as a driver and know when it’s a real opportunity or when not.

“But I think he was a bit impatient there. Obviously frustrated after [qualifying]. I wanted to get through the field but it’s Monaco, it doesn’t work like that always.”

“He came first of all from quite far back, Hulkenberg explained. “I saw, I didn’t leave much of a gap anyway and I saw that he launched. I played fair, I opened the steering and tried to let him some space and tried to let us both live.

“Obviously he spun I think into his own axis. He just kissed me, I didn’t hit the wall or anything but obviously he sliced my rear tyre open and that’s where, basically, it all started to go wrong. But I think he was definitely too ambitious in that moment.”

His eventual finishing position of 13th was not what the car was capable of, Hulkenbreg added.

“It’s quite frustrating because from car pace point of view we should be much more well ahead. it’s frustrating not to get it done if the car can do it. I think the racing circumstances prevented that. We need to find new, fresh traction for Canada.”