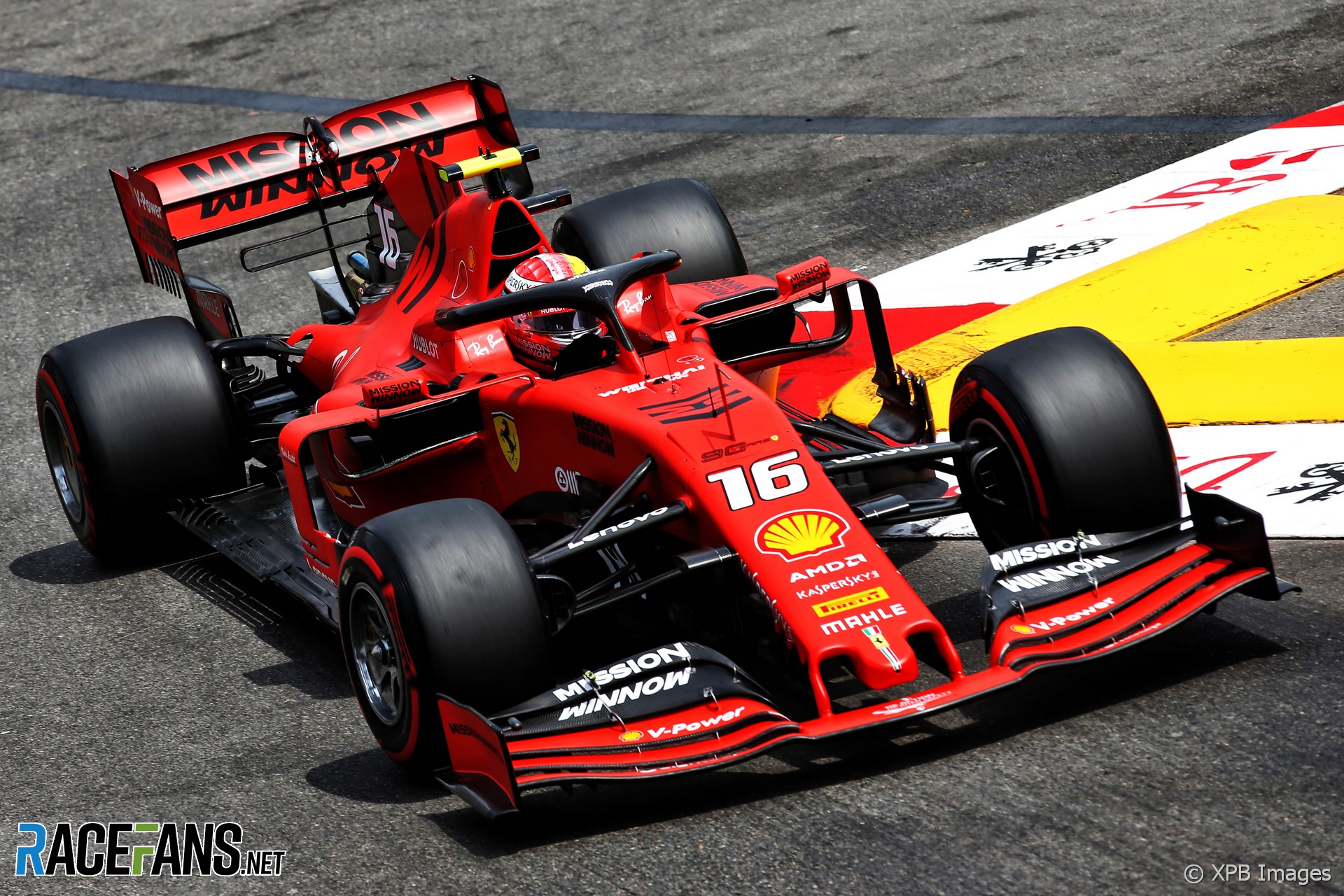 In the round-up: Charles Leclerc says Ferrari could have challenged Mercedes more closely in the Monaco Grand Prix.

Leclerc was fastest in final practice but only qualified 15th after Ferrari left him in the pits at the end of Q1. He was asked how close he could have been to Mercedes:

But if you look at the rest of the weekend I think our pace was similar.

The first official Formula 1 digital collectible has been sold for 415.9 ether tokens, a cryptocurrency, with a current value of $113,000 US. The ‘non-fungible token’ is for the F1 Delta Time blockchain game, the racing element of which will launch next year. According to the game makers this is “a record for the highest price ever paid for a branded game NFT”.

Bonsoir from @PaulRicardTrack!
108 laps today for @PierreGASLY and @redbullracing on track for testing our 2020 #Fit4F1 full wet and intermediate prototypes 🇫🇷 pic.twitter.com/h9LwTk3jCr

"Current Formula 1 world champion Lewis Hamilton, former drivers Alain Prost, Sir Jackie Stewart and Nico Rosberg were among those who came to Vienna to bid their farewells to Lauda."

Grosjean: 'We are here to compete' (The Paddock Magazine)

"When you go above 20 races, it starts to feel like a lot... I don’t know, I’m not part of that decision-making process, but I think we already have enough Grands Prix in a single year."

"Between Q1 and Q2 we lost something - we were slower in Q2 compared to Q1, and considering the track improvement and so on, it's just unrealistic. Then we fucked up the weekend."

"Sometimes it’s not about racing anymore, it’s about crossing the line and doing this, and systems, and this. That’s how it is."

Six races in there’s been little to shout about Robert Kubica’s return to F1.

Kubica hasn’t been that far off Russell at times in single lap/qualifying pace but in the races he’s often been significantly slower. When they were in clear air at Monaco it was the same story.

I think it’s pretty clear that Robert isn’t anywhere near the level he was before his accident and that in race pace he isn’t on the pace of George Russell and has consistently been the slowest driver in the field which hurts me to say actually.

It’s the think I think some were warning of a year ago as many were pushing for his comeback looking at what he had achieved in the past. The accident, His injuries and years away from F1 were always going to ensure he didn’t come back with the same pace he had before and that was why coming back was always going to be a disappointment and why those expecting the Kubica from 2010 were always going to be wrong.
PeterG